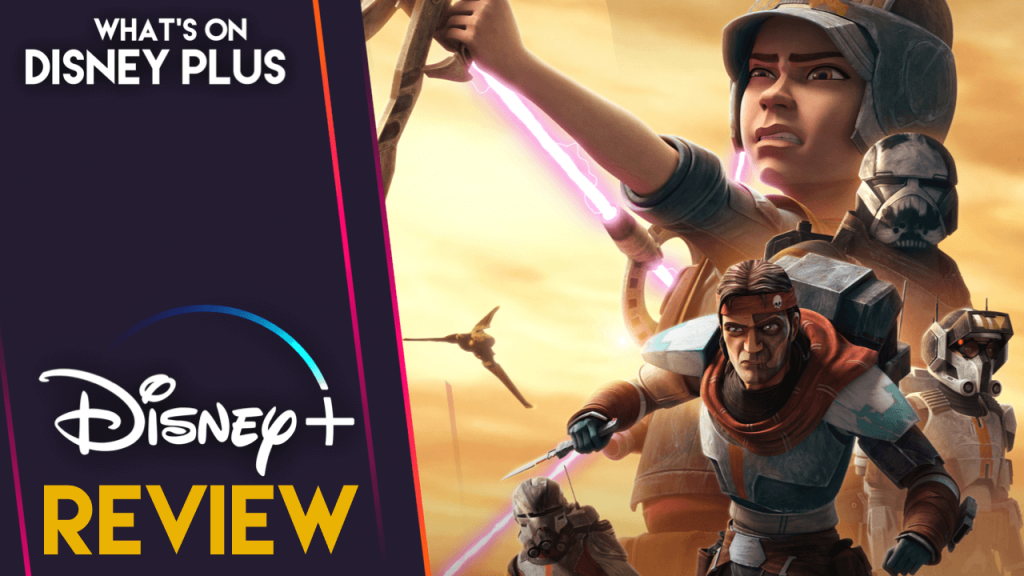 “The Bad Batch” are back with a brand new season of a further 16 episodes, where we see the team dealing with the implications of becoming a team of mercenaries, battling against the Empire for the good of others and themselves.

Disney has provided the majority of the new season in advance for me to review, bar the two-part finale, which won’t arrive on Disney+ until the end of March 2023.

The new season debuts with a two-parter, which gets us right up to steam on where the team currently are, hiding away from the Empire, doing mercenary missions, that allow the show to have a little more fun and a less rigid format.  The simplicity of having the majority of the episodes being a single story, with just a few subtle hints at future storylines, is what you’d expect from an animated series.  Having sixteen episodes, having one single story throughout just isn’t going to work.

There is a variety of different storylines involving heists, podracing, rescue missions, treasure hunting and much more.  So there is something for most tastes, while hinting at the problems the Empire brings to the universe.  As the lines between Separatists and Republic from the Clone War era become much more blurred.

The animation style continues to be another great thing about this series, with some stunning locations, that simply couldn’t be recreated in a live-action series without some major money.  And that’s what is so great about the animated series like “The Bad Batch”. they continue to be able to expand the Star Wars universe in a way that live-action series or films can’t.

As you might expect, there are plenty of little easter eggs scattered throughout the season, with some well-known characters popping in, providing a boost to the show, which is something most Star Wars fans would expect from a Dave Filoni show.

For fans of the first season of “The Bad Batch”, this series is just more of the same.  There is some character development, especially with the gang dealing with basically becoming fathers/brothers to Omega.    However, much like with the first season, my biggest problem continues to be Omega, as the character obviously is there for younger viewers to connect with, but she’s just a bit annoying, especially as she is constantly rebelling against not just her brothers but also the system.  She’s the only thing about this series that keeps this show from moving onto the next level.

“The Bad Batch” is a great animated series, it isn’t perfect, but it helps fill in that period between the prequel and classic trilogies.  There isn’t really anything in this series that blew me away, but I still enjoyed watching it.  Much like with “Rebels” and “The Clone Wars”, it’s important to remember, this is an animated series, designed mainly for younger audiences, but grownup fans can also enjoy the stories.  All of these Star Wars animated shows have some filler episodes, but collectively, over time and multiple episodes, they further the Star Wars story in a positive way.

Overall, “The Bad Batch” season two is just more of the same, so fans of the series will enjoy it, Star Wars fans are going to love the little easter eggs and subtle continuous storyline throughout, but remember, it’s still an animated series at its core and keep expectations in check.   I really enjoyed the show and can’t wait to see where this season is heading.

The first two episodes of the second season of “Star Wars: The Bad Batch” are out on Disney+ today, and new episodes are being released every Wednesday.