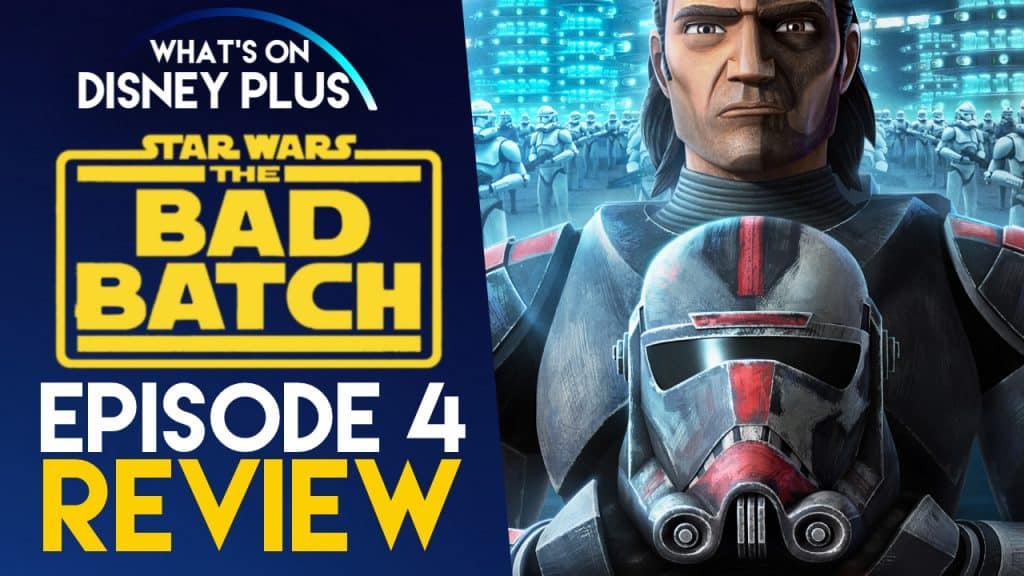 The fourth episode of Star Wars: The Bad Batch arrived on Disney+ today and sees the gang head to a local spaceport to get supplies.  As you might expect, not everything goes according to plan, when they bump into a familiar face, when Bounty Hunter Fennec Shand tries to kidnap Omega.

If you enjoyed the speedster chase scene from “The Attack Of The Clones”, this episode pulls on that style, with everyone racing through the city, trying to capture a Bounty Hunter, with the local police force also giving chase, but as you might expect, not really helping.

One of the great things “The Bad Batch” is doing, is by spending time in a world directly after the events of the creation of the Galactic Empire.  It’s the little touches about mentioning what’s going on in the world around them, especially with people being happy the Clone Wars are over and not really seeing what the Empire is doing.

An aspect of this episode that I also thought was interesting was how the “Bad Batch” team aren’t used to having to spend money/credits to get what they need.  They don’t see monetary value in things, because the Republic always covered their needs.  They adapt pretty quickly, but it’s these small touches that are making this series much more enjoyable.

Another great thing about this episode, is that we get to see Fennec Shand in action as a bounty hunter, who was introduced to us in the Disney+ Original series “The Mandalorian”.  The character will also play a big part in the upcoming series “The Book Of Boba Fett”.  Getting Ming-Na Wen back to provide the voice helps connect the Disney+ shows together, and she looks like she will become one of the main villains for this series.

Once again, the character development within this episode is forced on Omega and Hunter, with Wrecker being made out to be the big dumb idiot and the tech guys once again standing around fixing things. Hopefully, at some point in the future, they can do more with Tech and Echo, because so far, they aren’t very interesting characters.

This episode was much more fun because of the addition of Fennec. Had it been a generic new bounty hunter, it wouldn’t have been as impressive, since we don’t have that connection with this character.  It’s not a groundbreaking episode, it’s fun, it’s simple but effective.