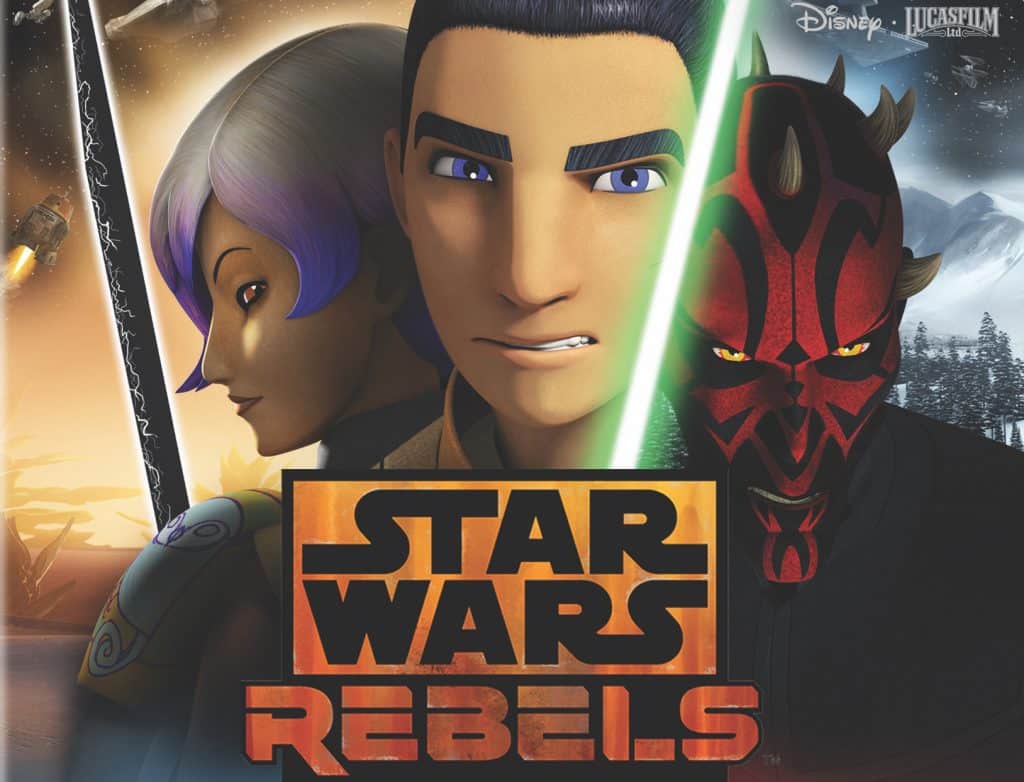 Hera is now in command of a rebel squadron. Ezra is now taking a leadership role. Kanan is now blind and is learning new ways to hone his Jedi power. Zeb and Sabine are both growing in their roles as rebels. And, there’s a villainous member of the Empire making his way to the rebellion under the alias of Fulcrum. All in all, Season 3 of “Star Wars: Rebels” has been the best I’ve reviewed so far.

This show has been absolutely exciting from the beginning of Season 1 right up to the final episode of Season 3. I love how they worked in Darth Maul and Obi-Wan Kenobi. They’ve teased several people falling to the dark side throughout Star Wars canon, but Ezra’s descent and eventual emergence on the side of light was one of the best they’ve done. Meanwhile, Kanan’s struggle after losing his eyesight in the Season 2 finale and his growth as he learns new ways to understand and use the force has been spectacular. Plus, you can really see the relationship between Kanan and Hera growing. When the series started, it seemed like it was just a mutual partnership and nothing more. But, in season 3, you can see romanting interest from both. It’s subtle, but it’s there. It’s a much better told love story than what George Lucas attempted in “Attack of the Clones.” 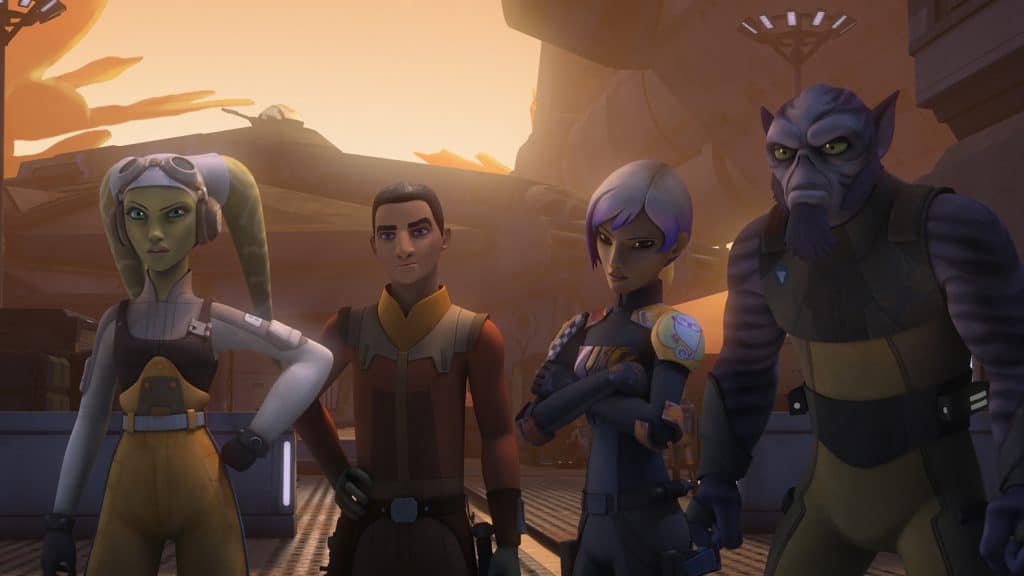 The changing of allegiance for Agent Kallas was also done wonderfully. At the beginning, he seemed like one of the least likely people to become disillusioned with the Empire. But, his interactions with Zeb, and later Ezra, led to him becoming Fulcrum and providing assistance to the rebels. It was a welcome character development and one I wish we saw more of in all of entertainment, but especially in “Star Wars.” We’ve seen Anakin’s descent, Luke question himself before deciding to never turn to the darkside and Ben Solo become Kylo Ren, but this is someone evil becoming good, it’s been done in books; it’s been done in other franchises, but this is the best I’ve seen “Star Wars” do.

If there’s one thing I wish I could’ve seen more of in this season, it’s Mandalor. When I watched the first run of this series, I didn’t mind Sabine leaving the Phoenix squadron to help take care of her home. I didn’t mind that we didn’t see her again until the finale. But, since viewing “The Mandalorian,” I really want to see what was going on on Mandalor while the rebels were dealing with the Empire. I still like the storytelling of Sabine helping her home, I just would’ve liked something telling what she was doing while the rest of her friends were elsewhere. Maybe that could’ve been a companion series of shorts. Maybe that could be done now and tied back as Disney+ Original miniseries. But, right now, I want to see Sabine appear on “The Mandalorian” so we can learn more about her and what she’s been up to since the ending of “Rebels.”

This was my favorite season of “Rebels” to date. And, “Rebels” remains my favorite of the “Star Wars” animated series to date. I can’t wait to rewatch and review Season 4.

What did you think of Season 3 of “Star Wars: Rebels?”

Jeremy has been a big Disney fan since he was a kid growing up during the Disney Renaissance. One day he hopes to go to every Disney Park in the world.
View all posts
Tags: disney, retro review, review, star wars, star wars rebels