To celebrate the highly anticipated “Andor” finale on Disney+, and to help kick off the Thanksgiving holiday, Disney will be offering viewers a special opportunity to watch the first two episodes of the acclaimed “Star Wars: Andor” series across its unparalleled distribution platforms including ABC, FX, Freeform and Hulu.

“Andor” episodes “Kassa” and “That Would Be Me” will be made available on the following schedule over the Thanksgiving holiday, with Hulu offering an extended streaming window: 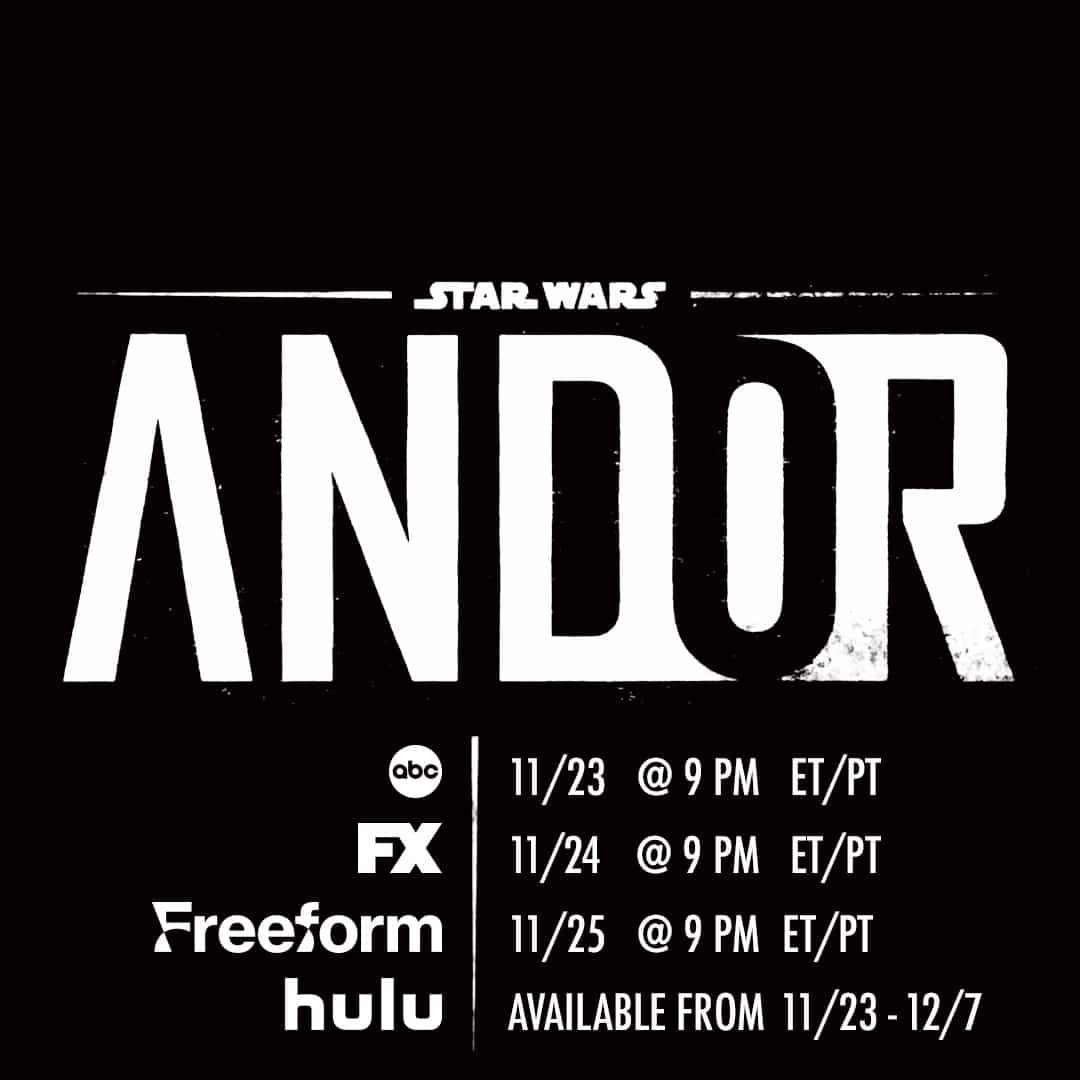 “Andor,” a Star Wars series from Lucasfilm, is streaming on Disney+, where subscribers currently have access to the first 10 episodes, with Episode 12, the finale, premiering Wednesday, November 23rd.

The “Andor” series – set five years before the events of Rogue One – focuses on Cassian Andor and his journey toward becoming a rebel hero. The tale is set against the backdrop of a burgeoning rebellion against a ruthless Empire, where people and planets are drawn into a conflict that will have far-reaching effects across the galaxy. It’s an era filled with danger, deception and intrigue, and one that will test the courage and resolve of a reluctant hero determined to make a difference.

This move will offer a sneak peek of the series to those Disney viewers, who maybe don’t know about “Andor” and utilise Disney’s linear networks to promote Disney+.