During the opening Lucasfilm panel at Star Wars Celebration, Disney has released the first trailer of the new Disney+ Original series, “Andor” and revealed that the series will be coming to Disney+ from Wednesday 31st August 2022, with a double episode premiere. 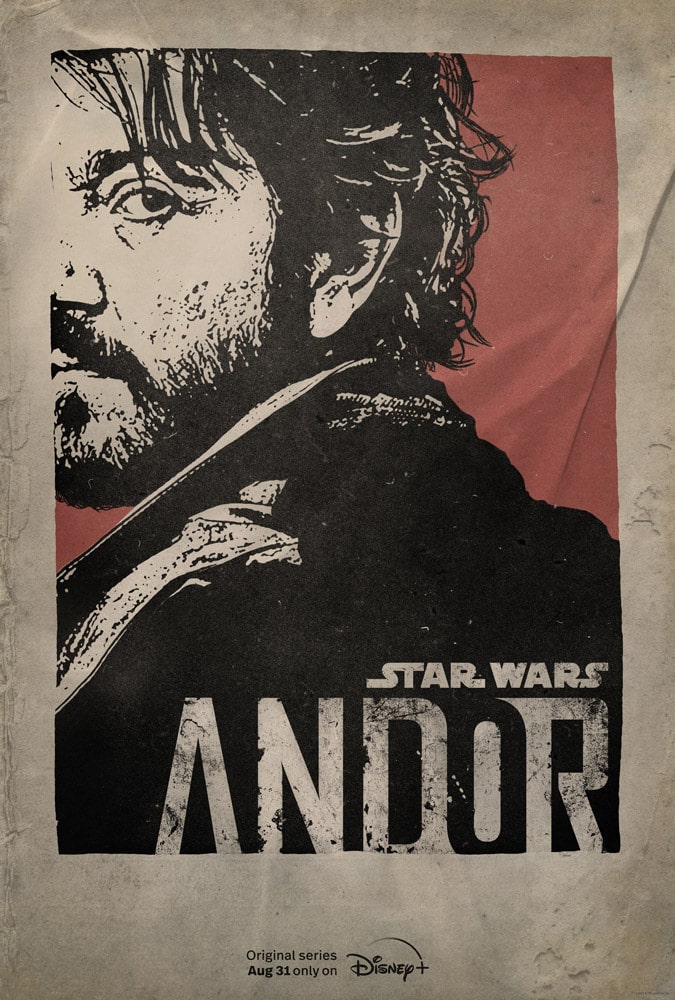 The series creator Tony Gilroy confirmed the first season will consist of 12 episodes and the second season will be filming later this year, with another 12 episodes. The finale will then lead straight into the events from “Rogue One”.

Roger has been a Disney fan since he was a kid and this interest has grown over the years. He has visited Disney Parks around the globe and has a vast collection of Disney movies and collectibles. He is the owner of What's On Disney Plus & DisKingdom. Email: Roger@WhatsOnDisneyPlus.com Twitter: Twitter.com/RogPalmerUK Facebook: Facebook.com/rogpalmeruk
View all posts
Tags: andor, star wars, star wars celebration