Disney has released a new character poster of Kleya Marki, who is the concierge at Luthen Rael’s Galactic Antiquities and Objects of Interest gallery, Kleya Marki is a master of disguise. At the shop, Kleya works out front assisting customers and restoring precious artifacts. But when called upon, she is the perfect emissary, messenger, and enforcer, for Luthen’s spy operation, with a highly attenuated intuition and unflinching commitment to the rebel cause.

Check out the new “Andor” poster below 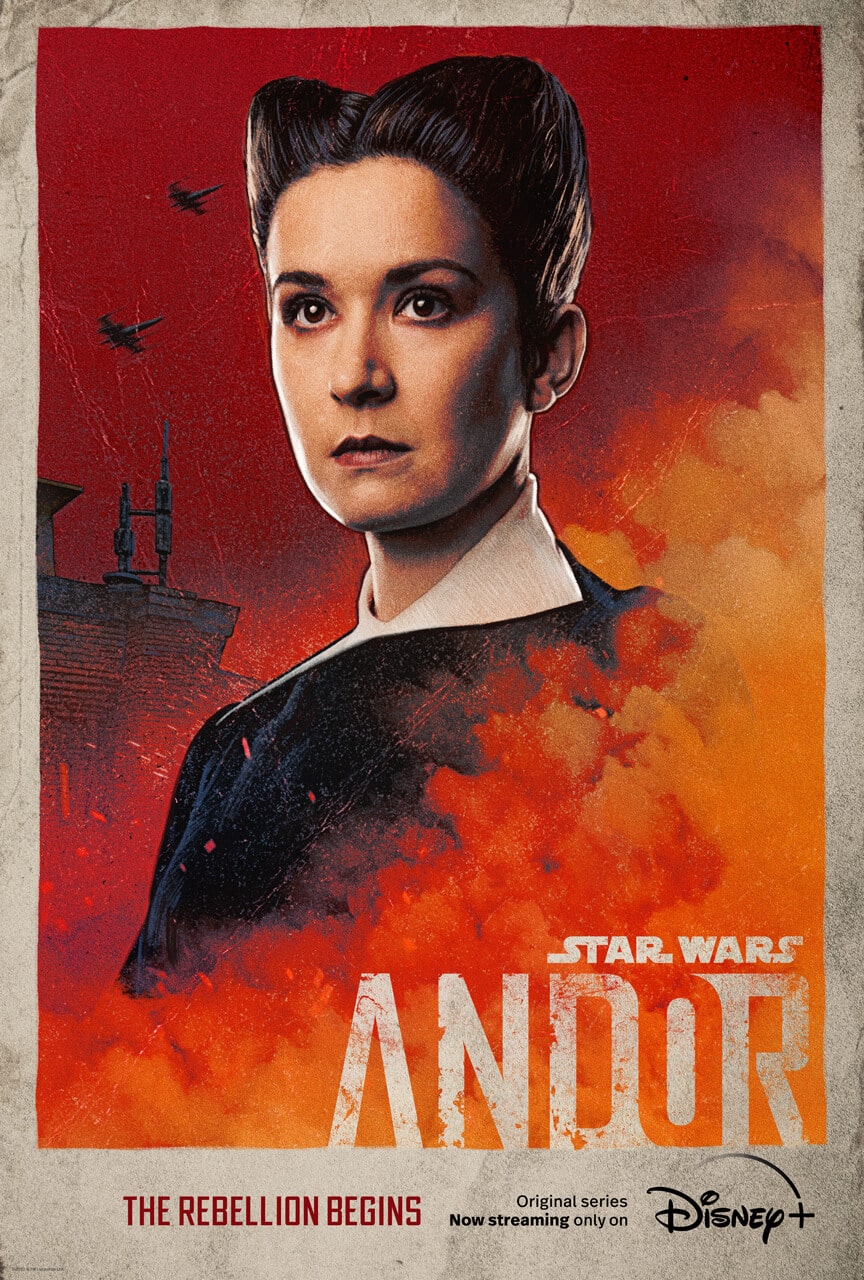