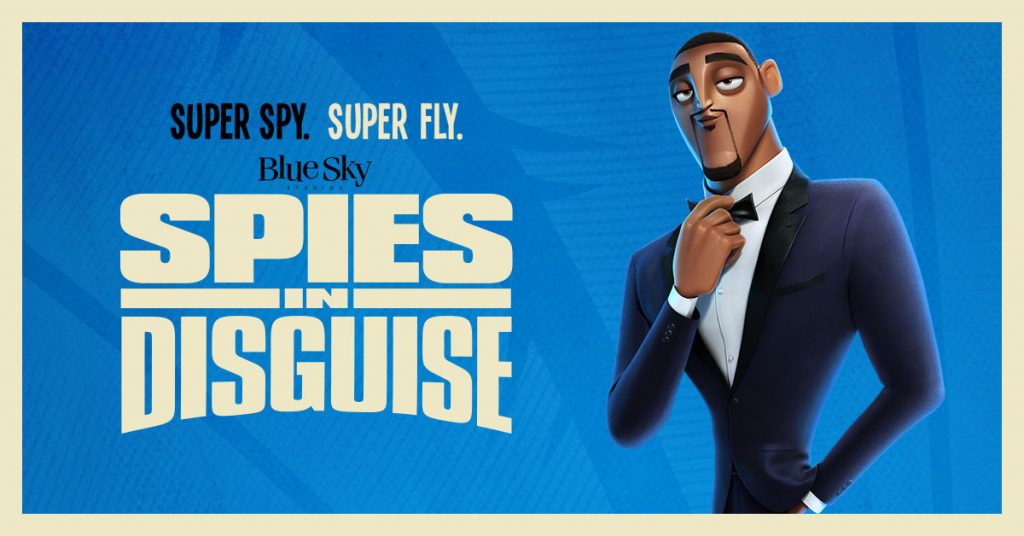 Blue Sky Studios latest animated movie, “Spies In Disguise” is set to come to Disney+ in the UK on Friday, September 11th.  The film is loosely based on the 2009 animated short Pigeon: Impossible by Lucas Martell.

“Spies In Disguise” tells the story of super-spy Lance Sterling and scientist Walter Beckett, who are almost exact opposites. Lance is smooth, suave and debonair. Walter is not. But what Walter lacks in social skills he makes up for in smarts and invention, creating the awesome gadgets Lance uses on his epic missions. But when events take an unexpected turn, Walter and Lance suddenly have to rely on each other in a whole new way. And if this odd couple can’t learn to work as a team, the whole world is in peril.

It stars Tom Holland as scientist Walter Beckett and Will Smith as the super-spy Lance Sterling.

The film has already been made available on Disney+ in Japan, Italy and India.  However, due to an existing contract between 20th Century Fox and HBO, it won’t be coming to Disney+ in the United States for a while.

Are you looking forward to seeing Spies In Disguise?

Roger has been a Disney fan since he was a kid and this interest has grown over the years. He has visited Disney Parks around the globe and has a vast collection of Disney movies and collectibles. He is the owner of What's On Disney Plus & DisKingdom. Email: Roger@WhatsOnDisneyPlus.com Twitter: Twitter.com/RogPalmerUK Facebook: Facebook.com/rogpalmeruk
View all posts
Tags: spies in disguise

When Will “Spies In Disguise” Be Coming To Disney+ ?