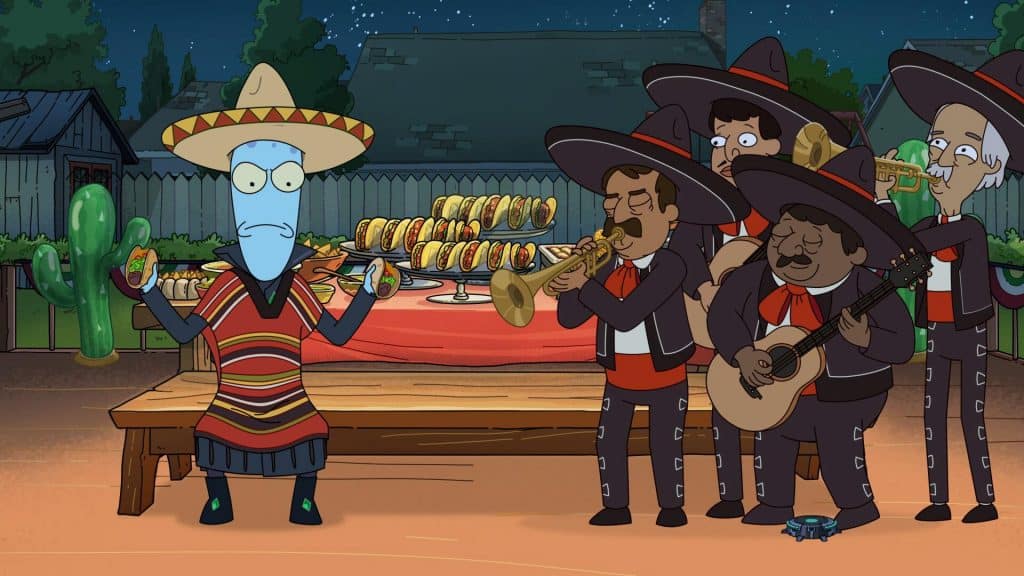 Solar Opposites is a new animated series aimed at adults that is available exclusively on Disney+ as a “Star Original” in many countries, including the UK, Canada and Australia.

The show sees a family of aliens from a better world forced to take refuge in middle America after an asteroid destroys their planet.  But the family can’t disagree on whether Earth is awful or awesome.

There are two plots in the third episode; one sees Korvo become a magician when his family ditch him for this Taco Tuesday nights for a local kids birthday party.  Using his futurist knowledge, Korvo becomes an internet viral sensation and becomes the biggest magician on the planet, leading to some hilarious and gruesome moments that I certainly chuckled at.

The second plot of this episode is set in a mad max style zone, where Yumyulack has been using his shrink ray on people, keeping them locked away in his bedroom.  This is one aspect of the show that is crazy but adds such a cool side plot to the show, because the people create a new world, where they are forced to survive, eating only candy that Jesse drops in to feed them and turning everyday items into other items.  It’s an ingenious idea and allows the show to go to some fascinating but dark places. 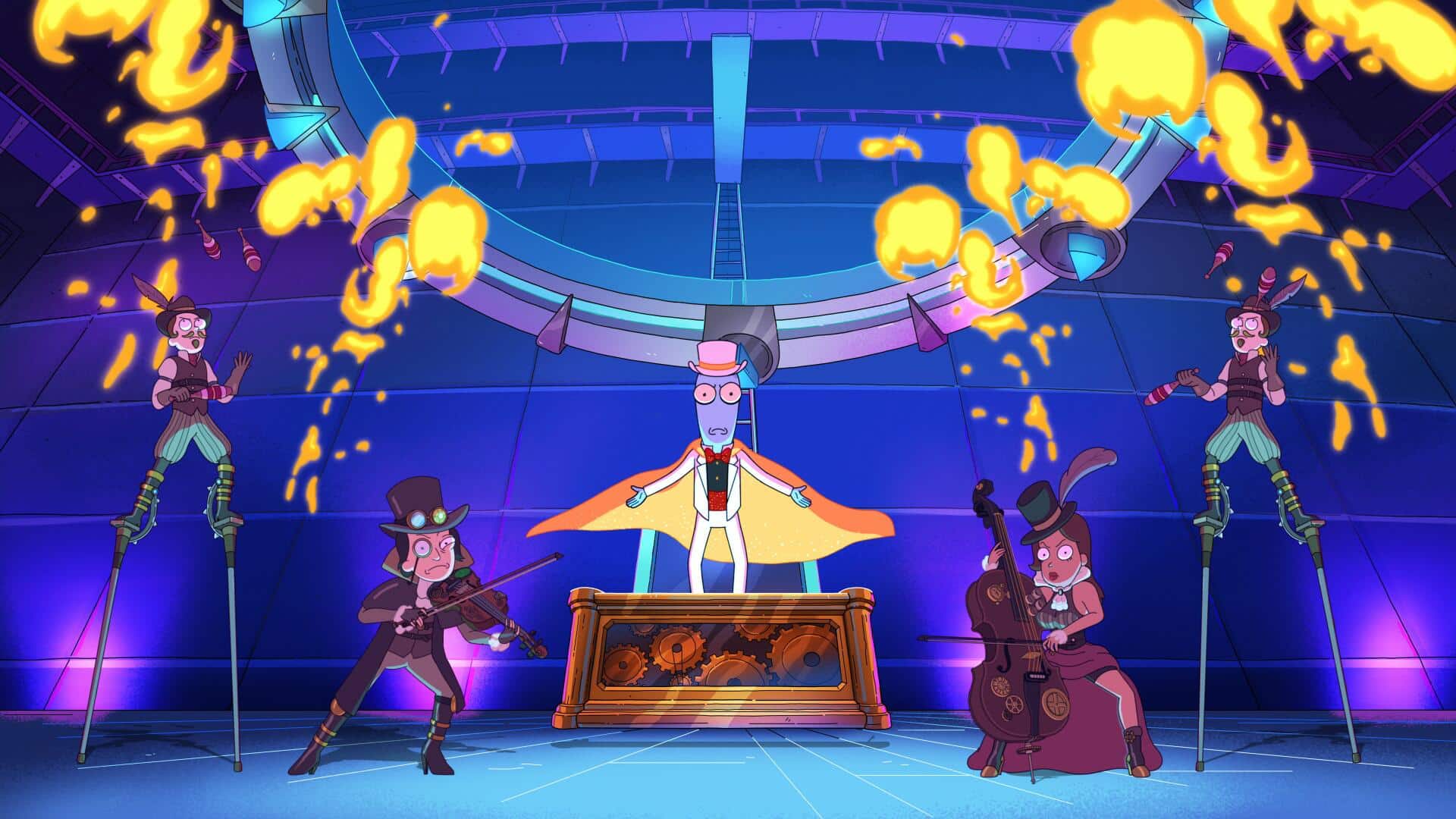 Without a doubt, “Solar Opposites” is no doubt going to be a huge hit for Disney+ as it fits in very nicely with many other adult animated shows like “Family Guy”, “The Simpsons”, “Futurama” and “American Dad”, which are already hugely popular on Disney+ within just days of the “Star” launch becoming some of the most popular shows on the streaming service.

It’s crazy, it’s brutal, but it’s funny, and that’s what I’m really enjoying about “Solar Opposites”.  While many of the other popular animated series has been running for years, “Solar Opposites” feels fresh.  It’s extremely clever, and the third episode was fun to watch.  The idea that the aliens don’t have the same ideas and values as humans, makes it so much more fun, since it allows the characters to do things that wouldn’t work in other animated comedies.

If you like “Rick & Morty”, “South Park” or “Family Guy”, this show will be right up your street and well worth checking out.