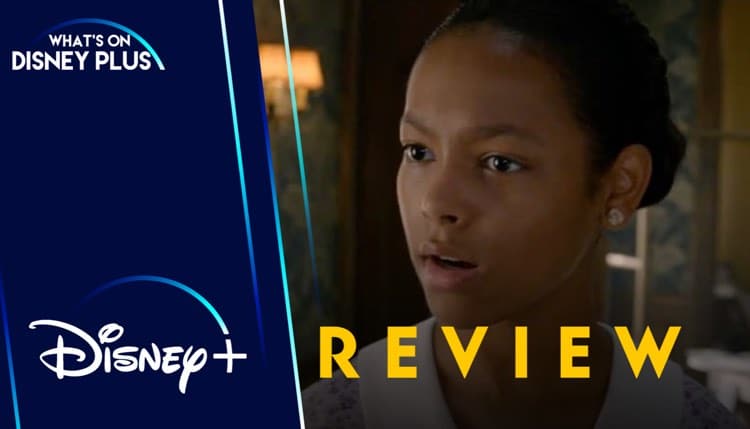 Harper and Daisy switch places while Topher learns about the bomb shelter while trying to get the ghost to write something in the mirror in the second episode of the second season of “Secrets of Sulpher Springs.” Harper is curious as to what is happening in the 1930s, so she and Griffin travel through time, but her great grandmother, Daisy, finds the portal and comes back to present day. When Harper’s mother sees Daisy, she thinks she’s Harper and takes her to work at the shop. Griffin tries to help guide Daisy while Harper pretends to be Daisy in the 1930s. But Zoey and Wyatt are convinced a ghost is trying to communicate through the mirror so they bring Topher over to help. He finds the fallout shelter and the time machine and takes the crystal preventing Harper and Daisy from switching places again.

This is a very intriguing storyline. It’s nothing new. We’ve seen lookalikes have to pretend to be someone else before. It’s the entire plot of “The Parent Trap.” But, add in the mystery surrounding time travel and the fear of ghosts and this one has me hooked. I’m intrigued to see how a girl from the present day will make it in the 1930s and I’m intrigued to see how modern technology will baffle the time traveler from the past. Again, we’ve seen it before, but I’m curious as to how it’s going to work this time. There will be some tried and true tropes, but I hope to see something different to help this stand out. I am curious to learn more about how these three timelines will intersect again. I want to know more about what appears to be the ghost of Daisy’s mother at the Tremont in the 1930s and if that is who is communicating through the mirror. We learned in this episode Daisy’s brother Sam is trying to build a time machine. Does he discover time travel or is it a situation where his curiosity sparks someone else into learning the secrets of time travel. Plus, the teaser hints that “The Legend of Moss Man” told to scare campers in the first season may actually be based on Daisy’s brother Sam working at the camp as an adult.

This series is doing a lot to pull me in for each new episode. Sometimes shows based around mystery lose their way quickly by putting in too much mystery. Others don’t have enough mystery to work. So far, this show is doing a great job of being the right amount of mysterious to attract not only pre-teens and younger teens, but me as well. I can’t wait to see what happens next.

Jeremy has been a big Disney fan since he was a kid growing up during the Disney Renaissance. One day he hopes to go to every Disney Park in the world.
View all posts
Tags: disney, Disney Channel Original Series, No Time to Waste, review, Secrets Of Sulphur Springs