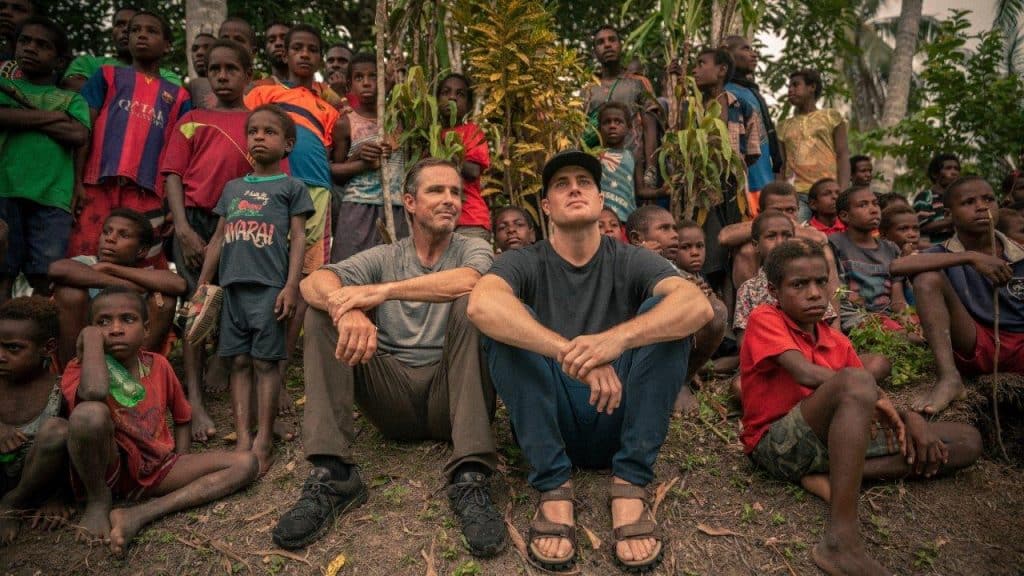 The fifth episode of this new National Geographic travel series, “Rogue Trip”, sees ABC News Correspondent Bob Woodruff and his son Mack, travel to Papua New Guinea.  This series sees the father and son duo are visiting some of the world’s most unexpected places and doing things normal tourists wouldn’t get to see or do.

Meeting the local tribe is how this episode kicks off, which showcases the friendly and welcoming villagers.  They explain their local rituals and even use “magic” to heal some of their issues.   But its the scene with them hunting crocodiles and their eggs, was more interesting to me, since who doesn’t like people trying to find crocs with their feet! 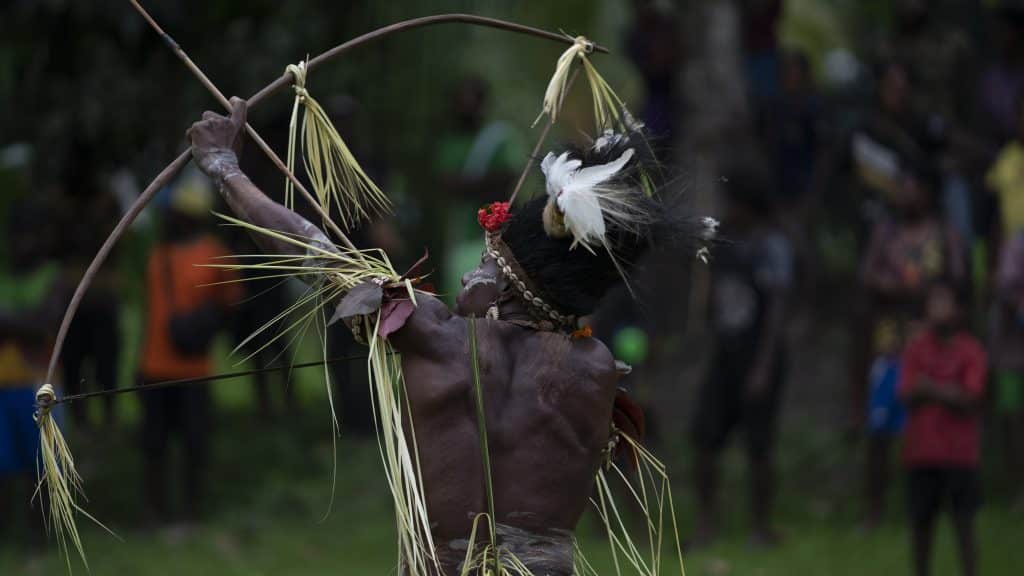 This episode also sees them trying to race traditional canoes, visit a cave filled with human bone remains and try to catch sea turtles!  For anyone who has wanted to visit one of the last remaining wildernesses left in the world, this episode will no doubt make you want to see.

Compared to the first episode, Mack seemed much more relaxed while filming the show, since he had a few more months practice since he isn’t as experienced as his father, Bob.     The home footage of Bob recovering from a roadside bomb accident in Iraq and seeing them discussing the incident, but more importantly seeing how they’ve enjoyed making this series.  Because that love for travelling and spending time together, is what makes a road trip.  I’ve been on many trips around the world, meeting tribes and doing things, I never thought I’d get to do, so seeing this show, just makes me want to do more. 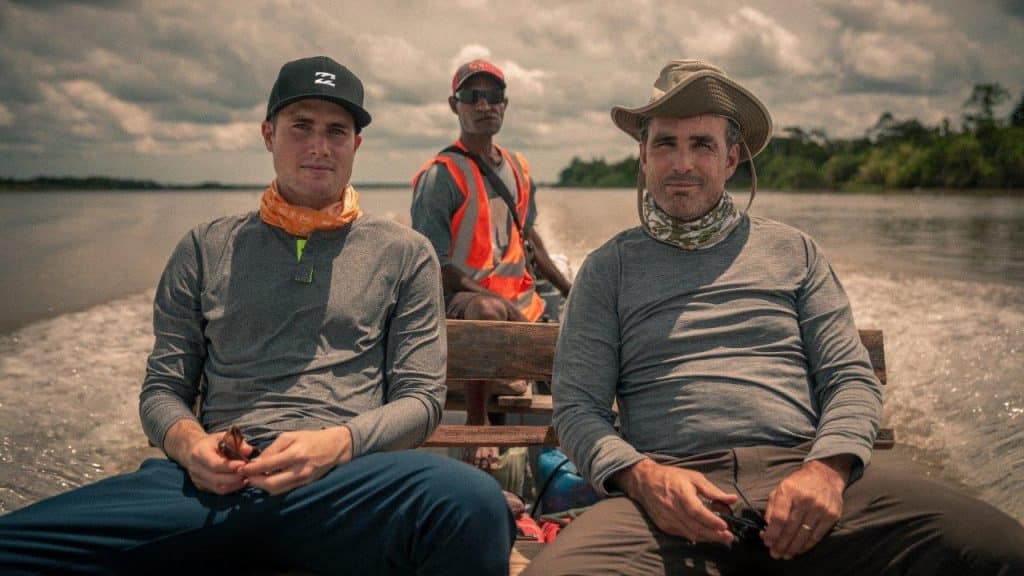 “Rogue Trip” is quickly becoming one of my favourite shows on Disney+, it’s based on a topic that I love, and more importantly, this is a show that would have usually just aired on National Geographic.  It’s perfectly fine for a family to watch together, but children aren’t the target audience, which Disney+ needs more of.  For people who love travelling or want to know more about the world, this is the show for you.

Roger has been a Disney fan since he was a kid and this interest has grown over the years. He has visited Disney Parks around the globe and has a vast collection of Disney movies and collectibles. He is the owner of What's On Disney Plus & DisKingdom. Email: Roger@WhatsOnDisneyPlus.com Twitter: Twitter.com/RogPalmerUK Facebook: Facebook.com/rogpalmeruk
View all posts
Tags: review, rogue trip