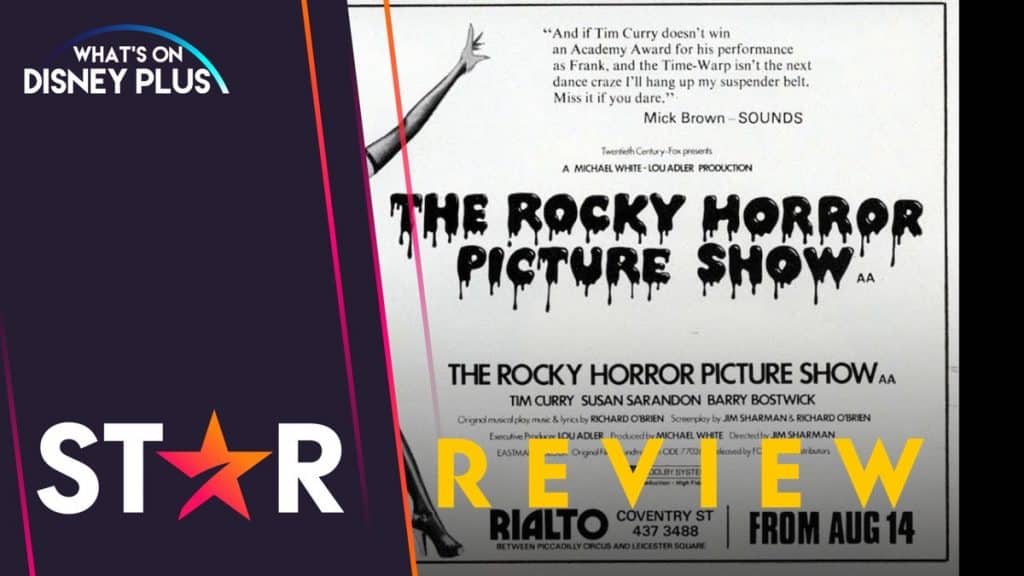 As a film fan, deciding which is the best musical ever made is a very tall order. But for many people, The Rocky Horror Picture Show would be on the shortlist without a second thought. Yes, a lot of that has to do with several songs standing the test of time to become iconic. However, as Rocky Horror closes within just a few years of its 50th anniversary (yes, really!) it’s also worth remembering that the unapologetically unique film has developed a substantial following within the LGBTQ+ community. A fandom that will no doubt carry its legacy for at least another 50 years to come.

As to the reason why, I believe that the film’s gloriously brazen attitude towards sex, sexuality, and gender speaks for itself. It deals with characters suffering from sexual suppression, all the way to the other end of the spectrum where the main “villain” is a blend of sexuality and gender. Blurring the lines until they might as well no longer exist. I mean, one of the better known songs is simply titled “sweet transvestite”. For a film approaching half a century, it pulls no punches and makes no excuses. Everyone simply is who they are. The plot accepts this and moves on, thus making it prime material for Pride gatherings.

Of course, a movie can have a worthwhile message and yet still be terrible as a whole. Thankfully, Rocky Horror is carried by some truly outstanding acting and some admirable vocals on the music front. Bostwick and Sarandon shine as Brad and Janet respectively, serving as perfect initial proxies for the audience; relatively normal people plunged into a bizarre world of oddities and excess.

What makes these performances all the more remarkable however is that both are strong enough actors to subtlety react to what’s happening around them and gradually alter their behaviour as they begin to adjust to and eventually revel in the unabashed craziness going on around them. So much of these metamorphoses are portrayed by body language that by the time they both vocalise their evolving feelings via some killer tunes, it all feels perfectly earned.

Now, if any single actor has ever stolen the show, it was Tim Curry as Dr. Frank-N-Furter. Admittedly, the character doesn’t undergo too much growth throughout the course of the film (though he is hugely integral to the plot) but that doesn’t matter when the man’s sheer charisma leaps off the screen and grabs you by the throat. Granted, he’s probably the weakest on the singing front among the main cast but he struts around (quite literally on a couple of occasions) with so much confidence and swagger that it really doesn’t matter. Curry embodies the character and makes it his own mix of menace and unsettling seduction. When he’s on-screen, he has your attention. It really is a performance for the ages.

Before I move on from the acting portion of this retrospective, it would be remiss of me if I didn’t mention Eddie (the late, great Meatloaf) and Riff Raff (Richard O’Brien). Meatloaf effectively has an extended cameo (though the fate of his character is critical to the plot) but his musical set piece is so intense and striking that it leaves an impression. Meanwhile, O’Brien’s Riff Raff is a play on the trope of the disfigured assistant to the mad scientist seen in the Frankenstein movies of Universal’s past. Still, he brought us the eternal ear worm that is “Time Warp”, so all cliches are instantly forgiven.

You’ve seen me mention the music throughout (it is a musical, after all) but now feels about the right time to state this categorically: Rocky Horror Picture Show possesses one of the strongest, most memorable soundtracks of cinematic history so far. Things open with the almost melancholic “Science Fiction/Double Feature”, quickly pep up with “Dammit Janet” and then we’re off to the races with some of the aforementioned classics such as “Time Warp” and “Sweet Transvestite” plus plenty more. I feel comfortable saying that even if you think you don’t know any of this music, cultural osmosis has made almost absolutely sure that you’ve picked up at least a line or two.

And that’s perhaps the slightly paradoxical thing about this film. So many of its songs have burrowed into so many brains and yet, the plot itself means very little and doesn’t linger too long after viewing. It’s serviceable and as I mentioned earlier, it works to facilitate character growth and convey a theme but the nuts and bolts of the narrative through-line just kind of exist as a framework for music.

And at the end of the day, perhaps that’s what makes this campy classic so spectacular. If you want to, you can just vaguely pay attention to the story and sing along to some incredible tunes. But if you’re that way inclined, there’s just enough subtext to celebrate a story of accepting who we are. A tale warning that repression of self is unhealthy but losing yourself to complete wantonness can also be detrimental. Or you can just dress up and enjoy your local midnight screening. Whatever works for you.

The Rocky Horror Picture Show is available on Disney+ in a maximum resolution of 1080p HD and standard 5.1 surround sound on compatibility devices. This is in line with the Blu Ray releases worldwide.

Once again, The Rocky Horror Picture Show does not include an “Extras” tab on its page. Therefore, not even a standard trailer or “promo clip” is available.

“The Rocky Horror Picture Show” is available to stream on Disney+ now in many countries including the UK and Ireland, Canada, Australia and New Zealand, The Netherlands and more.

What are your thoughts on “The Rocky Horror Picture Show”?

Jon has been a Disney fan all of his life. From wearing out those expensive VHS tapes and visiting Disneyland Paris as a child to becoming a huge fan of the MCU in adulthood, Disney has helped shape some of the happiest, most fun moments he can remember.
View all posts
Tags: retro reviews, rocky horror picture show, star