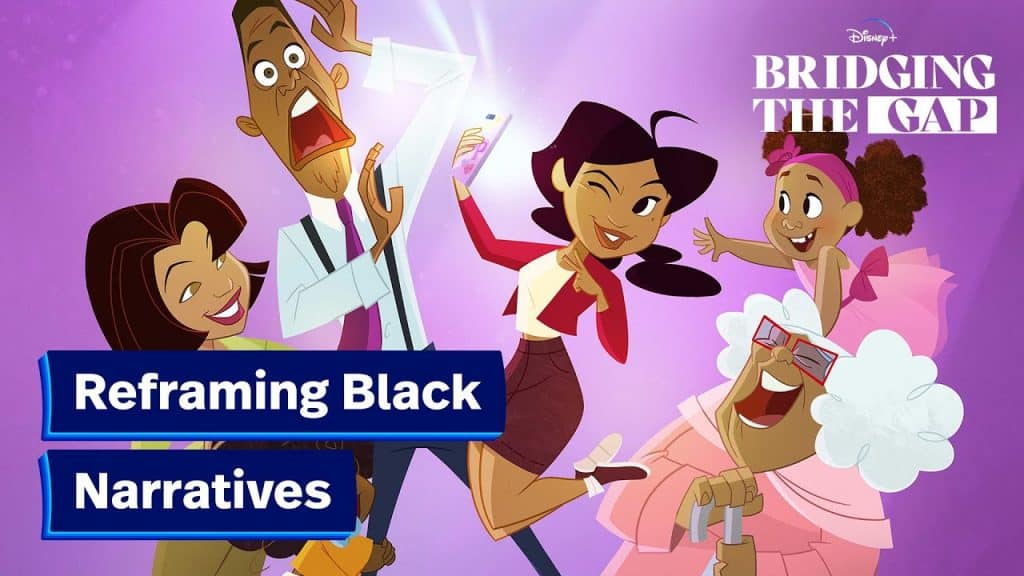 Disney has released a new episode of its online series, “Disney+: Bridging The Gap”, which sees Disney+ filmmakers, animators, creatives, and talent will join host, Brea Baker, to have an open and honest conversation about their lives, careers, and hopes for the future.

On this episode of “Bridging the Gap,” Ralph Farquhar (Executive Producer), Bruce W. Smith (Creator/Executive Producer), Latoya Raveneau (Director), and Tara Whitaker (Director) from “The Proud Family: Louder And Prouder” to discuss how essential Black perspectives are to reframing Black narratives. These creatives continue to prove how stories that authentically depict Black experiences and familial dynamics are vital to the portrayal of Black lives on screen.

“The Proud Family: Louder And Prouder” is available on Disney+ now.