What's On Disney Plus > Blog > Brands > Disney > Prop Culture Episode 104 – “Pirates of the Caribbean: The Curse of the Black Pearl” Review 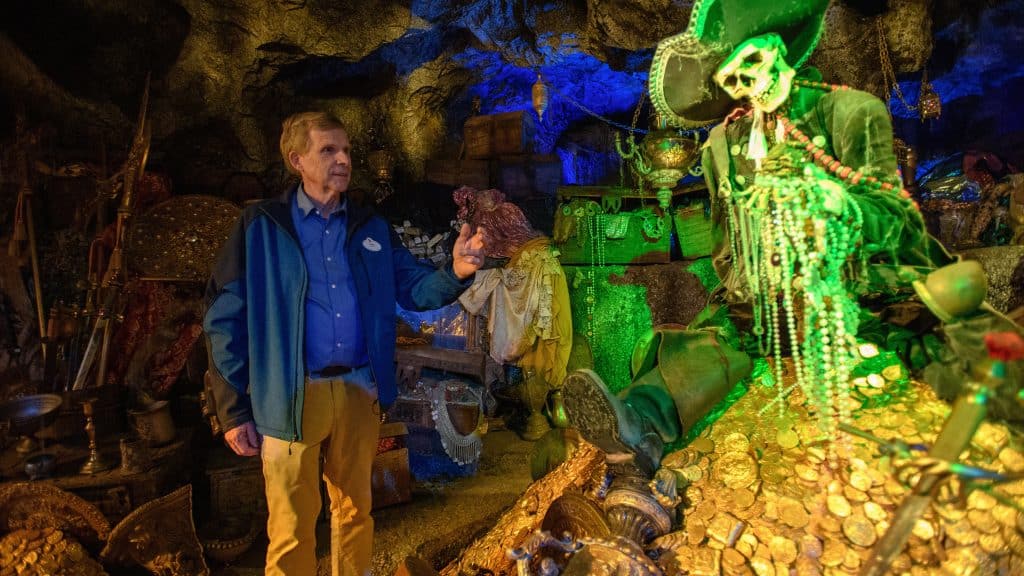 As a huge fan of the Pirates of the Caribbean franchise, be it the movies or the theme park attractions, this episode of Prop Culture is a must see.  This episode takes the presenter, Dan Lanigan, to the Caribbean island of Saint Vincent, which is the location where the movie was filmed.  We get to see some of the places used during the first film, get to meet the costume designer behind the fantastic outfits and see some of the props that the locals had been able to get their hands on.

We also get shown some of the huge “miniatures” that were used to create some of the boat battles, along with a full sized version of the Black Pearl.  Other highlights include having the swordmaker explain the process of making swords for movies, how he tries to make them as close to the real thing as possible.   This show really highlights the level of detail that goes into filmmaking, which many people will completely overlook.

No episode based on “Pirates of the Caribbean” is complete without visiting the attraction and Dan gets taken on a tour of the ride, which also includes some real life props from the movie.  Which is great since so many people get to see these props daily while riding the attraction, without ever knowing its from the film.

One of the great things about this series is that it hasn’t been restricted to just being filmed in Hollywood, where most of the props are located.  Taking the show out of “Hollywood”, makes the show feel much “larger”, moving it from just being a bonus extra you might find on a Blu-Ray and turning it into its own thing.    For anyone who loves knowing how movies are made, this is a must see. 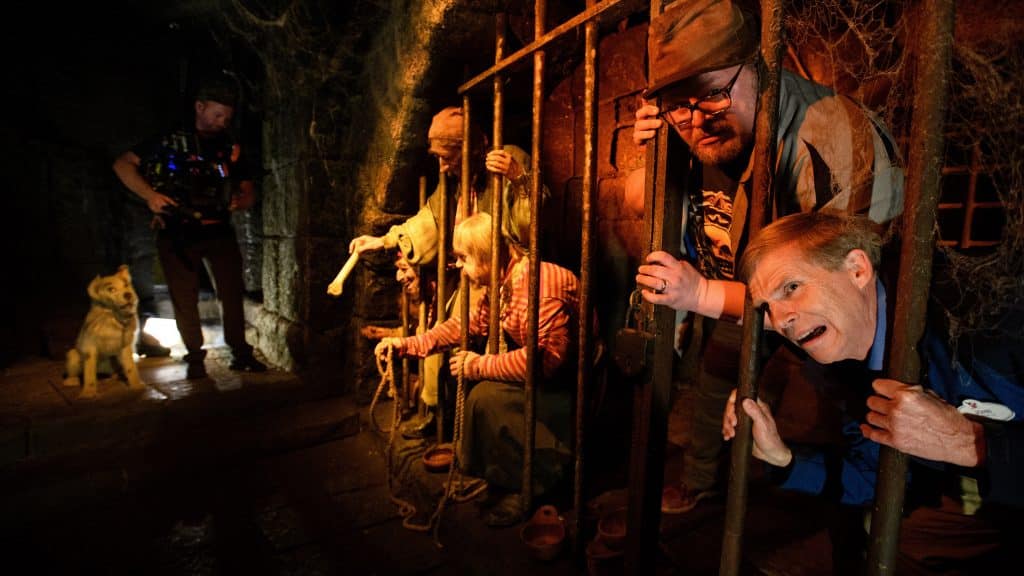 This series continues to show so much love for the films, with Dan’s passion for them and the process of making them, shining through.    Which is one of the reasons this show is enjoyable, because it’s not just a random presenter that is just doing it for a job.

Fans of the movie and ride should definitely watch this episode.  At the halfway point through the series, it’s quickly becoming one of the highlights of Disney+ and up there with another documentary series, The Imagineering Story.

Roger has been a Disney fan since he was a kid and this interest has grown over the years. He has visited Disney Parks around the globe and has a vast collection of Disney movies and collectibles. He is the owner of What's On Disney Plus & DisKingdom. Email: Roger@WhatsOnDisneyPlus.com Twitter: Twitter.com/RogPalmerUK Facebook: Facebook.com/rogpalmeruk
View all posts
Tags: pirates of the caribbean, Prop culture, review