‘Prince Harry: In His Own Words’ Special Coming Soon To ABC & Hulu

What's On Disney Plus > Blog > Brands > HULU > ‘Prince Harry: In His Own Words’ Special Coming Soon To ABC & Hulu 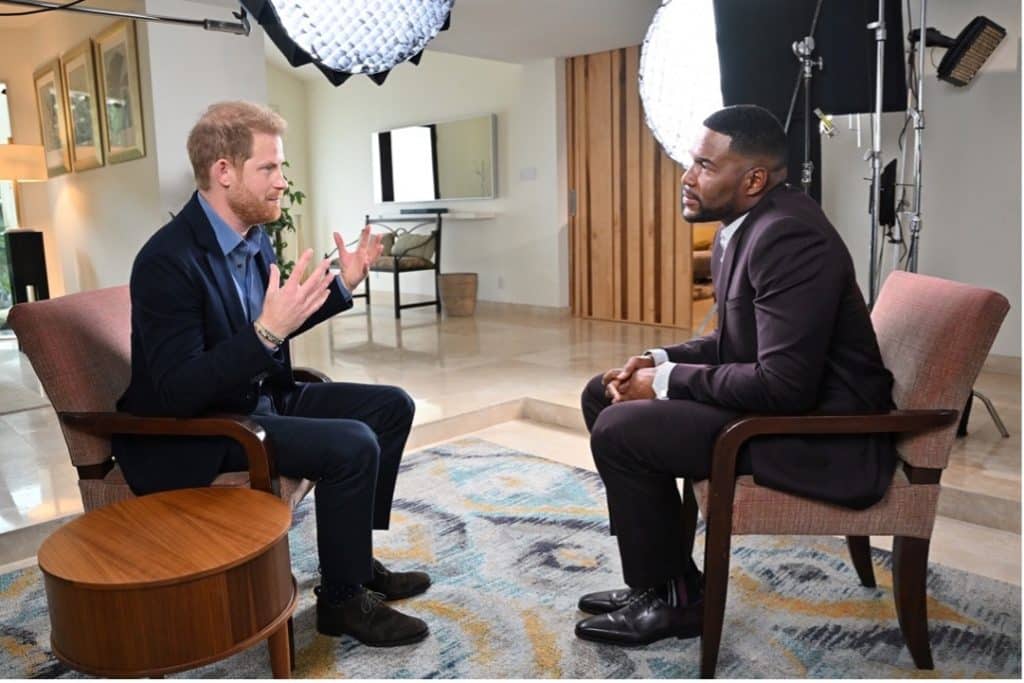 ‘Prince Harry: In His Own Words’ Special Coming Soon To ABC & Hulu

Just ahead of the release of Prince Harry’s memoir, “Spare,” on January 10th, 2023, Disney has announced details of an upcoming special called “‘Prince Harry: In His Own Words”, where ABC News’ “Good Morning America” co-anchor Michael Strahan sits down with Prince Harry in a wide-ranging one-on-one interview.

On the eve of his memoir’s publication, Prince Harry discusses his relationship with Prince William and King Charles, how Princess Diana would feel about the rift between her sons, whether he wants to reconcile with the family, the pressure of the U.K. tabloids, finding his purpose in the military, processing the grief over his mother’s death and more.

The half-hour special will stream on the same day on ABC News Live (8:30 p.m. EST, 9:30 p.m. PST), and it will also be available on Hulu.   There will be other interviews with Prince Harry coming out next week, including one with British Journalist Tom Bradby for ITV News and another with Anderson Cooper for 60 Minutes on CBS.