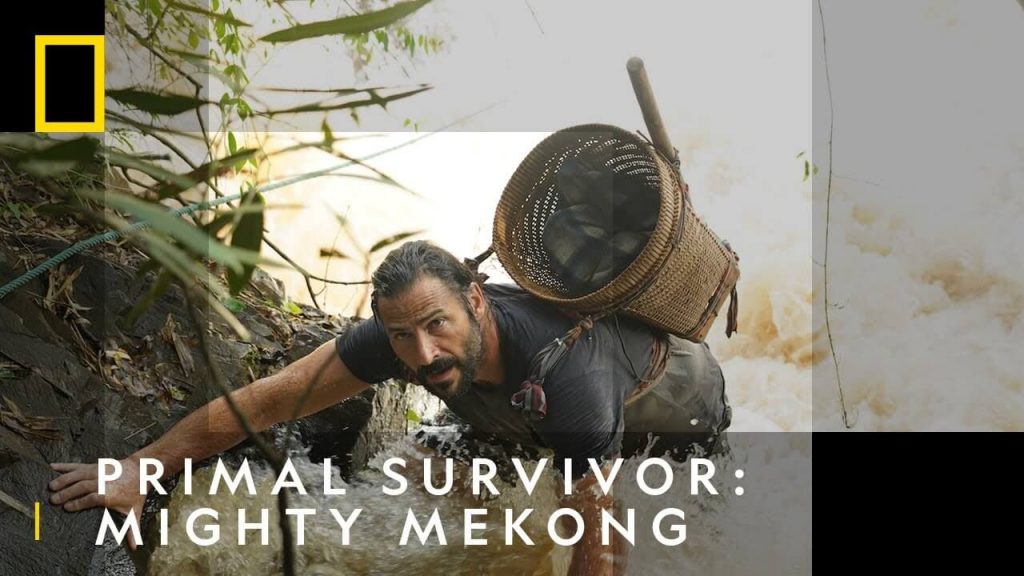 Disney has announced that the first season of the National Geographic series, “Primal Survivor: Mighty Mekong”, will be added to Disney+ in Canada on Wednesday, 16th November 2022.

The series sees survivalist Hazen Audel travelling 500 miles along the Mekong River Basin, in the journey of a lifetime. He faces remote jungle and flooded plains, soaring cloud-forest and brutal limestone peaks, relying only on the traditional survival skills of the Mekong’s indigenous people – all at the toughest time of the year, when Monsoon Season peaks, and the landscape is at its wildest and most challenging.

Hazen Audel has travelled to some of the most extreme places to meet indigenous tribes and learn their techniques of survival. Armed with these new skills, he then sets out into the wilderness alone battling the jungles of Suriname and Peru in South America, the cloud forests in northern Laos, the limestone cliffs in the Philippines, and the jungles of the Malay Peninsula and Papua New Guinea.

This series is a spin-off of “Primal Survivor”, which is also available to stream on Disney+.

Roger has been a Disney fan since he was a kid and this interest has grown over the years. He has visited Disney Parks around the globe and has a vast collection of Disney movies and collectibles. He is the owner of What's On Disney Plus & DisKingdom. Email: Roger@WhatsOnDisneyPlus.com Twitter: Twitter.com/RogPalmerUK Facebook: Facebook.com/rogpalmeruk
View all posts
Tags: Primal Survivor: Mighty Mekong