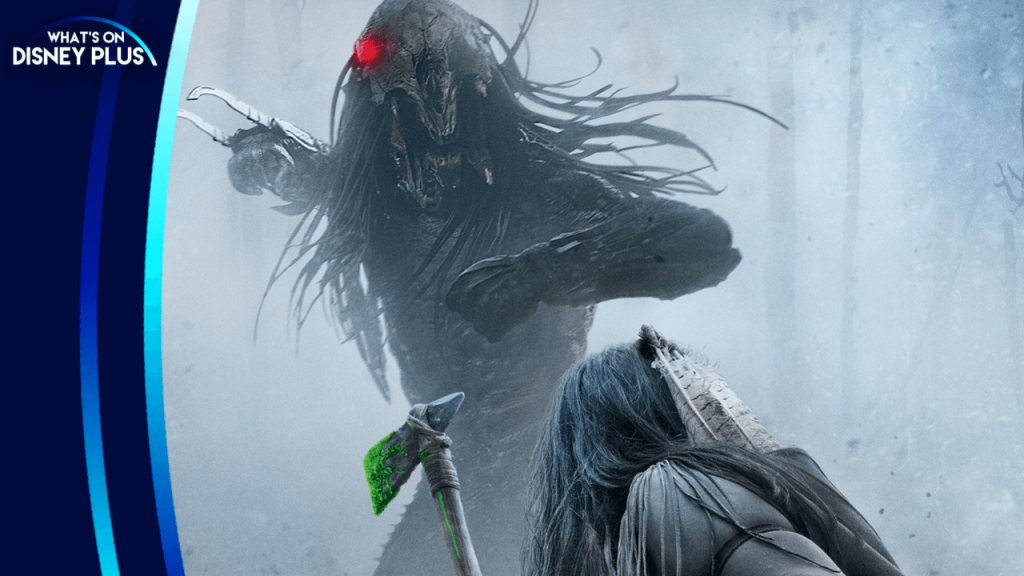 The latest film in the Predator franchise, Prey, is coming to Hulu in the US and on Disney+ internationally on August 5th 2022. This film takes place 300 years ago, making it technically the first Predator film. Starring Amber Midthunder and Dakota Beavers, Prey takes the franchise back to its roots with a true hunt, and some truly wicked kills.

During the press conference for the upcoming film, we chatted with Midthunder and Beavers, as well as Director Dan Trachtenberg and Producer Jhane Myers, about making Prey, the challenges they came across, and so much more.

Prey is the second film for Director Dan Trachtenberg, his first being 10 Cloverfield Lane. It might seem like it has been a long time since the 2016 film, and when asked about his directing break, Trachtenberg admits that he started work on Prey about a year after Cloverfield Lane, the film just took this long to make. Because of the Fox-Disney merger, and the pandemic, the timeline for Prey got delayed.

As for the inspiration behind it? Trachtenberg says it was a couple of things. “One was really wanting to make a movie that was primarily action-driven, mainly told visually, but not wanting to that just be fun, just be a good time, to wanna inject that with heart and emotion. And so, the idea to pair the engine of a sports movie, of an underdog story with an action movie was a part of the genesis of this. And then, it became, well what if the story could focus on characters that normally are not the heroes of the movie that they’re in? So that the watching of the movie could be linked to the experience that the characters go through.”

Prey is an entirely physical movie. Midthunder explains that the cast did a four-week camp before they started shooting so that they could train. “Comanche-style archery, spears, tomahawks.” The stunt team was at the camp training as well so that they could all work together on the fights. “We also had a personal trainer. For me, probably the scariest thing was the river. Because the idea of live water, it’s both very exciting to me and also terrifying. And it was summertime, but it was glacial runoff water. So it was so cold. We were there for like five days. So for five days, I would wake up and be like, ice bath. Like before I got in, I was just watching it. I was just like filled with anxiety. But it ended up being pretty cool.”

Trachtenberg adds that there is a difference in elevation they had to deal with as well, and that in itself added a challenge to the physical training. “Even walking around with that elevation was pretty challenging. So both these guys went through the wringer.”

What Drew The Cast To Prey?

Dakota Beavers says that he was always drawn to acting, but never thought it could happen because he didn’t know anybody in the industry. He was just making music and working at T.J. Maxx when he got a role in another film that was unfortunately canceled because of COVID. “Then I got an email that said hey, I want you to audition for this small part in this movie. And I was like, okay. And long story short, it ended up being [Prey]. And I don’t know why they hired me. But I’m forever happy that they did.”

Amber Midthunder recalls meeting with Dan Trachtenberg pre-pandemic about a movie, but before it could go anywhere, COVID hit, and it disappeared from her life. Then it came back, and even though she auditioned she still had no clue what the film was because it was under a working title. “Somebody told me it was Predator, and I cried. And I had not had the job yet. And it wasn’t even good tears. It was scared tears. Just at the concept of like, how big everything seemed. When I read the script for the first time, I remember reading 30 straight pages of action.”

The cast and crew were in Canada for six months filming Prey, and they couldn’t even see their families because the country was closed due to the pandemic. Midthunder confesses that the COVID element added a lot to the closeness of the cast, and it was clear what everyone was putting into Prey – their all. 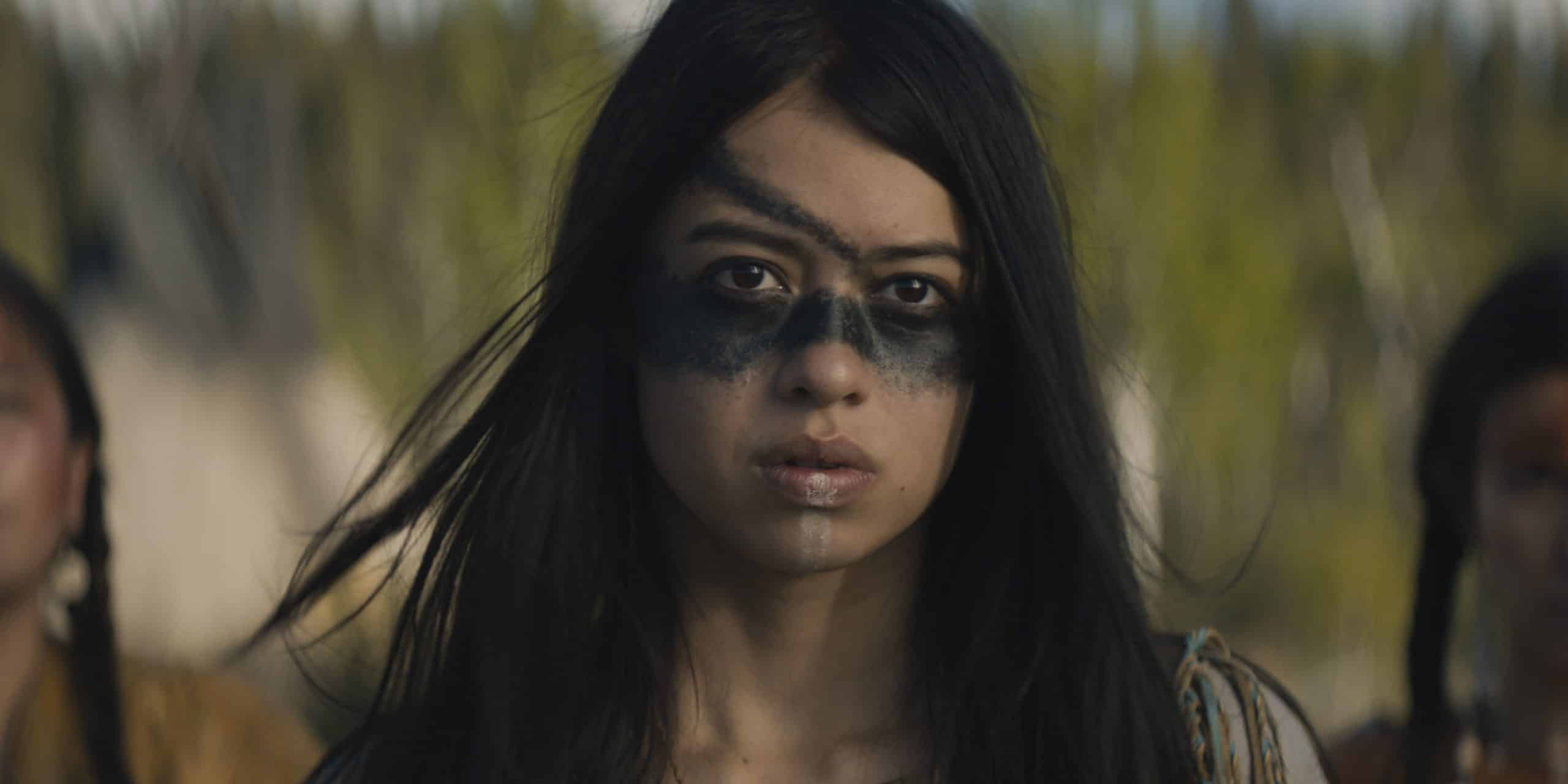 With Prey taking place 300 years in the past, the majority of the weapons used are ripped from the history books. The team was certain to make the film as historically accurate as possible, giving the main characters weapons that the indigenous people had in that time period. “We didn’t adapt to using weapons like guns and things that have firepower until pretty deep into colonization. So this is right before that time period, when things started mixing, obviously. There’s French fur trappers and stuff like that.” Amber Midthunder explains.

She continues on to say that we have always been a resourceful people through strategy and weapons, so that is why she loved having Producer Jhane Myers involved. “Having somebody who
specialized in the Comanche people [was so cool]. These are her people. So having somebody who specialized in that knowledge and that history felt really special to me to connect with that, ’cause I’m not Comanche. But I am, Assiniboine Sioux. Also, Northern Plains. So it’s very close to what my people did. So really, it was cool to be able to show that to a big audience — like people who
will watch this film, is to kind of take that piece of history and put it in a movie like this and make it look just as cool as like weapons and explosions.”

Trachtenberg adds “One thing I really thought was interesting was whenever we were setting up the stunts and the fights, the stunt guy, Steven, I think he did The Hobbit so he’s used to working with bows. It was just so interesting to see because obviously, you can’t really go super hand-to-hand with this big old space alien ’cause it’ll just level you. So it’s a lot of precision. It’s a lot of speed. It’s a lot of physical movement. And just the way it came together was absolutely wicked. And it shows you what them Comanches can do.”

Prey streams exclusively on Hulu in the US and on Disney+ around the world on August 5th, and you don’t want to miss it!

Tessa Smith AKA Mama's Geeky, is a journalist that covers geek and Disney culture on her own website, as well as freelances for other sites such as What's On Disney Plus and Screen Rant. She graduated Magna Cum Laude with a degree in Marketing and loves all things geeky. She is a Disney Vacation Club member and a Founders Circle Member of Disney+. She is also an approved critic for Rotten Tomatoes and a member of the Critics Choice Association. Tessa lives in Upstate New York with her husband, two daughters, and two dogs named Sansa and Khaleesi.
View all posts
Tags: prey