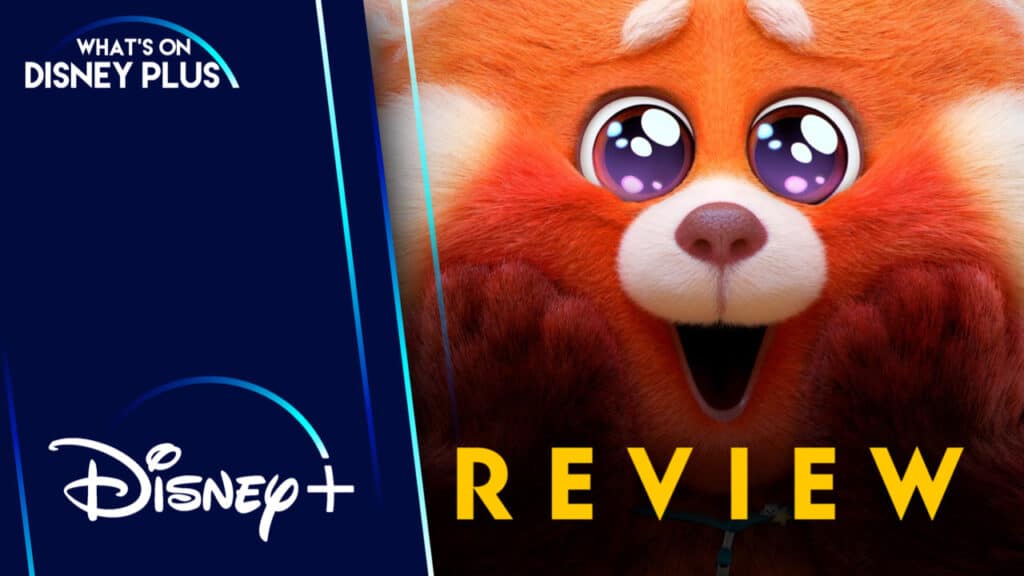 Pixar’s latest animated film, “Turning Red”, introduces Mei Lee, who is a confident, dorky 13-year-old who is an honour student who loves spending time with her friends at school and a boy band called “4*Town”. While she balances out everything perfectly, she is trying to be her mother’s dutiful daughter, who runs a special temple in Toronto.

But, just when everything seems to be going ok, Mei Lee starts to grow up, as one night she magically “poofs” into a giant red panda. This sets off a chain of events as she struggles to deal with getting older, having feelings for boys, and her emotions are out of control.

Her overbearing mother, Ming, is never far away and struggles with the idea that her little daughter is growing up. They finally work out how to control Mei Lee’s emotions, but life is never that easy. When Mei Lee finds out her favourite boy band is coming to the Skydome to perform, this sets off a chain of events that needs all of the family to come together to support one another. This film is really going to resonate with women. The symbolism of a young girl “Turning Red” once a month and her emotions are becoming out of control, is a pretty obvious reference to getting a period. And while they never say it, seeing Mei Lee’s parents rushing around, with her mum running in with a box full of pads, plus blankets and a hot water bottle. While also wanting to have a talk with her daughter about what’s happening to her body, it was really well done.

One of the things that this film does so well, is that it takes the symbolism of a period, but by making it about turning into a giant red panda, younger kids aren’t going to have a clue about what it’s really about. I think this film will become extremely useful to generations of young girls, which have a great story about the changes that happen to girls during this time in their lives. But it’s wrapped up in a lovely package, where it’s subtle, but if you know, you know. I also think this film will be a great conversation starter for parents with their daughters. It’s an easy way of bringing the subject up or preparing girls for the changes about to happen. Plus, just as importantly, helpful for boys to learn more about periods. For that exact reason, I think adults will completely relate to this film on many different levels, from parents trying to handle their children growing up and adults relating to having gone through the chaos of puberty themselves. But the best thing, is younger audiences will just think it’s funny that Mei Lee turns into a panda and won’t think about what’s actually happening.

The setting of “Turning Red” is so different from anything we’ve seen so far from a Disney or Pixar film. Since it’s set in Toronto, they fully embrace that it’s Canadian, but more importantly, set in Chinatown, with lots of Asian influences. The look of this film is exciting, since it incorporates so many influences, especially with an anime style, that I found adorable. Plus, when Mei Lee becomes the Panda, she’s such an adorable character, and I love how they completely embrace the cute factor. I’m not kidding when I say I went straight online after the film and pre-ordered a cute plush version of the character!

Overall: Pixar has done it again. “Turning Red” is a beautiful and heartwarming film that mixes an important message with a fun story, that can go right over kids’ heads, but entertain them, while giving older audiences something to think about. It’s a fantastic film, and I really enjoyed watching it.

“Turning Red” is coming to Disney+ on Friday 11th March

Roger has been a Disney fan since he was a kid and this interest has grown over the years. He has visited Disney Parks around the globe and has a vast collection of Disney movies and collectibles. He is the owner of What's On Disney Plus & DisKingdom. Email: Roger@WhatsOnDisneyPlus.com Twitter: Twitter.com/RogPalmerUK Facebook: Facebook.com/rogpalmeruk
View all posts
Tags: review, turning red