Pixar’s latest movie, Lightyear, is the movie that young Andy from Toy Story loves so much, and is the reason behind his Buzz Lightyear toy. In an early press day, the creators discuss why they signed Chris Evans to take over the iconic role, as well as what Lightyear is all about — time travel and nostalgia. It was very clear just how passionate this team is about this film, and that is was made from the heart.

Director Angus MacLane started at Pixar when they were working on Toy Story 2, so he is no stranger to Buzz Lightyear. However, as expressed many times, this is not the same Buzz, which is why Tim Allen is not voicing him this time around, Chris Evans is.

Lightyear creators explain just how important it was for them to differentiate Buzz from the toy that fans already know and love. Because of this they needed a new voice. A voice that would be able to be both dramatic and comedic, but most importantly heroic without coming off as arrogant or dense. Chris Evans was their one and only choice for many reasons.

He has the gravitas, seriousness, and balance of comedy and drama that Pixar was looking for. He is not too goofy, and is always able to laugh at himself. Not to mention, he has played a hero out of time before, something that the story of Lightyear heavily focuses on, and he does so comedically well. Evans is also a huge animation fan, and was very involved in the project. He even attended animation dailies.

“When we finally previewed the movie, the feedback totally liked Chris as Buzz. The thing for me was, because I’d worked with the character for so many years and had my idea of what the character was in my own head, there’s the movie, and then there’s what I took from it. How do we make sure that the movie is really, really fun and really great? And if you like the movie and you have a great time, then that’s gonna be the ultimate goal.” – Angus MacLane (Director/Screenwriter)

Lightyear Is About Nostalgia & Time Travel

One of the major themes of Lightyear is the dangers of nostalgia and living in the past. “They say you can’t live in the past, but what if you could?” questions MacLane. That was his major inspiration behind this film, and the building block he started with. He adds, “We all wonder what it’s like to go back in time, but instead, we’re jumping forward in time, all of us. So that’s the truth I wanted to build a hand around for Lightyear. Nostalgia for the past, while rapidly jumping to the future.”

Because of Buzz’s job, he is traveling through time, but that separates him from society and his loved ones. Lightyear is a fish out of water story, like a Rip Van Winkle trapped in a future he doesn’t recognize, trying so desperately to get back to where he came from and correct the mistake of his youth.

A Research Trip To NASA

In order to be sure they got every possible detail correct, the Lightyear creative team took a research trip to NASA. A research trip’s goal is to take the key creatives and introduce them to the people, environments, and experiences that will impact the design and language of the film. For Lightyear, space travel was a major aspect, so what better place to checkout than NASA.

“We were treated to a comprehensive multi-day exploration of the Johnson Space Center in Houston. We saw the original control center for the Apollo missions, as well as the one being used today to track the ISS. We learned about spacesuit construction. We saw buttons, and switches, and knobs, and dials, and badges. We were guided through a replica of the ISS U.S. quarters, and the labs.” – Galyn Susman (Producer)

The team was shown training aircrafts and vehicles, that they even got to sit in. This was a very hands on experience as they tried to use their hands in a vacuum and put on space helmets. The icing on the cake though, Susman says that Tom Marshburn, an astronaut currently stationed on the ISS, brought a picture of the Pixar creative team up there with him, so they have been to space, sort of.

The Creative Team behind Lightyear worked very hard to get every detail correct in this film. They took the iconic silhouette of Buzz that every Toy Story fan knows, and adapted him with human proportions. They worked to perfect lighting, and create a cinematic feel to this movie. Since it is Andy’s favorite movie, it is heavily based on Science Fiction films from the 1970s and 1980s. MacLane envisioned a graphic image that would utilize high contrast atmosphere, and depart from the earlier Toy Story films by using lenses and lighting techniques.

“We’d build a believable tangible world, and then we’d throw it away using shadow and atmosphere. We’d have bold lighting, emphasizing the graphic and letting the detail fall away, drawing the viewer into a rich world of a tangible alien landscape.” – Angus MacLane (Director/Screenwriter)

Having seen thirty minutes of the movie already, this was pulled off incredibly well. See for yourself when Pixar’s Lightyear hits theaters on June 17th, 2022.

Tessa Smith AKA Mama's Geeky, is a journalist that covers geek and Disney culture on her own website, as well as freelances for other sites such as What's On Disney Plus and Screen Rant. She graduated Magna Cum Laude with a degree in Marketing and loves all things geeky. She is a Disney Vacation Club member and a Founders Circle Member of Disney+. She is also an approved critic for Rotten Tomatoes and a member of the Critics Choice Association. Tessa lives in Upstate New York with her husband, two daughters, and two dogs named Sansa and Khaleesi.
View all posts
Tags: interview, lightyear, pixar 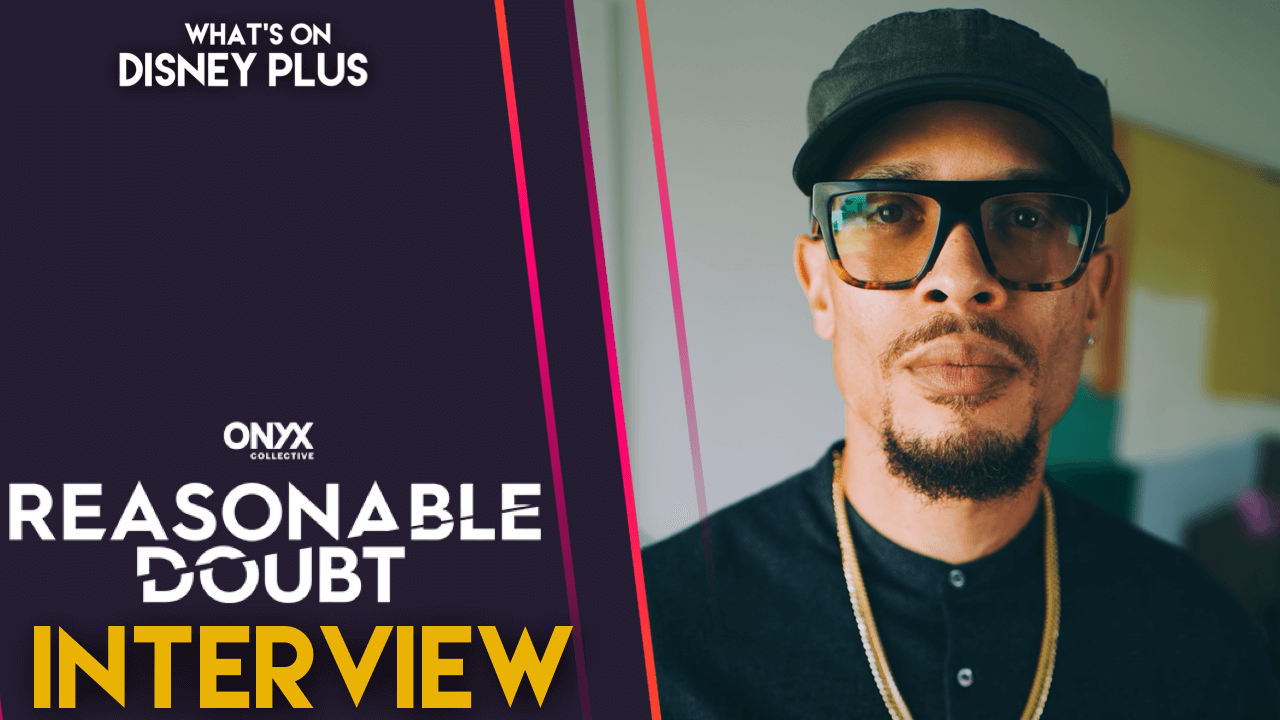