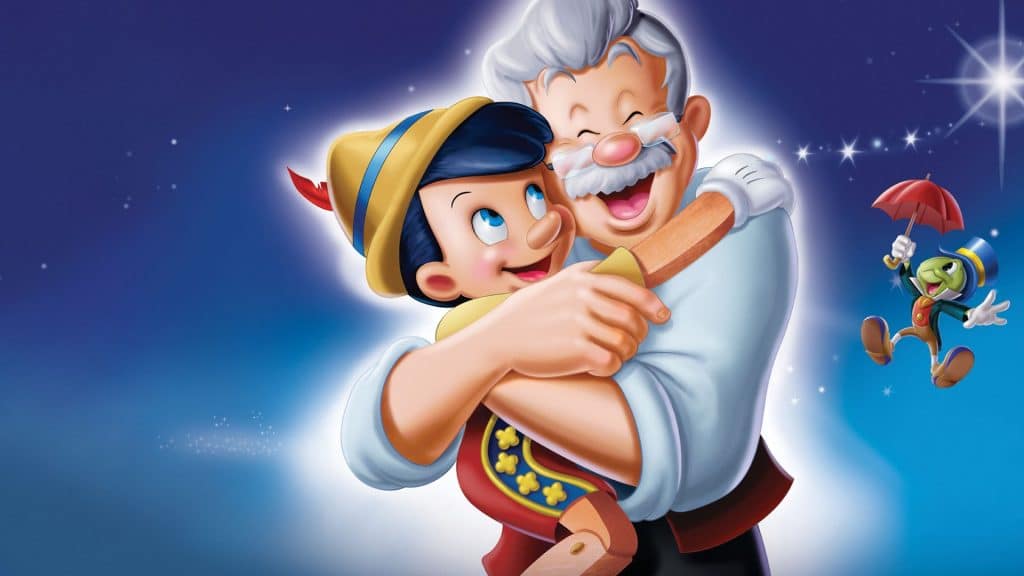 “When you wish upon a star,” that line is one of if not the most synonymous song lyrics with Disney. It can be heard at the beginning of almost any film made by Walt Disney Animation Studios. It’s also the most famous lyric from Disney’s second full length animated film “Pinocchio.”

“Pinocchio” is a simple story to follow. A man named Gepetto makes a puppet named “Pinocchio” and wishes for him to become a real boy. The Blue Fairy grants the boy a trial life. If he can prove to be honest, selfless and brave, Pinocchio can become a real boy. She also assigns Jiminy Cricket to be his conscience, advising him to “let your conscience be your guide.”

Along the way, Pinocchio heads toward school, becomes an actor at the bidding of Honest John, gets locked in a cage, lies to the Blue Fairy, has his nose grow like tree branch, gets whisked away to Pleasure Island and almost turns into a donkey before Jiminy Cricket can get him home. Once he gets home he finds out that his father, Gepetto along with pets Figaro the cat and Cleo the fish, have been swallowed by a whale. He then risks his own life to save his father and becomes a real boy.

I love how this film focuses so much on how an innocent, naive child would act. Pinocchio thinks everyone is his friend. While, as a father it would certainly scare me if my son acted like Pinocchio, I understand how the naive boy would be swayed by Honest John. As an adult, it’s easy to recognize that anyone who has to tell you they’re honest is anything but. But, I could see a young boy hearing someone say their name is “Honest” John and immediately believing them.

If I have one complaint, I’d like to know what happened to the boys who were turned into donkeys on Pleasure Island. Does someone go rescue them? Do they stay donkeys forever? Do their parents discover what happens to them? In the end, they aren’t part of Pinocchio’s story once Jiminy saves him from Pleasure Island, so I understand why we don’t learn what happens. But, I’d still like to know.

This film is one I’ve, thoroughly, enjoyed every time I’ve watched it. The animation holds up amazingly well for a film made in 1940. It’s 80 years old and in my opinion, it still looks beautiful, well drawn and communicates its story very clearly. “Pinocchio” is my absolute favorite of the Disney Golden Age films released between 1937 and 1940. It’s a film I’m happy to share with my kids to illustrate how Disney has been effectively telling wonderful stories since the beginning.

Have you watched “Pinocchio” before? Is it one you need to watch again? Or is it a film you need to check out for the first time? What do you think about the story and how it holds up 80 years later?

Jeremy has been a big Disney fan since he was a kid growing up during the Disney Renaissance. One day he hopes to go to every Disney Park in the world.
View all posts
Tags: Pinocchio, review