Disney kicked off its new Disney+ Original series today, “One Day At Disney” with a one hour episode, featuring many different cast members explaining the role they do and why they enjoy working for Disney.

We get to see a animator, a vet, a train driver, a singer, a presenter, a illustrator, a sculptor and many more, talk about what it is they do for the company. Some are more interesting that others, but each cast member comes across as a lovely person, who loves what they do and why.

Each cast member gets around 5 minutes each, to tell their story, with Disney’s CEO Bob Iger speaking about his role and love for the company, in-between each cast member. Which looks to have been done to try to keep the documentary flowing as an hour long version, because in reality, this is just a collection of shorts, thrown together. This series is going to consist of over 50 short episodes, each coming out weekly, so I don’t see why this extended version was shown in this format. They could have just made it 60+ episodes instead.

Calling it a feature length documentary seems a stretch, it’s not even an hour long and even that felt too long. As a short series, it might work, but I was losing interest about half way through and nearly nodded off. I’m looking forward to seeing how this works week to week, with the short single story versions, but it’s never going to be a must watch.

I have many issues with this series, it’s just too glossy and feels like a staff training or recruitment video. Unlike the excellent Imagineering Story series, they never really discuss anything negative, which might be great for some die-hard Disney fans, but just will result in most subscribers glossing over the series week to week, or calling it Disney propaganda.

And the commentary by Sterling K. Brown, is just so boring, it sounds like he was probably playing a game like Disney Emoji Blitz on his phone while recording his lines, because he doesn’t sound like his interested in what he’s saying. 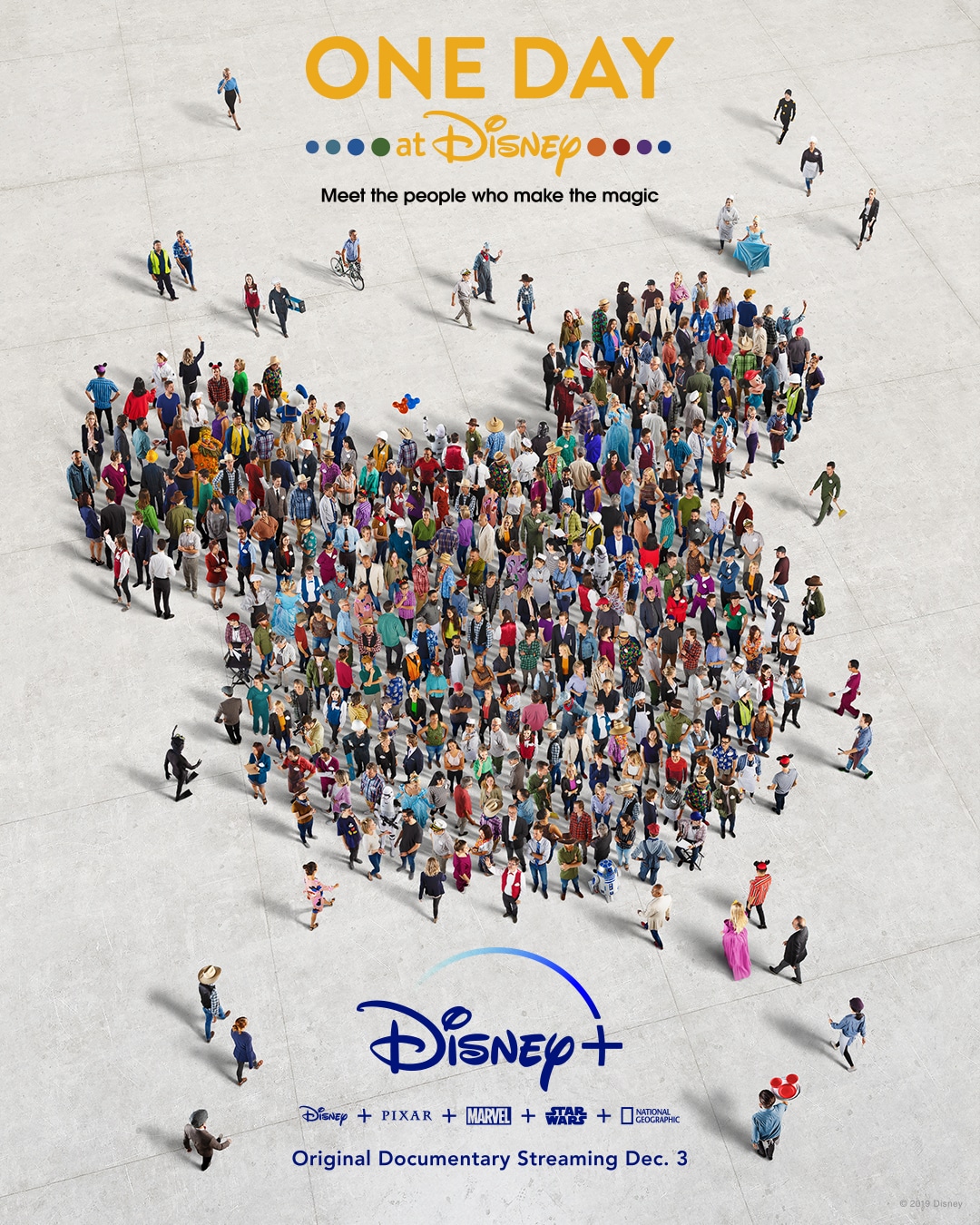 There is nothing wrong with each persons unique story, on its own, they would stand up as a short, but when it’s one after another, it’s just dull.  I enjoyed the stories about Eric Goldberg drawing out the “Genie” from Aladdin and the vet at the Animal Kingdom, but nothing really stands out as a must watch,

It’s a shame “One Day At Disney” isn’t a bit more realistic, but it’s just a filler fluff piece that the majority of subscribers will skip. This extra long version just felt unnecessary, when it’s just 10+ short episodes tied together in a row, which doesn’t help the format.

If you love everything Disney, regardless of what it is, give this a whirl, but for everyone else, skip it.   Its well made and super glossy, but many will see it as nothing more than a Disney recruitment video.   Compared to the excellent Imagineering Story series, this just felt so bland and generic.

Roger has been a Disney fan since he was a kid and this interest has grown over the years. He has visited Disney Parks around the globe and has a vast collection of Disney movies and collectibles. He is the owner of What's On Disney Plus & DisKingdom. Email: Roger@WhatsOnDisneyPlus.com Twitter: Twitter.com/RogPalmerUK Facebook: Facebook.com/rogpalmeruk
View all posts
Tags: one day at disney, review