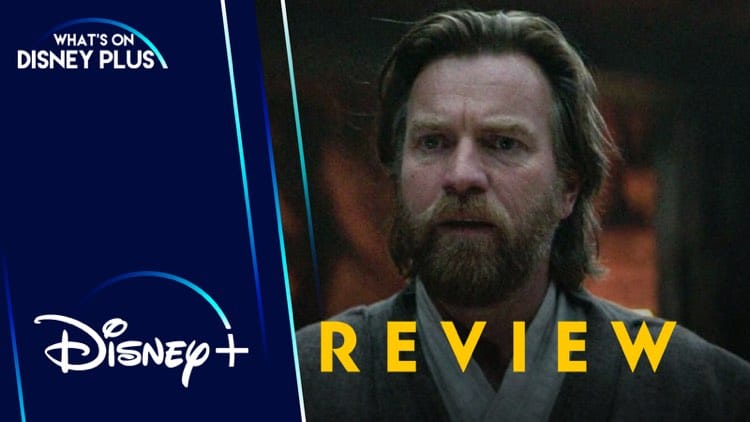 Obi-Wan must track down Leia who has been captured by the Third Sister and complete his mission of returning her to Alderaan in the latest episode of the Disney+ Original Series, “Obi-Wan Kenobi.” He heals in bacta tank, formulates a plan, finds a way to save her and brings in some outcasts who may become very important members of the rebellion in his efforts to rescue the young princess.

This is my least favorite episode of the series, so far. And it’s still really good. This episode demonstrates one of the greatest strengths and greatest weaknesses of “Star Wars.” A lot of movies and series become dependent on a rescue. “Star Wars” always makes the rescue exciting. That particular episode of the series, or section of the movie, is always technically sound and fun to watch. But it’s a trope, especially for “Star Wars.” It would be easier to name movies and series that don’t have a rescue in it than try to name all the ones that do. It’s an easy story to tell, but they almost always tell it well. It’s both the greatest strength and the greatest weakness of “Star Wars.”

I was admittedly hesitant when Disney and LucasFilm announced they were working on this series. I always wondered what they would do to make Obi-Wan interesting. We had already seen Maul approach him on Tatooine in “Rebels,” but most of what we had seen was that he had stayed hidden as much as possible in the intervening time between the end of “Revenge of the Sith” and the beginning of “A New Hope.” I wasn’t sure how they would make this interesting or get him off the planet, but they’ve managed to do both in an intriguing way that has kept me invested.

I was afraid Disney and LucasFilm would find a way to mess this story up. I’ve seen them make racing take too long, provide horrid dialogue (okay, that was George Lucas, but it was still a LucasFilm project), make Obi-Wan and Anakin rescue a baby Jabba, remake “A New Hope” with Han in the Obi-Wan role, have a meaningless side quest to a casino, bring back Palpatine as a clone and make Boba Fett less interesting by featuring him. Keep in mind, I’m a geek who enjoys watching every one of those films and series, but they are not above criticism, and the creators mess up a lot.

This show has a lot of potential. I can’t wait to see what happens going forward. I loved the Inquisitors in “Rebels,” so I want to see as much of them as possible. This has become my favorite “Star Wars” series on Disney+ and while “Book of Boba Fett” may have left a lot to be desired, that’s still no small feat with “The Mandalorian” also on the service. They can still let me down, but I’m cautiously optimistic for the future of this series and “Star Wars” in general.

What did you think of this episode of “Obi-Wan Kenobi?”