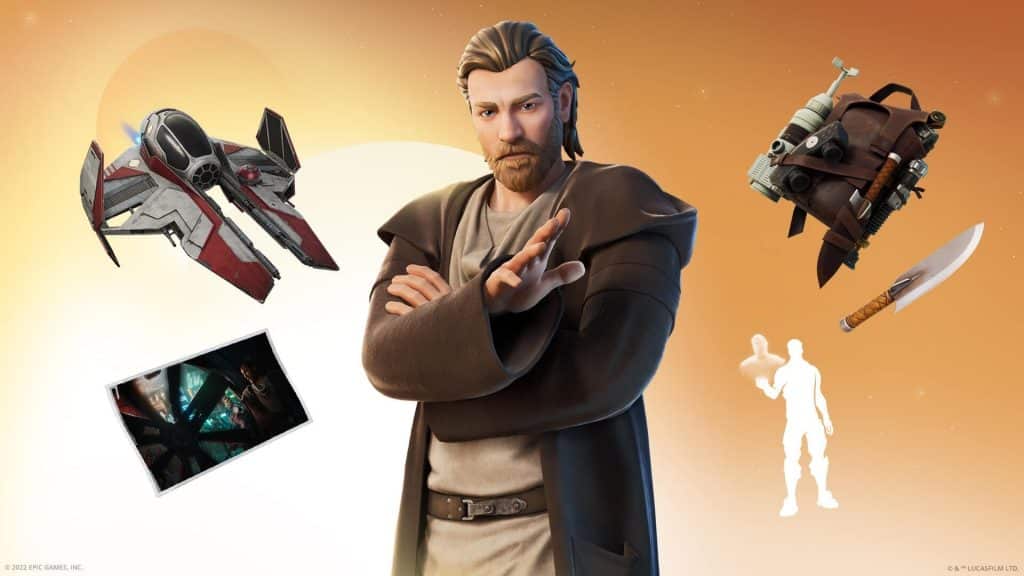 After the success of previous in-game promotions for Disney+ series, Epic Games have teamed up with Lucasfilm to bring some new “Obi-Wan Kenobi” content to the smash-hit video game, Fortnite.

Following a short appearance earlier this month on Star Wars Day, Obi-Wan Kenobi will be available to purchase in the Fortnite Item Shop on Thursday, May 26th at 8 p.m. ET.  The day before the first two episodes arrive on Disney+.

In addition to the new skin, there will be  Obi-Wan Kenobi Cup, a battle-royale duos tournament that will take place on Sunday, May 22nd, giving players a chance to earn the Obi-Wan Kenobi Outfit and Desert Essentials Back Bling pack early. 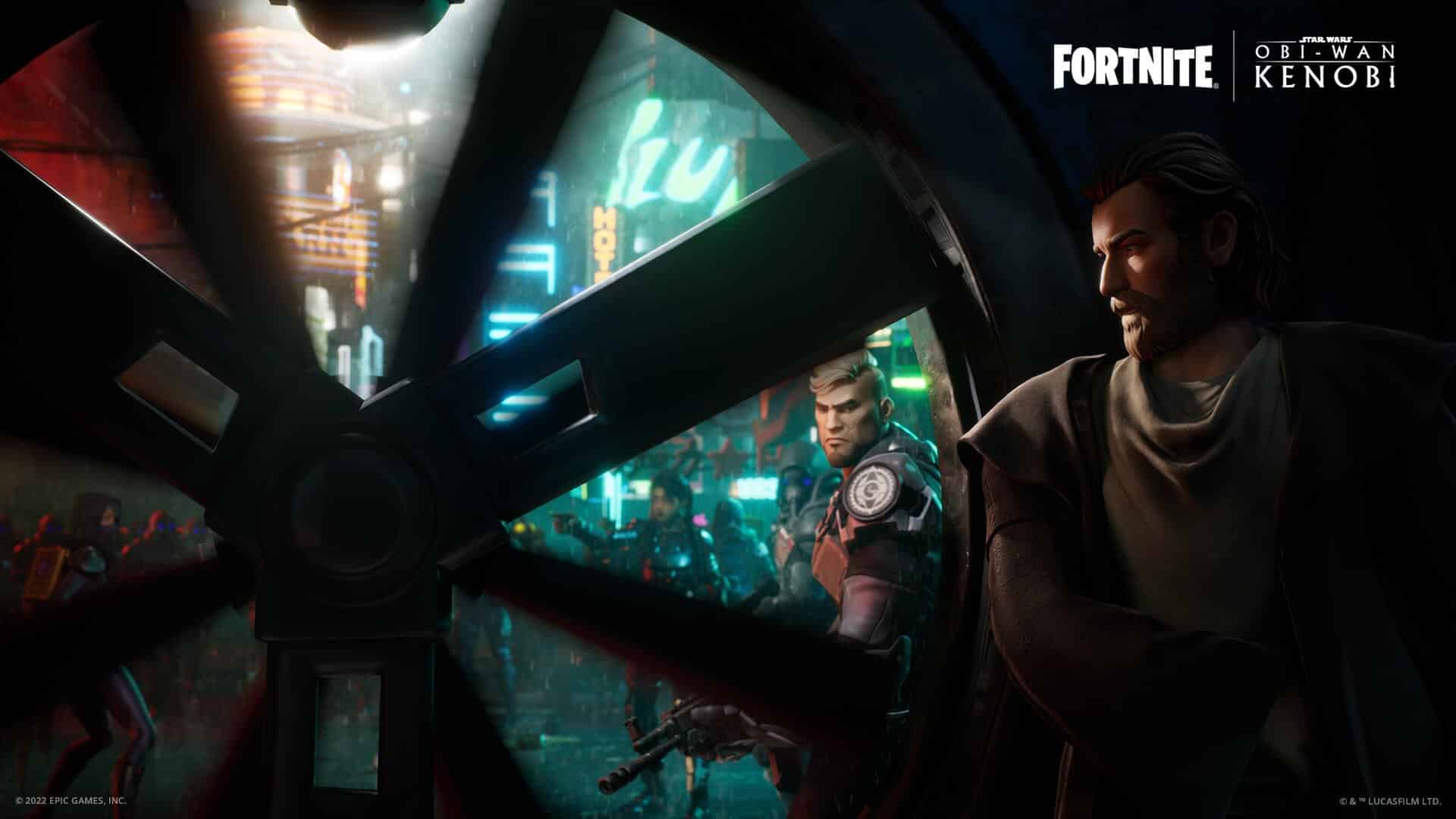 Along with the Obi-Wan Kenobi outfit comes with his Desert Essentials Back Bling, an assortment of tools for living an isolated existence on a remote desert planet. Other Kenobi items include a blade pickaxe, a Jedi Interceptor fighter and a message emote.

These will be available individually or as part of  the Obi-Wan Kenobi Bundle.

Will you be jumping into Fortnite to play as “Obi-Wan Kenobi”?

Roger has been a Disney fan since he was a kid and this interest has grown over the years. He has visited Disney Parks around the globe and has a vast collection of Disney movies and collectibles. He is the owner of What's On Disney Plus & DisKingdom. Email: Roger@WhatsOnDisneyPlus.com Twitter: Twitter.com/RogPalmerUK Facebook: Facebook.com/rogpalmeruk
View all posts
Tags: Fortnite, obi-wan kenobi, star wars