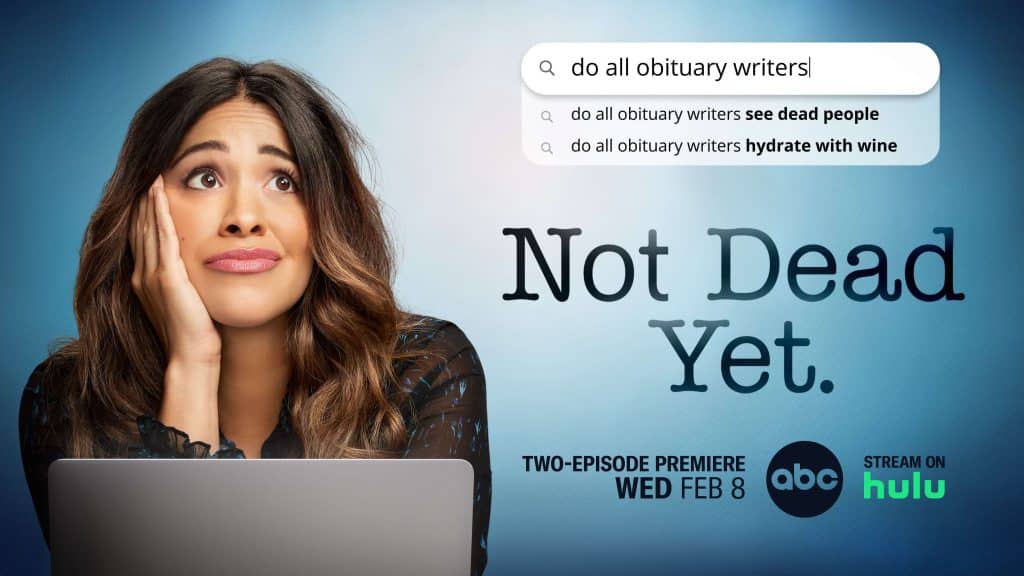 Disney’s ABC has released some new artwork for the brand new series, “Not Dead Yet”, which has been created by David Windsor and Casey Johnson (“This Is Us,” “The Real O’Neals”) and stars Gina Rodriguez.

“Not Dead Yet” follows Nell Serrano (Rodriguez), a broke and newly single self-described disaster, working to restart the life and career she left behind five years ago. When she lands the only job she can find – writing obituaries – Nell starts getting life advice from an unlikely source. The series is adapted from the book “Confessions of a 40-Something F**k Up” by Alexandra Potter. 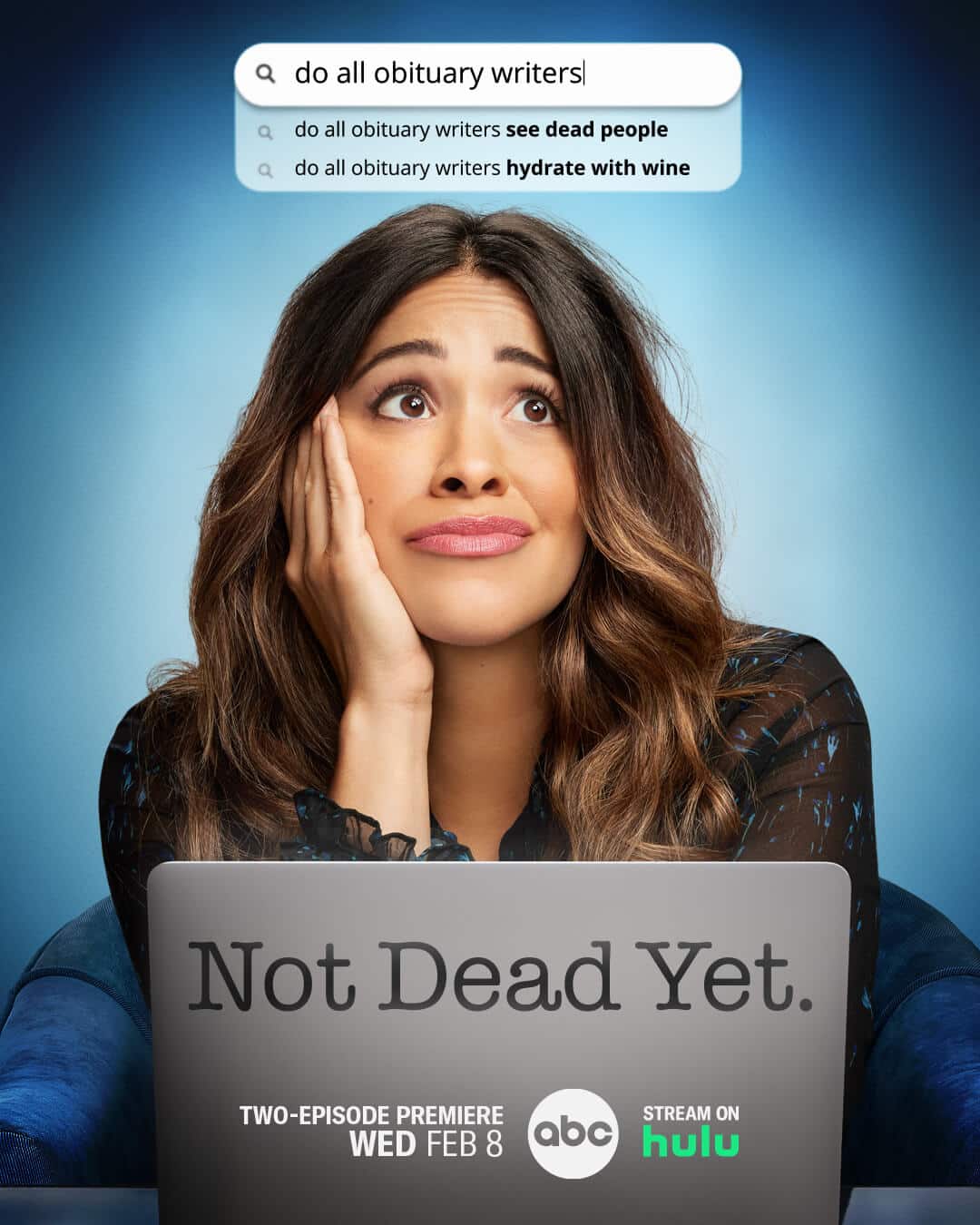 “Not Dead Yet” also stars Hannah Simone as Sam, Lauren Ash as Lexi, Rick Glassman as Edward, Joshua Banday as Dennis and Angela Gibbs as Cricket.

“Not Dead Yet” makes its highly anticipated series debut with a two-episode premiere on ABC on Wednesday, 8th February 2023, starting at 8:30-9:00 p.m. EST, and it will be available on the following day on Hulu. Expect to see this series also released around the world as a Star Original on Disney+.