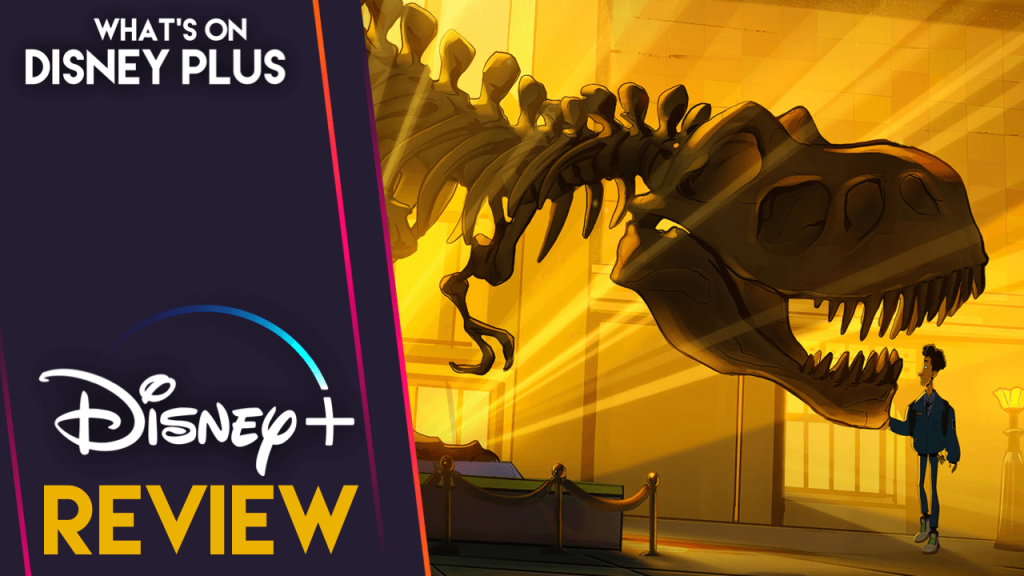 Disney is once again taking a dip into the 20th Century Studios bag of franchises to give Disney+ a brand new original film. They’ve tried it with “Home Alone”, “Ice Age”, and “Cheaper By The Dozen”. And sadly, we can add this new instalment of the “Night At The Museum” to the pile of failed Disney+ 20th Century reboots.

This is a direct sequel to the films, so watching the earlier movies will be required viewing, since it picks up years after the events of the third live-action film, where we see Larry take his 18-year-old son, Nick Daley as a night watchman at the museum for the summer. Luckily, since he is familiar with the museum’s ancient tablet that brings everything to life when the sun goes down, he is happy to see his old friends, including Jedediah, Octavius, and Sacagawea. But when the maniacal ruler Kahmunrah escapes with plans to unlock the Egyptian underworld and free its Army of the Dead, it is up to Nick to stop the demented overlord and save the museum once and for all.

There are many problems with “Night at the Museum: Kahmunrah Rises Again”, first off, the shift to animation is a strange one. It’s no doubt much cheaper to do an animated movie, because there are no CGI effects of a giant dinosaur to pay for, and none of the big named actors from the film have come back. Trying to fill the great Robin Williams shoes would be difficult, but doing it in animation form does make it much easier.

The art animation style is very odd, and I felt it was a bit jarring all the way through the film. I actually felt like I was watching a Saturday morning cartoon from the 90s. Because not only was it just a 2D animated film that looks a bit ropey, it’s barely over an hour long (yet I was still waiting for it to be over), and most importantly, the film’s tone is exceptionally young. While younger audiences might like the movie, because it’s got some Scooby Doo-style fun moments, older audiences are just going to be reaching for the remote, possibly to put the original live-action film on instead. The main character, Nick, is supposed to be an 18-year-old, but he’s just a clumsy teenage boy, who can’t ask a girl out and, at some point, during a skateboarding scene, reminded me more of Bart Simpson.

There are so many points in this film, where it’s just so bland, or you can see where it’s going a mile away. The main villain Kahmunrah is so one-dimensional, and he even ends up getting a tiny animal sidekick that feels straight out of a traditional straight-to-video Disney film from the 90s.

“Night At The Museum: Kahmunrah Rises Again” is a very disappointing addition to the franchise, that didn’t need to be made. Instead of doing a proper sequel, with all the big named stars like Ben Stiller or Amy Addams returning, Disney took a shortcut and decided the only way to do this film on a Disney+ budget was in animation. But even the animation looks cheap and dated, with cheap gags and a generic story, you know what’s going to happen in the movie within the first 10 minutes. Kids might enjoy it, but it’s such a disappointment, and honestly, I’d suggest just watching the original live-action film instead.
Rating – 2 out of 5

“Night At The Museum: Kahmunrah Rises Again” is out now on Disney+

Roger has been a Disney fan since he was a kid and this interest has grown over the years. He has visited Disney Parks around the globe and has a vast collection of Disney movies and collectibles. He is the owner of What's On Disney Plus & DisKingdom. Email: Roger@WhatsOnDisneyPlus.com Twitter: Twitter.com/RogPalmerUK Facebook: Facebook.com/rogpalmeruk
View all posts
Tags: “Night at the Museum: Kahmunrah Rises Again”, review