Funko has announced a new wave of Pop Vinyls and accessories from the new Disney+ Original animated series, “The Proud Family: Louder and Prouder”.

The Pop Vinyls include Penny, Sugar Mama and also a twin pack with the parents.

Plus there are a twin set of drinking glasses and a Loungefly Bag and Purse.

These are available now in the US from Target.

Here’s a look at the new merchandise: 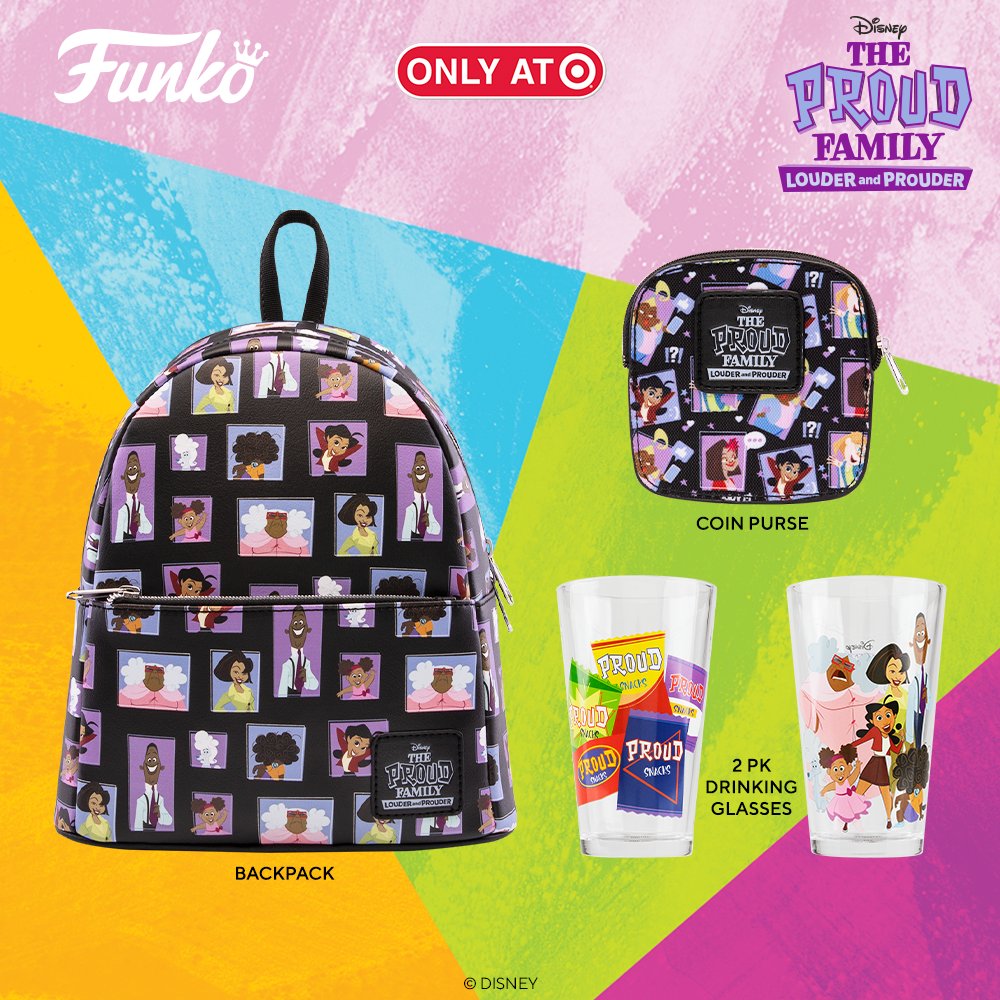 The first episode of “The Proud Family: Louder and Prouder” is coming to Disney+ in Wednesday 23rd 2022.

Will you be picking up any of this “The Proud Family: Louder and Prouder” merchandise?