Disney has released a new poster for the upcoming animated film, “Strange World”, which is an all-new original action-adventure journeys deep into an uncharted and treacherous land where fantastical creatures await the legendary Clades, a family of explorers whose differences threaten to topple their latest—and by far— most crucial mission.

Check out the new “Strange World” poster below: 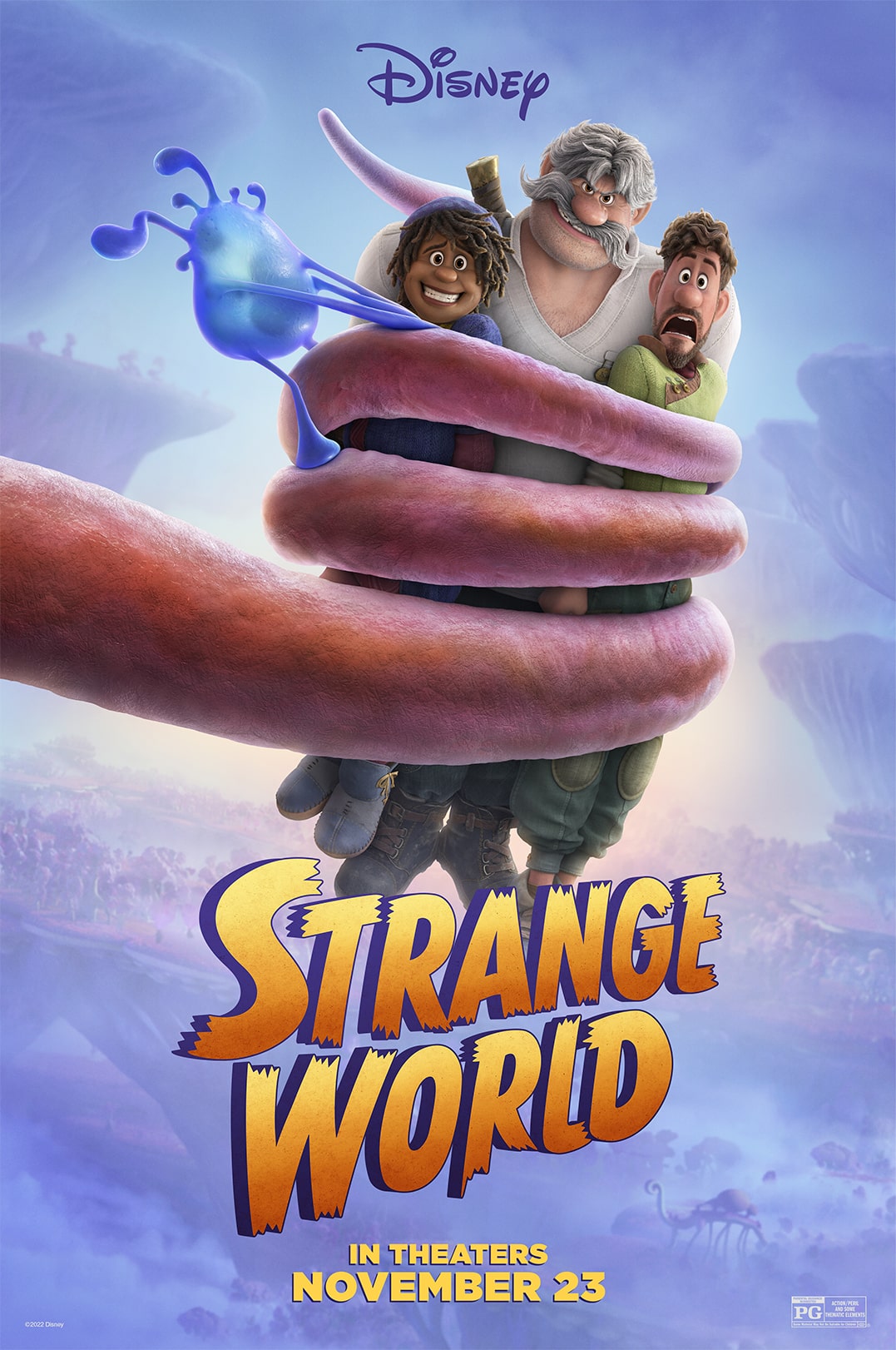 According to director Don Hall, “Strange World” is a nod to pulp magazines—popular fiction from the first half of the 20th century that was printed on inexpensive wood pulp paper. “I loved reading the old issues of pulps growing up,” he said. “They were big adventures in which a group of explorers might discover a hidden world or ancient creatures. They’ve been a huge inspiration for ‘Strange World.’”