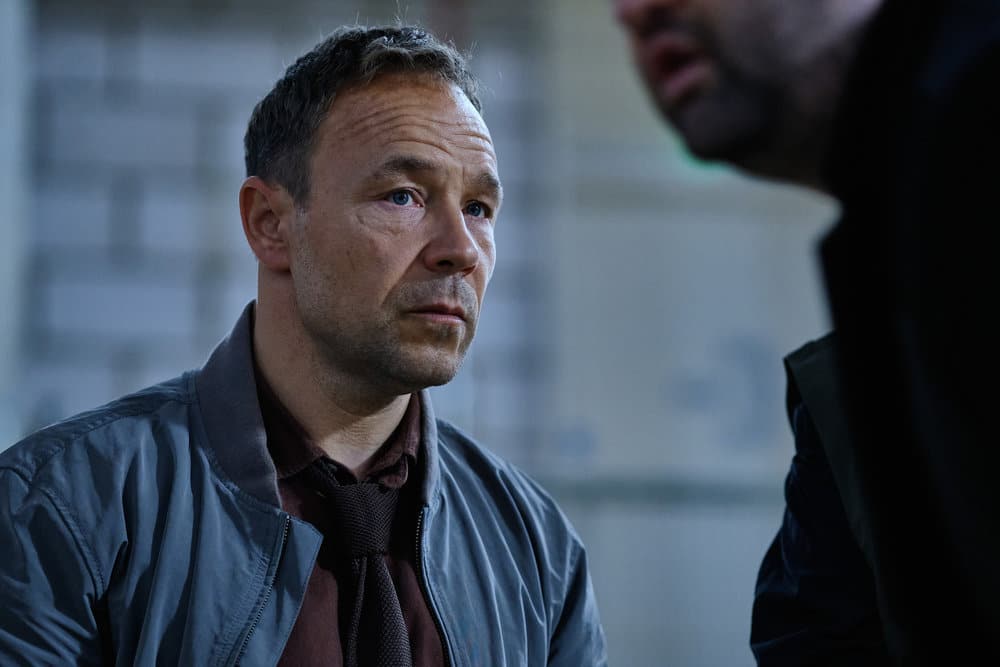 Disney has announced a brand new original series called “A Thousand Blows” (w/t), which will be an epic new 12-part series set in the perilous world of illegal boxing in 1880s Victorian London. It’s brought to life by acclaimed screenwriter Steven Knight (“Peaky Blinders”, “Spencer” “Taboo”), starring and executive produced by British screen titan Stephen Graham (“Help”, “Time”, “The Irishman”). The series is being produced by The Story Collective in a co-production with Matriarch Productions and Water & Power Productions. The UK Original series will premiere on Disney+ globally, Star+ in Latin America and Hulu in the US.

The thrilling series follows Hezekiah and Alec, two best friends from Jamaica who find themselves thrust into the vibrant and violent melting pot of post-industrial revolution London’s East End. Drawn into the criminal underbelly of the thriving boxing scene, Hezekiah meets Mary Carr, leader of The Forty Elephants – the notorious all-female London gang – as they battle for survival on the streets. As Hezekiah sharpens his new skills, he comes up against Sugar Goodson, a seasoned and dangerous boxer played by Stephen Graham, and the two are soon locked into an intense rivalry that spills out way beyond the ring.

“A Thousand Blows” (w/t) (12×60’) is created, written and executive produced by Steven Knight, visionary creator of “Peaky Blinders”. It stars Stephen Graham, who will also serve as executive producer alongside Hannah Walters for Matriarch Productions, Damian Keogh and Kate Lewis for The Story Collective, and Tom Miller and Sam Myer for Water & Power Productions. Award-winning broadcaster and historian Professor David Olusoga will also act as executive producer on the series.

Steven Knight is the lead writer for the series, with episodes also written by Ameir Brown, Insook Chappell, Harlan Davies and Yasmin Joseph.

“I’m really thrilled to be working on this project with Stephen as well as the very talented production team and group of writers. I always love to delve into untold history, and this is a story that really deserves to be told. We are recreating an amazing world and telling a remarkable true story.”

“To be able to work with Steve again and the talented team of writers we have for this project is truly wonderful, and to tell the story of these incredible characters during this period of time in London is a joy. Aside from having the privilege of bringing the role of Sugar Goodson to life, I am also extremely proud that Matriarch is co-producing this show whilst helping to create opportunities for people in front of and behind the camera, instilling the ethos of providing training within production that otherwise would be difficult for some to pursue as a career. ‘Don’t count the days… Make the days count.’ – Muhammad Ali.”

“It’s a privilege to work with this extraordinary group of talent, helmed by our fearless creator Steven Knight. A Thousand Blows tells a story that we rarely get to see on screen, and we are delighted to have the inimitable Stephen Graham and visionary Tinge Krishnan help bring this incredible world of richly diverse characters to life.”

Are you excited for this brand new original series?

Roger has been a Disney fan since he was a kid and this interest has grown over the years. He has visited Disney Parks around the globe and has a vast collection of Disney movies and collectibles. He is the owner of What's On Disney Plus & DisKingdom. Email: Roger@WhatsOnDisneyPlus.com Twitter: Twitter.com/RogPalmerUK Facebook: Facebook.com/rogpalmeruk
View all posts
Tags: a thousand blows