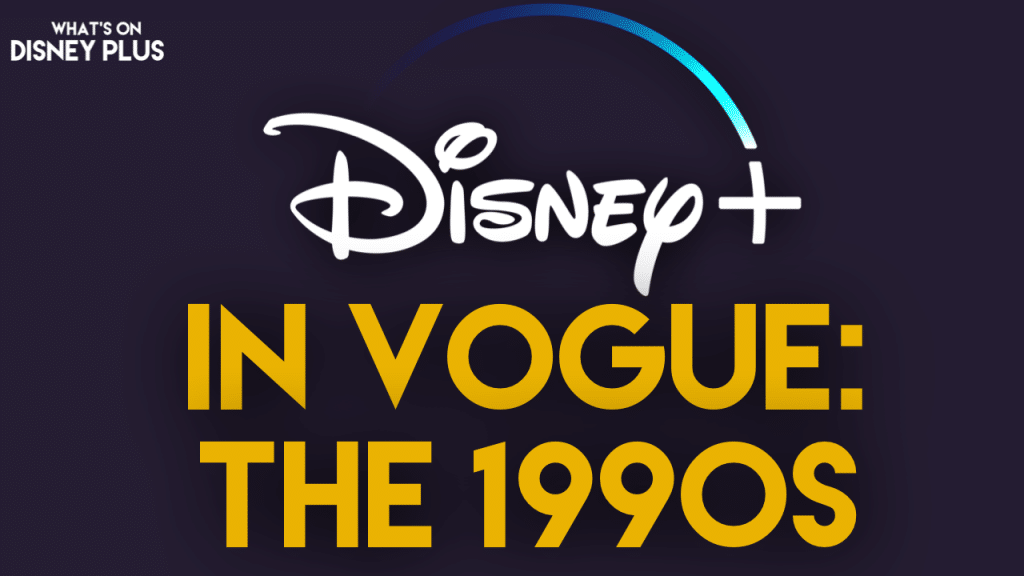 Today at the Edinburgh TV Festival, Disney has announced a brand-new unscripted British Original documentary called, “In Vogue: The 1990s”, tells the inside story of the fashion that defined a decade—and the decade that inspired the fashion—celebrated by those who were in the front row and behind the scenes.

From Vogue Studios and Raw, this series offers unparalleled access to the insights of both Vogue’s top editors, including Anna Wintour, Chief Content Officer, Condé Nast, and Global Editorial Director, Vogue; Edward Enninful, Editor in Chief, British Vogue and European Editorial Director, Vogue; Hamish Bowles, Editor in Chief, The World of Interiors and Global Editor at Large, Vogue; and Tonne Goodman, Sustainability Editor, Vogue – as well as the era’s most influential names. The series will showcase rare, never-before-seen archives from key figures in the industry. Featuring a cast of iconic figures from the world of 90s fashion, music, and film, this is a landmark series that will reveal the untold story of the decade’s most celebrated pop cultural moments and movements, told to us by the designers, artists, actors, and musicians who defined them. It is the story of how high fashion and mainstream culture came to influence one another.

Anna Wintour said in a statement:

“The 90s was such an exciting and important decade for fashion. It was the period when fashion entered the mainstream–when it became inescapable, culturally relevant and full of iconoclasm and expression and difference.  The personalities were larger than life too. This series will capture all of that and I’m thrilled it’s coming to Disney+.”

This series is part of Disney’s International Content and Operations team’s plan to create 60 local productions by 2024, continuing to work with outstanding creators and premium producers as part of the company’s commitment to source, develop and produce high-quality original productions from around the globe.

“In Vogue: The 1990s” will premiere on Disney+ in Europe, the Middle East, Africa and across the Asia Pacific region.

What do you think of Disney making this new documentary?

Roger has been a Disney fan since he was a kid and this interest has grown over the years. He has visited Disney Parks around the globe and has a vast collection of Disney movies and collectibles. He is the owner of What's On Disney Plus & DisKingdom. Email: Roger@WhatsOnDisneyPlus.com Twitter: Twitter.com/RogPalmerUK Facebook: Facebook.com/rogpalmeruk
View all posts
Tags: "In Vogue: The 1990s"