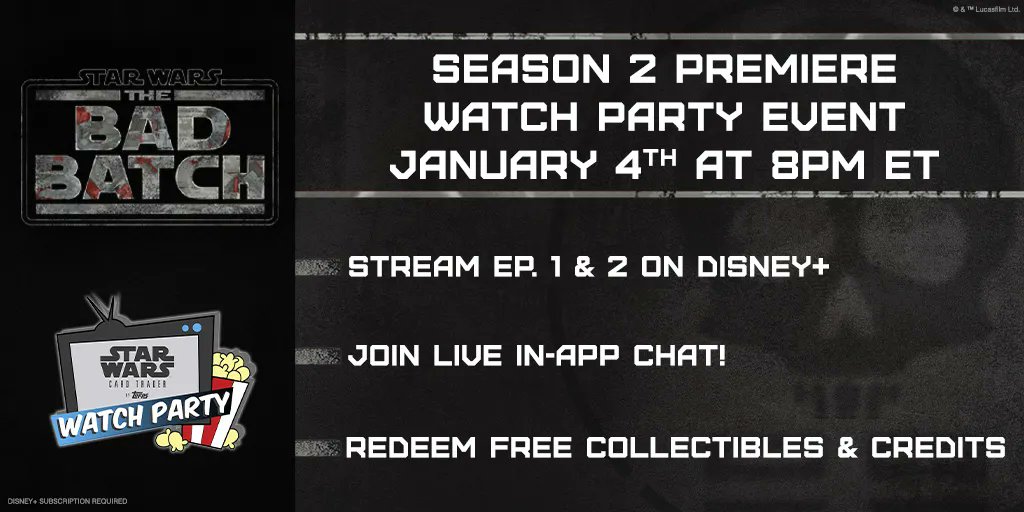 To tie in with the release of the first two episodes of the second season of “Star Wars: The Bad Batch” on Disney+, Topps has announced that it will be releasing some new content and hosting an in-app watch party for the Star Wars Card Trader App on Apple and Android devices.

Collect and trade over 1,000 officially-licensed Star Wars digital cards. All of your favorite characters, vehicles, and locations from the STAR WARS universe are here. From the nostalgic, including replicas of the original “Star Wars ‘77” set by Topps, to the futuristic, including all new trading cards with exciting digital twists, you’ll be able to take your entire Star Wars card collection with you anywhere you go.

Chrome versions of collectable cards with special visual effects will be available to users who open Watch Party Packs.

The watch party takes place on January 4th at 8 p.m. ET, at which time the Star Wars: Card Trader community will be invited to come together to watch both episodes of the premiere, discuss it in-app and collect cards from the episodes as they all watch together. These free cards will remain available for 72 hours to allow any users who could not attend the Watch Party a chance to get in on the action.

Here’s a look at some of the “Star Wars: The Bad Batch” Watch Party Cards: 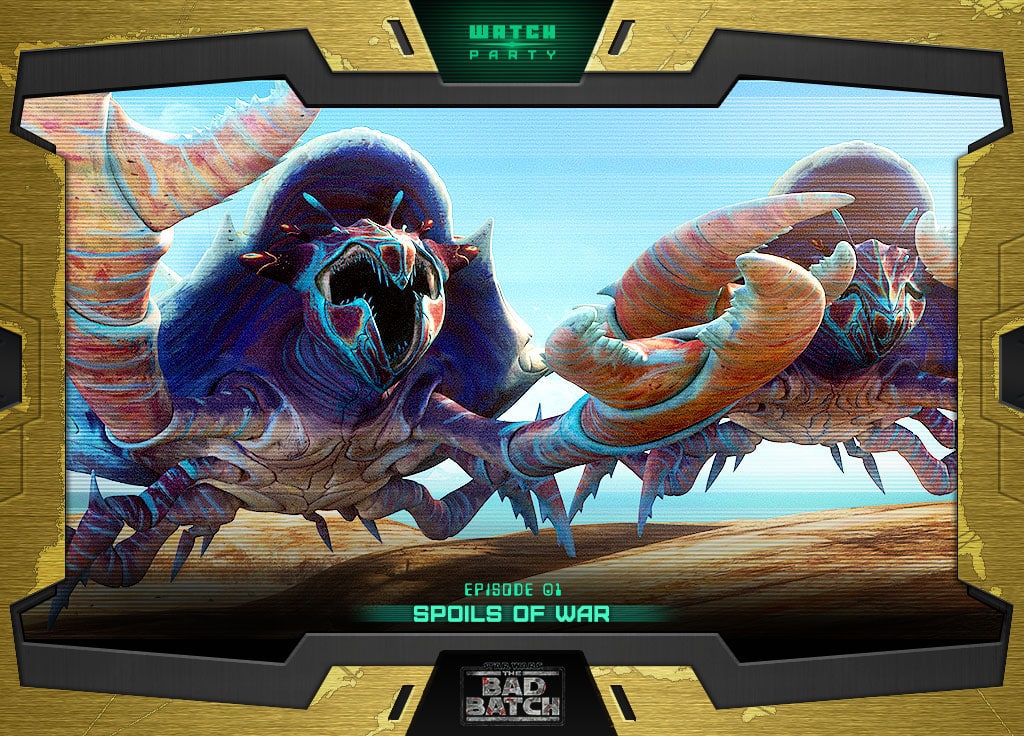 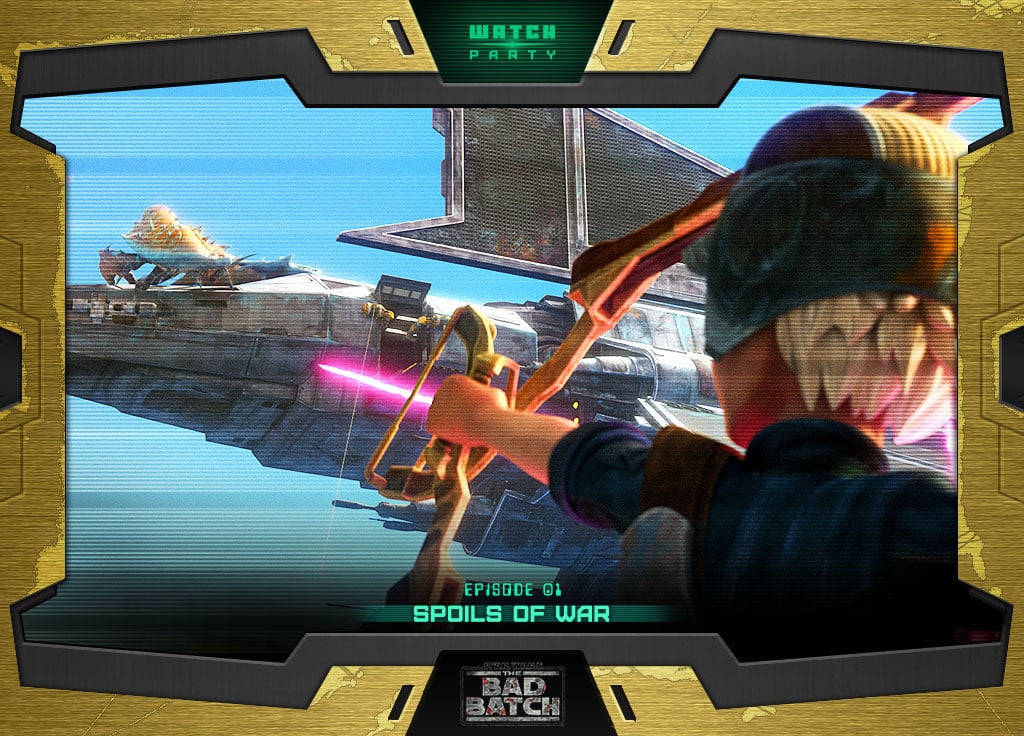 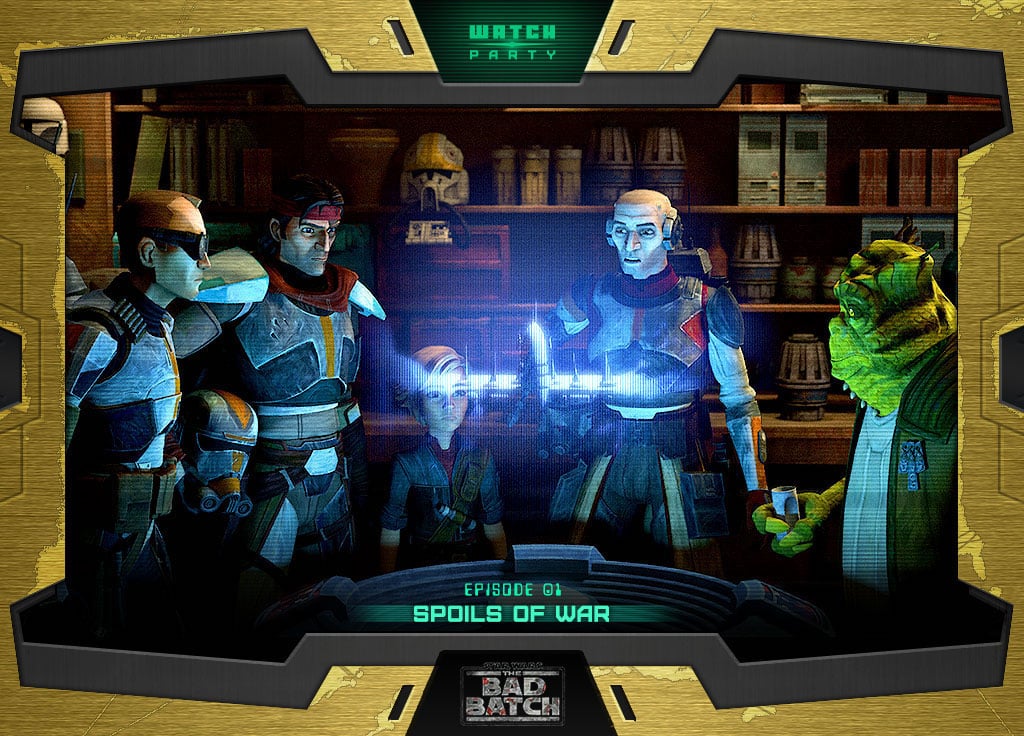 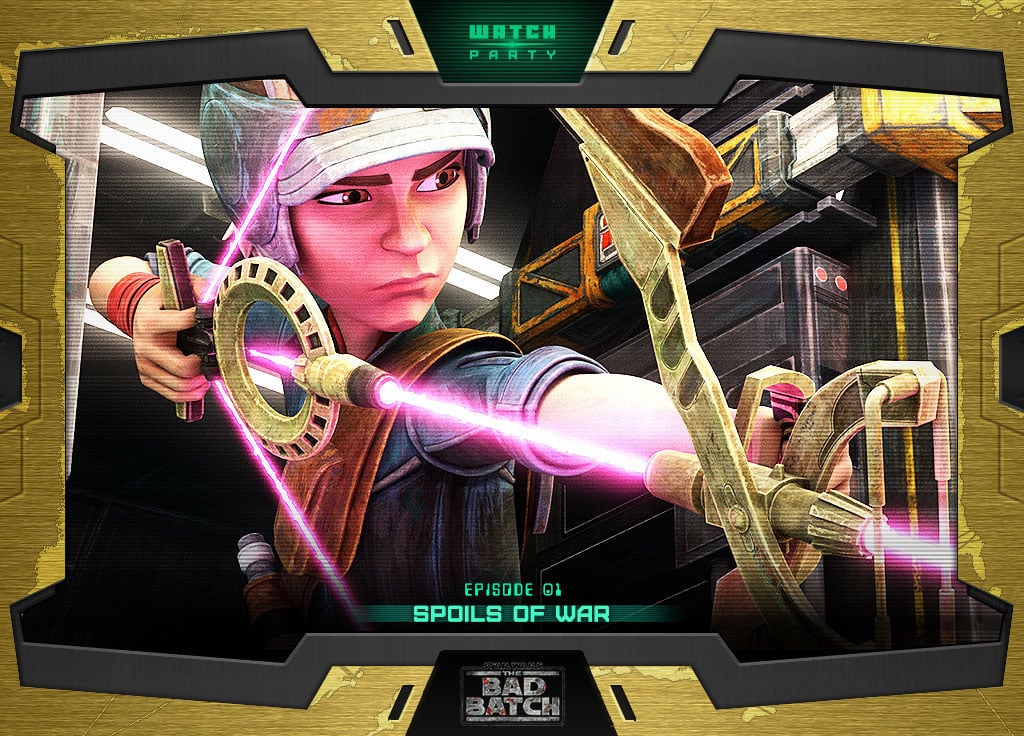 This event follows the success of the Season 1 Premiere Watch Party, which saw more than 40,000 users collecting!

The first two episodes from the second season, along with the entire first season of “Star Wars: The Bad Batch” are available to watch on Disney+ now.