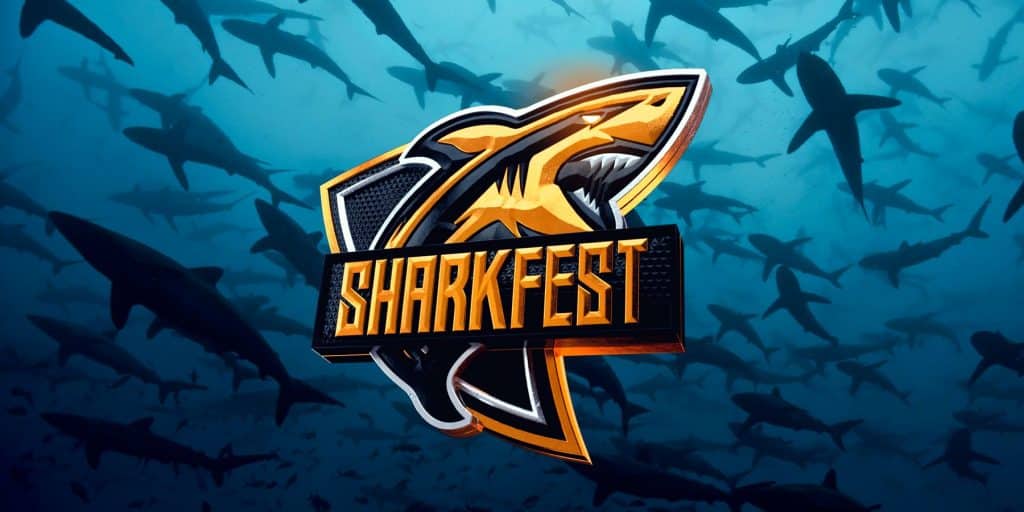 National Geographic has announced details on its upcoming “SHARKFEST”, which will be coming to National Geographic and Nat Geo WILD channels, with five full weeks of action-packed shark programming with 17 original premieres and the best shark programming from the networks’ massive library as part of its biggest-ever shark spectacular. Showcasing the ocean’s greatest competitors in their natural habitat, the eighth annual event begins Sunday, July 12th, on National Geographic, followed by two weeks of content on Nat Geo WILD, beginning Sunday, August 2nd.    Hopefully most of this Shark content will be added to Disney+ once its finished its initial run on those channels.

As the network’s summer MVP, SHARKFEST always dominates its opponents with informative, innovative shows highlighting shark research and conservation. But each summer, it also hits a grand slam with entertaining, heart-pounding content that makes a weeklong event look like a minnow. This season’s starting lineup for SHARKFEST on Nat Geo includes the following:

“For the past eight years, Nat Geo and Nat Geo WILD have been THE destination for viewers to get up close and personal with one of the world’s most awe-inspiring creatures, and this summer we’re eating up the competition AGAIN with an unprecedented line-up of action-packed shark shows,” said Geoff Daniels, executive vice president of global unscripted entertainment at National Geographic. “Over five full weeks, our viewers will get the ultimate home field advantage to witness the ocean’s super stars in their prime, so pull up your beach chairs and get ready for some SHARKFEST!”

Over the course of five weeks, Nat Geo and Nat Geo WILD continue to hit it out of the park with a variety of other jaw-dropping SHARKFEST originals and specials to catch the viewer’s eye, including Raging Bull Shark, currently vying for the title of the world’s most dangerous shark; and When Sharks Attack, a SHARKFEST stalwart that decodes the mystery of why sharks suddenly strike. In Sharks of the Bermuda Triangle, a marine biologist tracks an elusive tiger shark to uncover Mother Nature’s most mysterious hotspot, and experience the intensity of a sea-life standoff in Shark vs. Whale.

The marathon of programming also underscores the best of the networks’ wide shark library content — which includes hundreds of hours of programming — with titles airing throughout the five weeks, beginning at 6/5c every evening.

World’s Biggest Tiger Shark?
National Geographic — Premieres Sunday, July 12, at 8/7c
Nat Geo WILD — Encore Presentation Tuesday, August 4, at 9/8c
Marine biologist Kori Garza and Emmy Award-winning underwater cinematographer Andy Casagrande journey to French Polynesia to track Kamakai, one of the largest tiger sharks on record. Their search takes them to a remote lagoon where, instead of Kamakai, they find what appears to be a discovery for shark science. Capturing the behavior on film for the first time, Garza and Casagrande witness a population of juvenile tiger sharks exhibiting cooperative hunting tactics.

When Sharks Attack
National Geographic — Six-episode Season Premieres Monday, July 13, at 9/8c
Nat Geo WILD — Encore presentations throughout the five weeks
For families on beaches across the world, a split second is all it takes to turn a dream vacation into a nightmare. Sudden shark attacks frequently occur, and the motive behind the bite often puzzles locals and scientists alike. When Sharks Attack investigates these incidences to shed light on why and where shark encounters take place with the hope that if we understand the behavior, we might be able to limit the number of attacks.

Sharks vs. Dolphins: Blood Battle
National Geographic — Premieres Monday, July 13, at 10/9c
Nat Geo WILD — Encore Presentation Sunday, August 2, at 7/6c
There’s a war being waged beneath the waves: sharks versus dolphins. These marine animals shared the ocean for millennia, but scientists have only just begun to understand the complex relationship between sharks and dolphins. Sharks vs. Dolphins: Blood Battle follows a team of experts as they travel to the epicenter of this savage struggle — Shark Bay, Australia — to unlock the secrets of shark and dolphin combat. New research allows for a fresh understanding of sharks, and cutting-edge technology provides a window into this seldom-seen conflict below the water’s surface.

Sharkcano
National Geographic — Premieres Tuesday, July 14, at 10/9c
Nat Geo WILD — Encore Presentation Wednesday, August 5, at 7/6c
World-renowned shark scientist Dr. Michael Heithaus is on a mission to reveal the mysterious connection between sharks and volcanoes. Throughout the world, sharks seem to be attracted to the hotspots, a puzzle that seems straight out of sci-fi and is baffling scientists. Dr. Heithaus crisscrosses the globe and risks life and limb to uncover the shocking, real-life link between two fearsome forces of nature.

Secrets of the Bull Shark
National Geographic — Premieres Wednesday, July 15, at 10/9c
Nat Geo WILD — Encore Presentation Wednesday, August 5, at 9/8c
Many experts consider bull sharks to be the most dangerous species of shark, yet we actually know very little about these top predators. Secrets of the Bull Shark unravels the mystery of these giants: how they migrate and how they hunt. Marine biologist Dr. Ryan Daly and a team of scientists utilize cutting-edge technology to reveal the movements and behavior of the bull sharks with the hope of better understanding why they venture farther into our backyards. With unprecedented detail, the scientists track their development from tiny hunters into intelligent, ferocious predators.

Most Wanted Sharks
National Geographic — Premieres Thursday, July 16, at 10/9c
Nat Geo WILD — Encore Presentation Tuesday, August 4, at 7/6c
Of the millions of sharks in our oceans, a select few are so fascinating, they’ve become worldwide celebrities with legions of fans and followers. In Most Wanted Sharks, marine biologist and shark-suit inventor Jeremiah Sullivan dives into the stories of the most sensational shark stars of all time. Come face-to-face with a shark so large, it’s been known to eat fellow great whites for dinner. And get up close to one that can jump 100 feet out of the water.

50 Shades of Sharks
National Geographic — Premieres Friday, July 17, at 10/9c
Nat Geo WILD — Encore Presentation Sunday, August 2, at 10/9c
Sharks have long been considered calculating and vicious apex predators of the ocean, but new research allows for a glimpse of some of their most intimate and seldom-seen behaviors. 50 Shades of Sharks reveals facets of sharks that are rarely chronicled; they’re fragile, delicate, ingenious, collaborative and even clumsy. This full immersion into their private lives shows them hunting, resting, cleaning and reproducing; these revelations might forever change the way we look at sharks.

Sharks of the Bermuda Triangle
National Geographic — Premieres Monday, July 20, at 10/9c
Nat Geo WILD — Encore Presentation Thursday, August 6, at 6/5c
The Bermuda Triangle has more than 500,000 square miles of rumored mysteries, including missing airplanes, sunken ships, malfunctioning compasses and even legends of Atlantis. In reality, its greatest wonder may be something far more incredible: sharks. For years, marine biologist Dr. Austin Gallagher has been investigating sharks in the area; he’s been on a mission to find the holy grail of shark research: the secret breeding grounds of tiger sharks. Tracking an elusive tiger shark named Mabel, he attempts to uncover Mother Nature’s most mysterious hotspot.

Shark vs. Whale
National Geographic — Premieres Tuesday, July 21, at 10/9c
Nat Geo WILD — Encore Presentation Tuesday, August 11, at 10/9c
A routine drone survey turns deadly when Ryan Johnson, a marine biologist based in South Africa, films a humpback whale being attacked and strategically drowned by a great white shark. The never-before-seen behavior causes a complete perspective shift on a creature Johnson has spent his life studying. To make sense of the event, he follows humpback whales on their migration, mapping places that may make them vulnerable, and takes a new look at great white sharks to discover how and why they become whale killers.

What the Shark?
National Geographic — Premieres Wednesday, July 22, at 10/9c
Nat Geo WILD — Encore Presentation Thursday, August 13, at 10/9c
Exploring the shallow waters of sandy beaches and venturing into 8,000-foot abysses, What the Shark? takes a look at a side of sharks rarely seen and dives deep into the environments where extreme adaptation is critical to survival. In this dark void, where inky darkness could hinder a predator from finding its prey and pressure levels might blow flesh to pieces, the atmosphere is a threat to a shark’s survival. To endure these hostile waters, this ghostly cast of living monsters must have its act together to defy the convention of life below the surface.

Shark vs. Surfer
National Geographic — Premieres Sunday, July 26, at 8/7c
Nat Geo WILD — Encore Presentation Thursday, August 6, at 9/8c
As the number of shark attacks worldwide rises, surfers are taking the brunt of the bite. Shark vs. Surfer visits shark-infested surf spots around the world to relive some of the most harrowing shark and surfer stories through unbelievable, caught-on-camera encounters and interviews with the victims. With insight from marine biologists Ryan Johnson and Dr. Steven Kajuira, the special aims to answer once and for all: Are we really in danger?

Are you looking forward to Sharkfest?

Roger has been a Disney fan since he was a kid and this interest has grown over the years. He has visited Disney Parks around the globe and has a vast collection of Disney movies and collectibles. He is the owner of What's On Disney Plus & DisKingdom. Email: Roger@WhatsOnDisneyPlus.com Twitter: Twitter.com/RogPalmerUK Facebook: Facebook.com/rogpalmeruk
View all posts
Tags: sharkweek