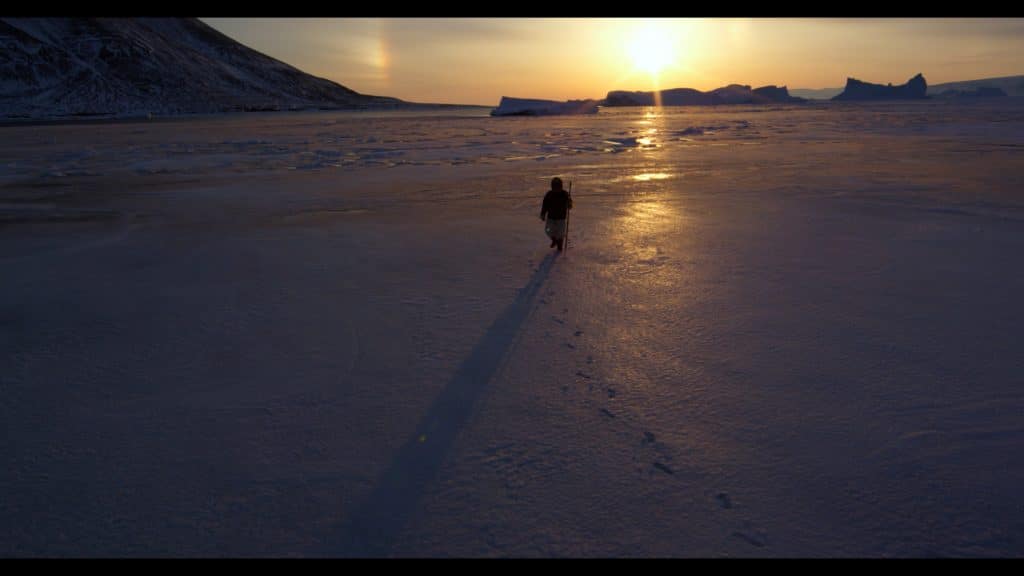 With National Geographic being one of the core five brands of Disney+, expect to see “The Last Ice” released on the streaming platform after its finished its initial run.

As the sea ice between Canada and Greenland melts, the outside world sees unprecedented opportunity. Oil and gas deposits, faster shipping routes, tourism and fishing all provide financial incentive to exploit the newly opened waters. But for more than 100,000 Inuit who live in the Arctic, on and around the frozen ocean, an entire way of life is at stake. Development here threatens to upset the balance between their communities, land and wildlife, leaving the future of this region and their culture increasingly uncertain. Today, Inuit in Canada and Greenland are once again coming together, fighting to protect what will remain of their homeland as the ice melts. The question is, will the world listen?

“The melting of the Arctic sea ice has profound consequences on all levels — from local to global and ecological to cultural” said executive producer Dr. Sala. “My hope with “The Last Ice” is to shine a light on the resilient Inuit communities who are fighting against climate change, as their livelihood and culture are threatened by the dramatically transforming Arctic.”

“National Geographic is deeply committed to inspiring and informing people about the importance of protecting our planet,” said Carolyn Bernstein, Executive Vice President, Global Scripted Content and Documentary Films at National Geographic Partners. “We are thrilled to showcase the work of Dr. Enric Sala, one of the foremost champions of our natural world, and share with our viewers this crucial mission and the important stories of the Inuit communities in “The Last Ice”.

The feature documentary is part of a global, cross-platform celebration of the work of National Geographic Pristine Seas, a project of the National Geographic Society that aims to help protect the ocean’s last wild places. Cross-platform content includes the world premiere of the one-hour special PRISTINE SEAS (wt) this September, which takes a comprehensive look at the ocean conservation program founded by Sala in 2008 that through more than 30 expeditions has helped inspire the protection of more than 5 million square kilometers of ocean in 22 protected areas. From the coral reefs of Palau to the icebergs of the Russian Arctic to the kelp forests of the Juan Fernandez Islands, the special follows Sala and his team of marine biologists, explorers and filmmakers as they travel the globe in a race to save our ocean.

Roger has been a Disney fan since he was a kid and this interest has grown over the years. He has visited Disney Parks around the globe and has a vast collection of Disney movies and collectibles. He is the owner of What's On Disney Plus & DisKingdom. Email: Roger@WhatsOnDisneyPlus.com Twitter: Twitter.com/RogPalmerUK Facebook: Facebook.com/rogpalmeruk
View all posts
Tags: national geographic, the last ice