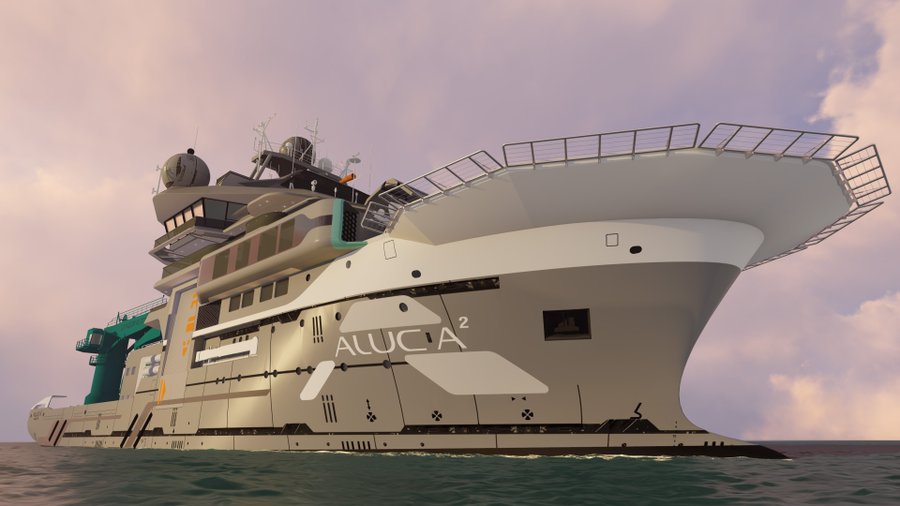 National Geographic has announced a new series called Mission OceanX, where they are teaming up with the BBC and James Cameron.

In 1966, Jacques Cousteau and his research vessel, RV Calypso, immersed global audiences in the awe and wonder of our oceans, a wholly unseen world at that time, through the groundbreaking series “The Undersea World of Jacques Cousteau.” Today, more than 50 years later, the ocean remains Earth’s greatest untapped terrain for adventure, discovery and storytelling. National Geographic has been spurring curiosity into Earth’s awe-inspiring oceans for decades, whether by traveling across the seas or diving to the deepest depths of the Mariana Trench with renowned filmmaker and National Geographic Explorer-at-Large James Cameron. Now, at a moment when the urgency of ocean conservation is at a crucial point, National Geographic announces MISSION OCEANX (w.t.), a global, six-episode series and cross-platform event that pairs a dream team of the world’s greatest ocean storytellers with the most advanced combined exploration and media vessel ever built. MISSION OCEANX will premiere in 171 countries and 43 languages on National Geographic, with the first season focusing on the Indian Ocean, with the aim that it will become a recurring series focusing on a different ocean each season.

MISSION OCEANX embodies the mission of production partner and leading ocean exploration initiative OceanX (part of the Dalio Philanthropies), which combines cutting-edge technology, science and media to explore the ocean and bring it back to the world. Building on the capabilities of its iconic research vessel, MV Alucia, OceanX will launch Alucia2, the most advanced and powerful exploration, scientific research and media production vessel the world has ever seen, to enable this groundbreaking series.

MISSION OCEANX will combine high-end, character-driven documentary with blue-chip sequences to capture the drama and thrill of exploration — a high-stakes adventure in ocean discovery. The series will take audiences aboard the maiden voyage of Alucia2 to explore the farthest frontiers of the world’s oceans, 95 percent of which are entirely unexplored. On board this next-generation ocean exploration vessel will be a handpicked team of pioneering filmmakers and world-leading scientists, all of whom will uncover the ocean’s greatest secrets — diving deeper, getting closer and exploring the darkest recesses of the seas, many inaccessible until now.

Alucia2 will be a technological marvel. A one-time oil survey ship that is being retrofitted at Damen Shipyards in Rotterdam, Alucia2 spans nearly 280 feet. Its features include a 40-ton man-rated A-frame strong enough to deploy submersibles, towed sonar arrays and more; an enclosed submersible hangar; and a dedicated deployment bay that will allow for independent launch and recovery of piloted and autonomous underwater drones. Alucia2 will also feature two submersibles, each of which can dive beyond a depth of 3,000 feet for up to eight hours, going where no human has been before. Alucia2’s onboard helicopter can search long range and deploy remote research teams and filmmakers from the skies. New discoveries will be made on board using state-of-the-art dry and wet marine laboratories, and the ship’s media studio will bring these discoveries to screens, potentially delivering groundbreaking scientific news in real time.

MISSION OCEANX will tell the stories of young explorers, scientists and filmmakers as they embark on their mission, dealing with challenges that arise from seeking to solve some of the ocean’s greatest outstanding mysteries: What happens when a great white slices through the sardine run being documented? How can humans decipher the language a mother whale speaks to her calf? By showcasing cutting-edge science, the thrill of exploration and extraordinary wildlife filmmaking, MISSION OCEANX will push the boundaries of knowledge at the final frontier on Earth — its oceans. Among Alucia2’s crew will be cinematographers determined to capture the explorers and scientists documenting these incredible science stories in pioneering ways. Unimaginable encounters, once-in-a-lifetime experiences and filming techniques will bring to life the magical worlds of the oceans in exquisite detail.

“We are tremendously proud to be partnering with BBC Studios’ Natural History Unit, OceanX, Dalio Philanthropies and the Avatar Alliance Foundation on this premium, landmark series that will live across National Geographic,” said Courteney Monroe, president, National Geographic Global Television Networks. “National Geographic is uniquely positioned to amplify the urgency of global ocean conservation, not just through our world-class storytelling and unparalleled global reach, but also through National Geographic Society’s leadership in science, conservation and education. Along with our partners, we hope that MISSION OCEANX will not only entertain, but also spark curiosity, help solve big problems and push the boundaries of what we already know about our oceans.”

“National Geographic is a global leader in scientific exploration and adventure, revealing the wonders of the ocean and the significant challenges that are part of ocean exploration,” said Cameron. “In MISSION OCEANX, we’ll take viewers on an unparalleled ocean journey on the Alucia2, introducing them to a group of principled, passionate people on a sometimes dangerous mission of ocean-discovery in real-time. We’ll present the stakes and tell a visually spectacular and dramatic story—a story that inspires the next generation of explorers and adventurers committed to protecting and preserving our oceans.”

“At OceanX, we’ve long believed in the power of combining exploration and storytelling to cultivate a deep and personal connection with the oceans for audiences worldwide, and MISSION OCEANX is a true expression of our core mission,” said Mark Dalio, founder and creative director of OceanX Media. “We are thrilled to partner with the dream team of National Geographic, James Cameron and our longtime partner BBC Studios to bring the excitement of the oceans to a global audience and inspire the next generation of ocean explorers. As we unveil Alucia2 and usher in a new era of world discovery, we hope to inspire viewers to discover and rediscover their love and passion for the oceans.”

“Discovering and telling the stories of inhabitants hidden beneath the waves and sometimes in mind-boggling depths of water raises huge filming challenges. Not only does this truly one-of-a-kind groundbreaking ocean exploration take us to the boundary of what is possible to film, we will define new boundaries,” said BBC Studios’ Natural History Unit Head Julian Hector. “With OceanX Media, we’ve already had a tremendous history in capturing the most visually spectacular views of our oceans, and by working with impeccable storytellers like James Cameron and National Geographic, we hope to tell the stories of the people behind the remarkable scientific discoveries and capture their trials and tribulations in the moment.”

As a part of the series launch, the OceanX team is encouraging a broad audience to get involved by renaming Alucia2 before it sets sail for the first time in 2020. The naming contest will be conducted across National Geographic’s social media channels, and the person whose ship name is selected will win a once-in-a-lifetime chance to experience the thrills of ocean exploration by going for a dive in one of the ship’s submarines. The winning ship name will evoke either the excitement of exploring the ocean or the urgency with which humanity must address the need to better understand and protect it — or both. More details on the contest are available at www.oceanx.org/win-a-sub-dive.

“I believe that ocean exploration is way more exciting and way more important to our lives than space exploration — and that it’s underappreciated,” said Ray Dalio, founder of OceanX and president of Dalio Philanthropies. “That’s why I am thrilled to enable exploration and share it with the world the way Jacques Cousteau did. To do so with James Cameron, National Geographic and the BBC is a dream come true for me.”

No Disney+ details were announced, but with it being a major core brand of Disney+, it would make sense for this series to eventually be available on Disney+ as well.

Roger has been a Disney fan since he was a kid and this interest has grown over the years. He has visited Disney Parks around the globe and has a vast collection of Disney movies and collectibles. He is the owner of What's On Disney Plus & DisKingdom. Email: Roger@WhatsOnDisneyPlus.com Twitter: Twitter.com/RogPalmerUK Facebook: Facebook.com/rogpalmeruk
View all posts
Tags: mission oceanx, national geographic