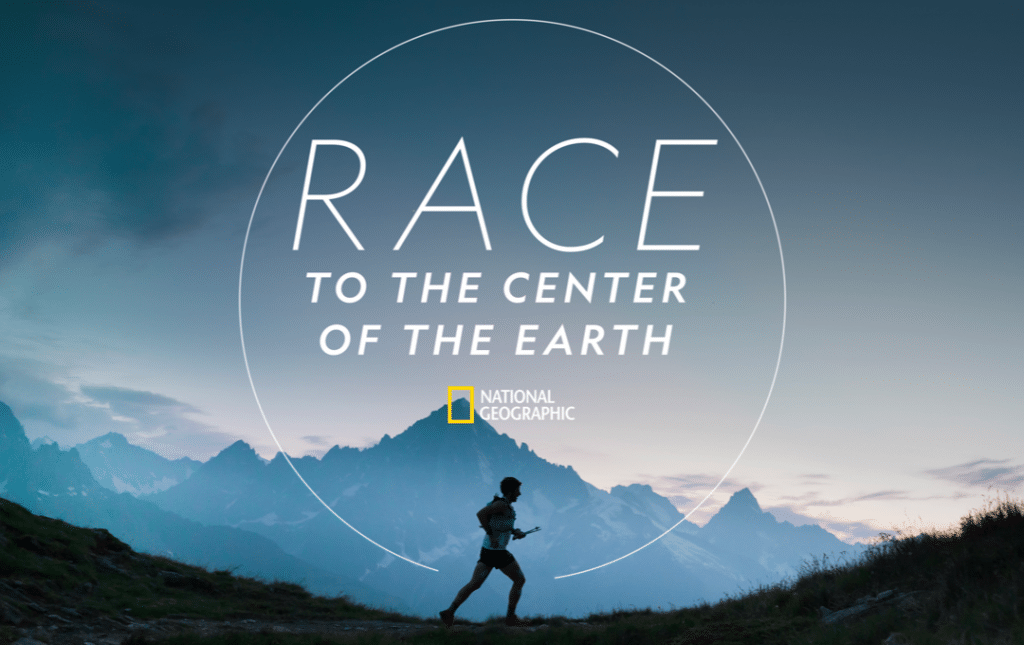 National Geographic has announced details on a brand new series called “Race To The Center Of The Earth”, which is coming to the National Geographic channel on Monday, March 29th at 10:00 p.m. ET/PT.  No Disney+ release has yet been confirmed for this series, but as with all Nat Geo shows, expect it to eventually be released.

The epic seven-part series, created by award-winning producers Bertram van Munster and Elise Doganieri, is an adrenaline-fueled global competition that pits four teams of three against one another in a nonstop sprint across the globe for a $1 million prize. RACE TO THE CENTER OF THE EARTH is an extreme non-elimination competition that follows four groups of adventurers, each starting from different corners of the earth, as they race to a buoy holding the grand prize. Racing from different corners of the planet — South America, Russia, Canada and Southeast Asia, the teams will face untamed jungles, frozen arctic, arid deserts, bustling cities, treacherous mountains and vast oceans to reach the location where all four routes intersect. The first team to arrive at the buoy claims it all. Embarking on the adventure of a lifetime, these adventurous teams, made up of friends and co-workers, are confident their bond is what will lead them to the finish line.

After six months of rigorous prep work and scouting hundreds of locations covering more than 35,000 miles around the globe, a highly experienced team of producers and cinematographers was ready to hit the ground running, literally. Cameras follow the contestants, mirroring their actions as they take on various challenges that test their limits of strength, speed and stamina. The highly skilled filmmakers capture the teams throughout the race and at every waypoint — around 500 — with state-of-the-art camera technology including BlackMagic URSA Mini Pro G2, allowing ultra-high resolution in a small, handheld package.

The race is divided into two stages. Each team has been randomly assigned a different international route for Stage One; the contestants must travel a daily course of epic physical challenges within a set time frame. They are given a GPS device containing a number of waypoints indicating the route they must follow. Points given through Stage One will be tracked by the producers and are broken up as follows:

●      Teams that do not complete the daily course in the allotted time will be moved to the final waypoint for safety and will lose ONE point.

The team with the most points at the end of Stage One will have a starting position advantage at the beginning of Stage Two. Teams will race head-to-head in this final stage; the first team to reach the buoy holding the grand prize will be the winner.

These adventurous teams, made up of friends and co-workers, are confident their bond is what will lead them to the finish line. The four teams include Team Russia, a group of colleagues from Anchorage, Alaska, who have known each other for 15 years and have been together through highly intense situations and personal milestones, will race through a variety of terrains in Russia; Team North America, a team of co-workers from Denver, Colorado, who consider each other family, will trek their way through the Canadian wilderness; Team South America, who boulder their way through daily intense training back home in San Diego, California, will trek through the glaciers and more in South America; and Team Southeast Asia from Seattle, Washington, who has bonded over their love of adventure, travel and the outdoors, will travel through Southeast Asia. 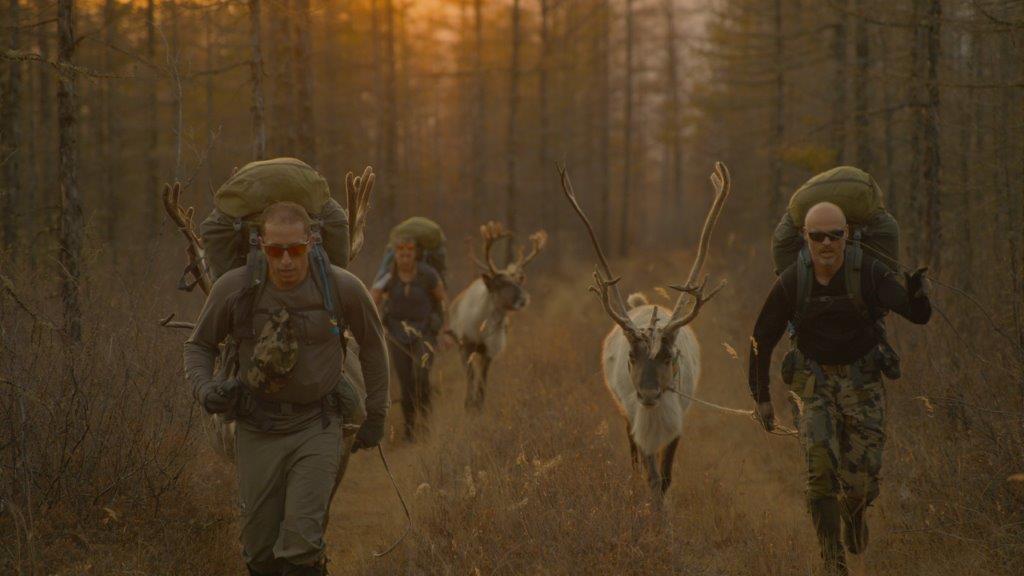 Episode descriptions are as follows:

Four teams across the world compete in the ultimate adventure race for $1 million. Teams of co-workers, rock-climbers, cops and teachers are spread out across the world and racing toward the same finish line. As the race begins, teams must work together to win. For one team, a steep challenge on day one will test their mettle.

As the Race to the Center of the Earth heats up, teams are pushed to the limits of both mind and body. In Canada, a snowstorm puts the team in a bind. In Vietnam, one adventurer will have to face her fears. In South America, the fabric of the team will be tested. And in Russia, the team endures the longest day of the course.

The race continues, and for each team it will take physical and mental strength to endure. In Russia, car troubles jeopardize the team’s lead in the competition. In Canada, relationships are put to the test. In South America, the team must make a risky decision. And Team Southeast Asia will face their most exhausting challenge yet.

The Race to the Center of the Earth hits the halfway point, the Big Reveal brings new information to the teams. Competition revs up as teams are faced with harrowing challenges while emotions run high. Teams are gunning to steal first place, but do they have what it takes to win the million-dollar prize?

More than halfway through the Race, even the strongest are pushed to their breaking points. In Canada, the team faces a frozen uphill battle. In Thailand, the team’s weaknesses are exposed.  Team Russia adventures into dangerous territory. And Team South America fights against injury and fear.

Around the globe, teams are pushing toward the end of stage one. In Canada, a horseback ride takes a dangerous turn. In Malaysia, Team Southeast Asia battles a jungle labyrinth. In Russia, an injury plagues the entire team. And in Chile, civil unrest throws an unexpected wrench in Team South America’s journey.

After 13 grueling days racing in their separate corners around the world, the four teams converge at the final destination for an epic head-to-head battle, where just one will walk away with the million-dollar prize. 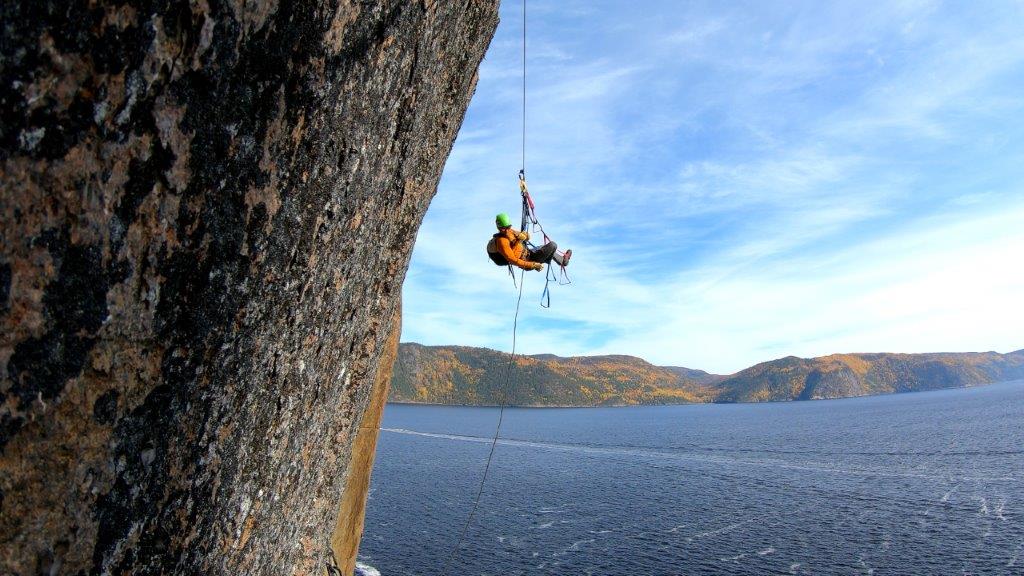 Are you looking forward to seeing “Race To The Center Of The Earth”?

Roger has been a Disney fan since he was a kid and this interest has grown over the years. He has visited Disney Parks around the globe and has a vast collection of Disney movies and collectibles. He is the owner of What's On Disney Plus & DisKingdom. Email: Roger@WhatsOnDisneyPlus.com Twitter: Twitter.com/RogPalmerUK Facebook: Facebook.com/rogpalmeruk
View all posts
Tags: race to the center of the earth

“Race To The Center Of The Earth” Cancelled