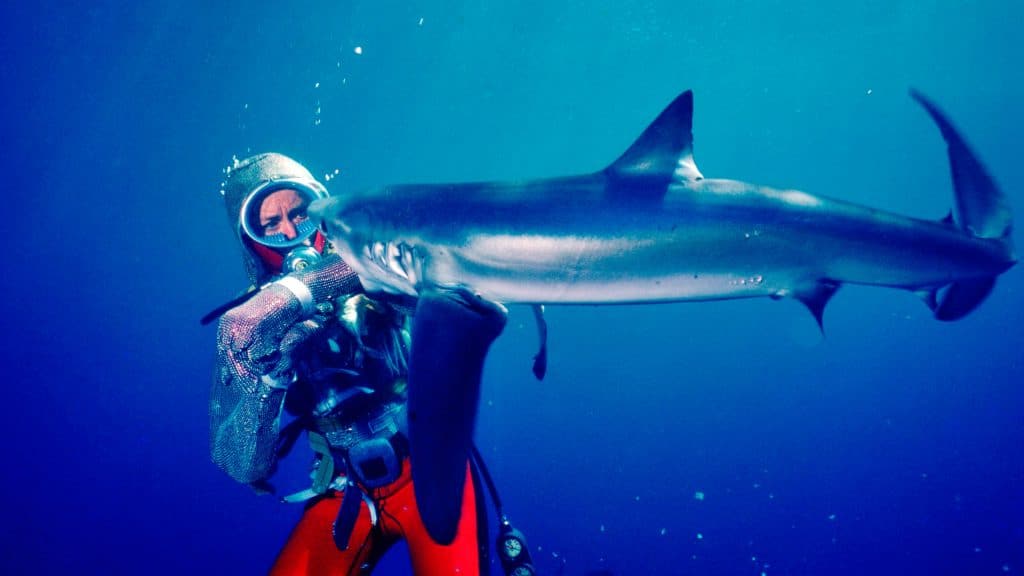 Called “visually stunning,” “enthralling” and “gorgeous” by critics after its Sundance premiere Friday evening, Playing with Sharks captures the life of a woman ahead of her time — a true pioneer in both underwater filmmaking and shark research, whose life’s work has become the basis for much of what we know about sharks today. Through remarkable underwater archival footage, along with interviews with Valerie herself, the film follows this daring ocean explorer’s trajectory from champion spear fisher to passionate shark protector. From the birth of cage diving, to Jaws hysteria, to the dawn of cageless shark diving, Valerie became a trailblazing advocate for the ocean’s most maligned and misunderstood creatures.

As a young woman in Australia in the 1950s, Valerie Taylor bucked the status quo, becoming a champion spear fisher in a sport dominated by men. She soon traded in her spear for a camera, documenting the undersea world as never before. With husband Ron behind the camera and Valerie’s willingness to get up close and personal with creatures of the deep, the team quickly gained attention as world-class, pioneering underwater filmmakers. The first ever to film a great white underwater, their shark sequences ultimately became the inspiration for a new novel and soon-to-be blockbuster hit — Jaws — with Valerie and Ron brought on to shoot all the underwater live shark scenes.

The rest is history — Jaws went on to become a cultural phenomenon, smashing box office records and changing the film industry forever. But Jaws had other unforeseen consequences, solidifying sharks in the collective mindset as an underwater monster to be feared and hunted. Valerie would spend the rest of her life working to set the record straight, dispelling the fearsome misconceptions about the toothy predator and advocating for the protection and preservation of marine habitats such as the Great Barrier Reef. 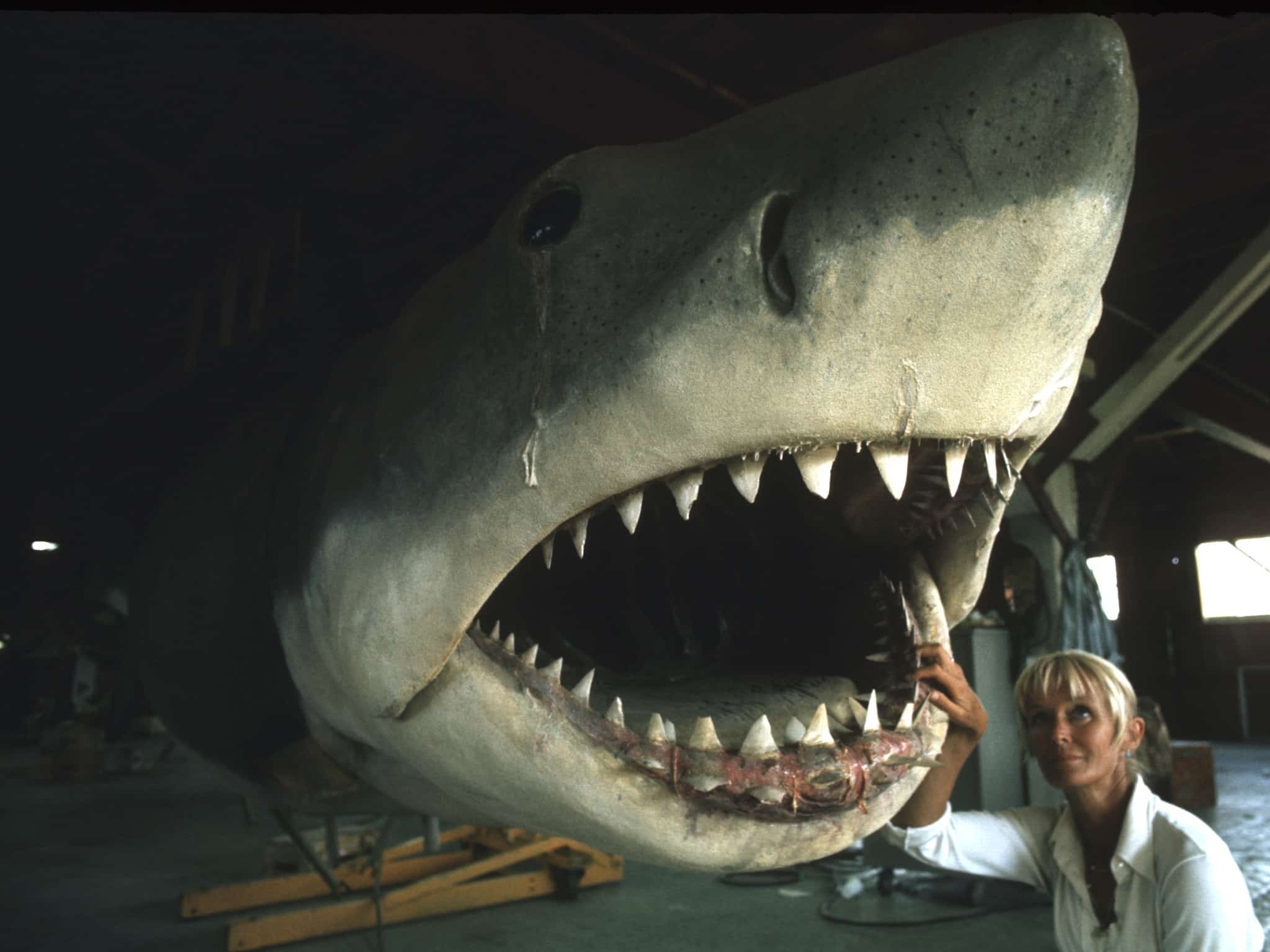 “We couldn’t be happier to partner with Nat Geo Doc Films. It is the perfect home for Playing with Sharks and we know Nat Geo will embrace and promote its important themes of shark conservation and trailblazing women,” said producer Bettina Dalton of WildBear Entertainment. “Dogwoof was with us all the way as both sales agents and investors; they committed to the journey with us from my first pitch to Anna Godas in Sundance 2019 right through to the final deal, which they negotiated and completed with great finesse.”

“It was love at first sight when Bettina pitched Valerie’s story to us two years ago in Sundance and we decided to get involved as funders via TDog Productions (Dogwoof’s production fund),” added Anna Godas, CEO, Dogwoof. “It’s been the most incredible journey to see this film come to life. We couldn’t be prouder to have helped make this project happen and couldn’t have asked for a better team to craft it.”

“I can’t think of a more perfect film premiering at Sundance this year for our Nat Geo Docs Film banner than Playing with Sharks,” said Carolyn Bernstein EVP, Global Scripted Content & Documentary Films for National Geographic. “We see it as a coming home of sorts for Valerie, after she first appeared on the cover of National Geographic magazine in June 1973. Valerie’s thirst for adventure and love for marine life jumps off the screen — hers is a truly unique and aspirational story and one we can’t wait to share with audiences worldwide.” 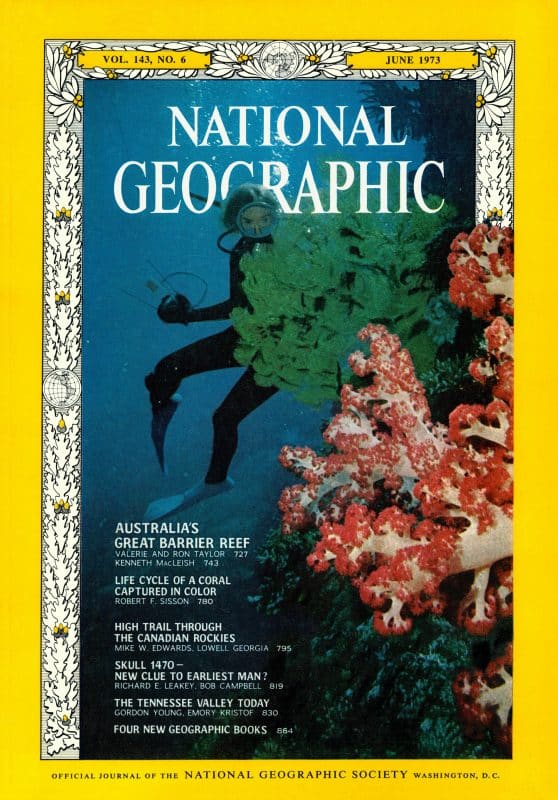 No release date has yet been announced, either for theatrical, Disney+, Hulu or for the National Geographic channel.

Are you excited to see a new Shark documentary ?