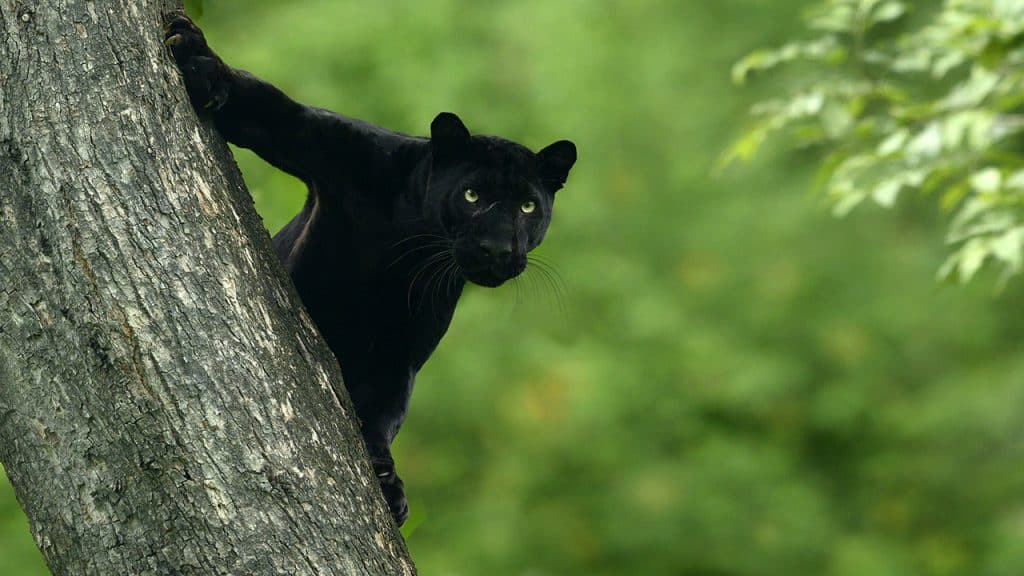 At the Television Critics Association event, National Geographic announced a number of new shows that will be coming to their Nat Geo Wild channel later this year.  Ultimately this should mean these shows should eventually be added to Disney+ once they’ve finished their initial run on TV (unless Disney change their release strategy for Disney+ before then).

“The Wrap” has shared details on a number of new shows including:

“Heartland Docs, DVM”
Premieres Saturday, January 25, 10/9c; 6 one-hour episodes
In picturesque, rural Hartington, Nebraska, Drs. Erin and Ben Schroeder are a married team of veterinarians whose unbridled commitment to the community’s generational farmers is paramount to the preservation of the nation’s food supply. Along with their two sons, Charlie and Chase, the doctors are always on the go as their veterinary practice cares for the region’s myriad animals in need, including cows, potbellied pigs, llamas, deer and possum. The Schroeders’ credo extends beyond saving the animals on which America depends; it’s about making each visit something to look forward to for both the animals and their caretakers, even in the toughest conditions. From winter blizzards to spring tornadoes and blistering summer heat waves, Drs. Erin and Ben Schroeder overcome the obstacles with skill and heart.

“Critter Fixers: Country Vets”
Premieres Saturday, March 7, 10/9c; 6 one-hour episodes
Dr. Vernard Hodges and Dr. Terrence Ferguson are two lifelong friends who own and operate Critter Fixer Veterinary Hospital, located 100 miles south of Atlanta. Together with their loving staff, these physicians bring real heart, soul and a lot of humor to their treatment and care of more than 20,000 patients a year across their two locations. Between emergency visits to the office and farm calls throughout rural Georgia, this special team is constantly bombarded with unique cases. From a police dog with cactus thorns around her eye to a potbellied pig with life-threatening lacerations, for the Critter Fixer team, there is no such thing as “normal.”

“Dr. Ole” (WT)
Premieres Summer 2020; from High Noon Entertainment; 8 one-hour episodes
Dr. Ole Alcumbrac owns White Mountain Animal Hospital, a full-service animal clinic in Pinetop, Arizona, that cares for everything from cats and dogs to exotics and large animals. But this self-described ‘wild man’ isn’t your typical veterinarian, and it’s his work outside of the clinic that excites him most. Whether he’s helicoptering around the country on rescue and relocation missions, working on wild and dangerous species at two of Arizona’s wildlife parks (where he’s the resident vet), or flying to Mexico to do emergency dental work on jaguars, no two days are ever the same for Ole. Just like the wild animals he cares for, Dr. Ole Alcumbrac can’t be tamed!

“Secrets of the Zoo: Down Under”
Premieres Sunday, March 1, 10/9c; from McAvoy Media; 10 one-hour episodes
The series gives viewers a behind-the-scenes look at what it takes to run one of the world’s most famous and magnificent zoos. For the 240 keepers and vets who care for the more than 5,000 animals at the park, this is no nine-to-five job! In fact, it’s a second home. In this entertaining and compelling series, no area of the park’s 52 acres, set on the spectacular Sydney Harbour, is off limits. The zookeepers are the conduit to some amazing animal stories, including a giraffe that’s been transported from Dubbo, a captured shark that’s been nurtured for release and a cranky elephant that’s refusing to mate.

“World’s Biggest Zoo” (WT)
Premieres Fall 2020; from Double Act TV; 8 one-hour episodes
Welcome to North Carolina, home to the largest zoo in the world. Spread out over an enormous 2,600 acres, this AZA accredited zoo has thousands of individual animals, more than 212 species and a diverse range of landscapes, including swamps, prairies, rivers, forests and even a desert. It’s more of a wildlife reserve than a traditional zoo, and many species share habitats as they would in the wild. At a time when the traditional concept of a zoo seems out of sync with animal welfare, the North Carolina Zoo leads the way and has achieved global recognition for setting zoo standards. The eight-part series features stories of every kind — from emergency and routine animal procedures and animal husbandry to rescue, rehabilitation and release.

“Alaska Animal Rescue”
Premieres Saturday, April 11, 9/8c; from Symbio Studios; 6 one-hour episodes
This groundbreaking series follows wildlife heroes from three renowned conservation centers as they respond to animals in need. Whether caring for a stranded sea lion, an orphaned lynx or an injured eagle, these are the people on the front lines, willing to do whatever it takes to rescue and preserve Alaska’s wildlife. The Alaska SeaLife Center in Seward monitors the state’s 6,640 miles of coastline, helping a diverse range of marine life, including walruses, whales, otters and octopuses. Alaska Raptor Center in Sitka specializes in the state’s airborne animals, like bald eagles, owls and other birds of prey. And the Alaska Wildlife Conservation Center in Portage takes on the biggest and most iconic land animals, including bears, wolves and bison. These dedicated first responders, veterinarians and animal caretakers work hands on — day in and day out — through dangerous terrain and unforgiving climates to rescue and rehabilitate these animals to make sure this wild state stays wild.

“Jungle Animal Rescue”
Premieres Saturday, April 18, 10/9c; from Double Act TV; 6 one-hour episodes
A land of elephants, tigers, leopards and bears, India is one of the most biodiverse countries on Earth. But it’s also home to 1.3 billion people who increasingly compete with wild animals for living space. Now, a dedicated team of conservationists and vets are on a mission to rescue animals in distress and find a way for India’s people and wildlife to coexist in harmony.

“The Hidden Kingdoms of China”
Premieres Monday, March 23, 9/8c; from Brian Leith Productions; 5 one-hour episodes
China is the world’s most populated country with more than 1.4 billion people inhabiting its vast and extreme wild lands alongside creatures seen nowhere else in the world. Some of its secrets are still undiscovered … until now. “The Hidden Kingdoms of China” highlights the nation’s beauty and grandeur, from the highest mountains and plateaus to its thickest jungles and bamboo forests. With unparalleled access, the epic two-hour natural history special introduces viewers to the real-life drama surrounding the snub-nosed monkey, Tibetan fox, snow leopard and a kaleidoscope of jungle creatures, and even reveals never-before-seen behavior from the nation’s most iconic animal — the giant panda.

“The Real Black Panther”
One-hour Special Premieres Winter 2020 – From Symbio Studios
The hot, dry, deciduous jungles of South India are no place for a melanistic leopard. But Saya is different. He is the only black panther in the entire Kabini Forest, and he’s got one thing on his mind: to take over and make this leopard paradise his own. But Scarface, the current ruler, won’t give it up easily. With one eye on his prey and the other on the ever-changing skies, Saya must befriend the sun and the clouds to master the shadows so that he can move unnoticed and hunt successfully. Between these trees lies an untold story — one that defies the laws of natural selection. Furthermore, it’s a story of astounding adaptability and success. Told in first-person narrative, this is the journey of Saya — the real black panther.

“March of the Polar Bears”
Two-hour Special Premieres Winter 2020 – From Earth Touch USA
As the Arctic changes faster than ever, a team of polar bear guides prepares for an epic journey: a first-ever attempt to follow polar bears traversing the sea ice of Hudson Bay. In this high-stakes, high-reward venture, the team documents the secret world of polar bears and the mysterious and disappearing realm that is the bears’ key to survival. Life on the ice is a critical time for these bears. It also remains undocumented, deemed too dangerous for humans to follow, hinted at only through aerial reconnaissance and satellite collar research. The team, armed with traditional ecological knowledge and the latest 4K camera technology, witnesses never-before-seen seal-hunting strategies and documents rapid adaptations to climate change, including whale predation and open-water hunting.

Which of these shows are you excited for? 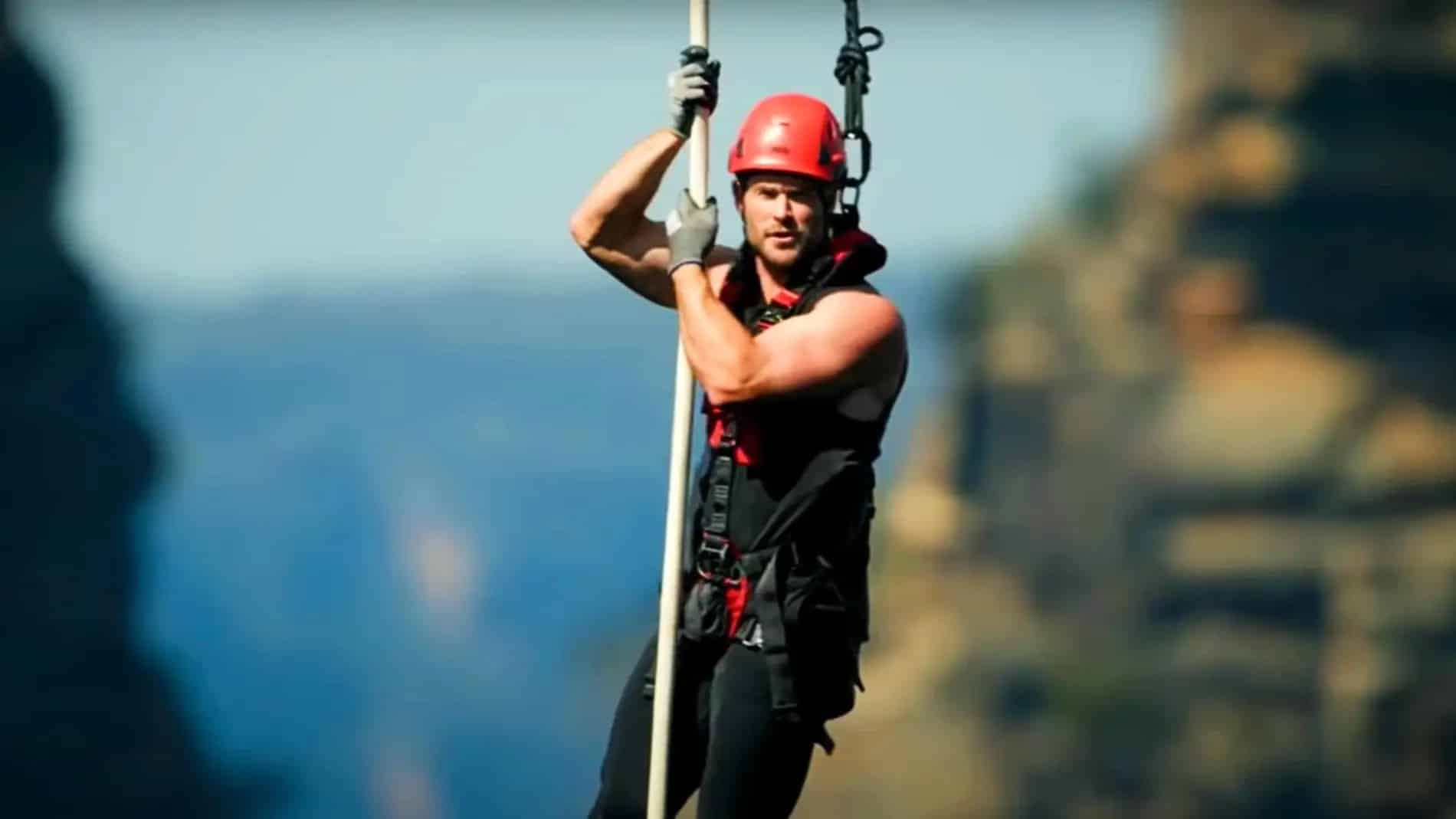