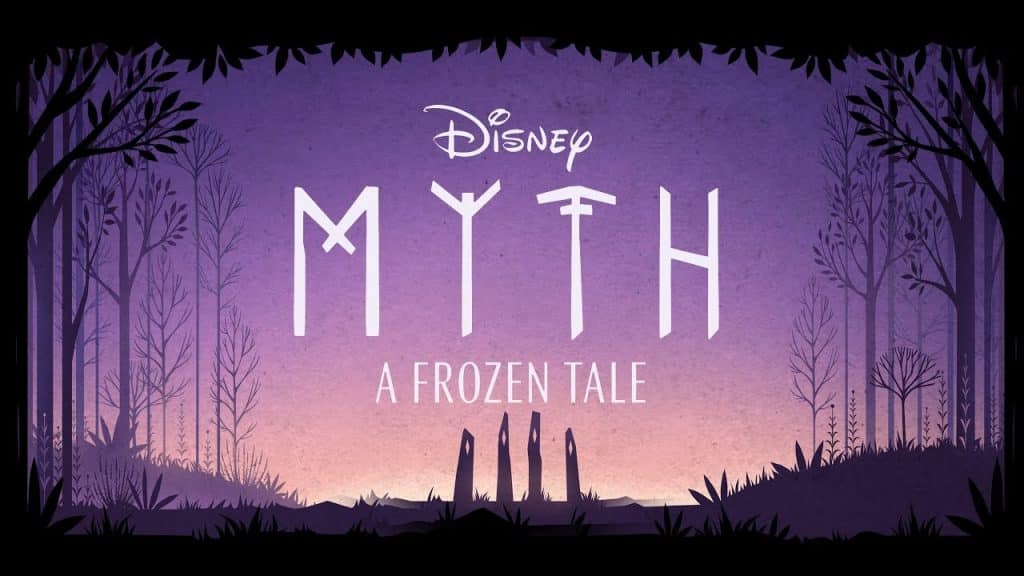 A family living in Arendelle tells a story to their kids about the elemental spirits of the land that make up the mythical history of the land’s past, present and future in “Myth: A Frozen Tale.” This short is designed as a virtual reality experience for people who don’t have access to VR technology. It’s beautifully animated, but the lack of characters from the “Frozen” franchise may make it less appealing to some viewers.

The best thing about this short is easily the animation. It looks downright amazing. I would love to see more of this animation technology used in other shorts with a more well-designed plot. Another strong point for this short is the interviews at the beginning. While they won’t appeal to everyone, I like they are there. They give a good explanation of what this actually is to help lessen the shock that, while set in Arendelle, this has very little to do with the “Frozen” we know and many love. There are plenty of flaws with this short though. The lack of “Frozen” character is the biggest. Even an appearance from Sven or Olaf would make this more appealing to younger viewers. On top of that, the VR experience of this short is lacking without the proper technology. If the viewer has a VR headset while touring the land it would be far more interactive. I like what they were attempting to do, but I think it would be better if some guidance from the remote control were involved to make it more interactive. It’s a decent beginning, but has a lot of room for improvement.

Overall, I like the creators attempted to make an experience similar to virtual reality. I’m very hopeful they make some improvements and apply it to other Disney properties. I’d love to see something like this in the world of “Wreck-It Ralph” or “Zootopia.” The potential is absolutely there. I just think the execution can be improved as “practice makes perfect.” If you want to attempt the virtual reality experience on your TV, give it a shot. If not, you won’t miss anything by not watching this.

What did you think of “Myth: A Frozen Tale?”

Jeremy has been a big Disney fan since he was a kid growing up during the Disney Renaissance. One day he hopes to go to every Disney Park in the world.
View all posts
Tags: A Frozen Tale, disney, frozen, Myth, retro review, review