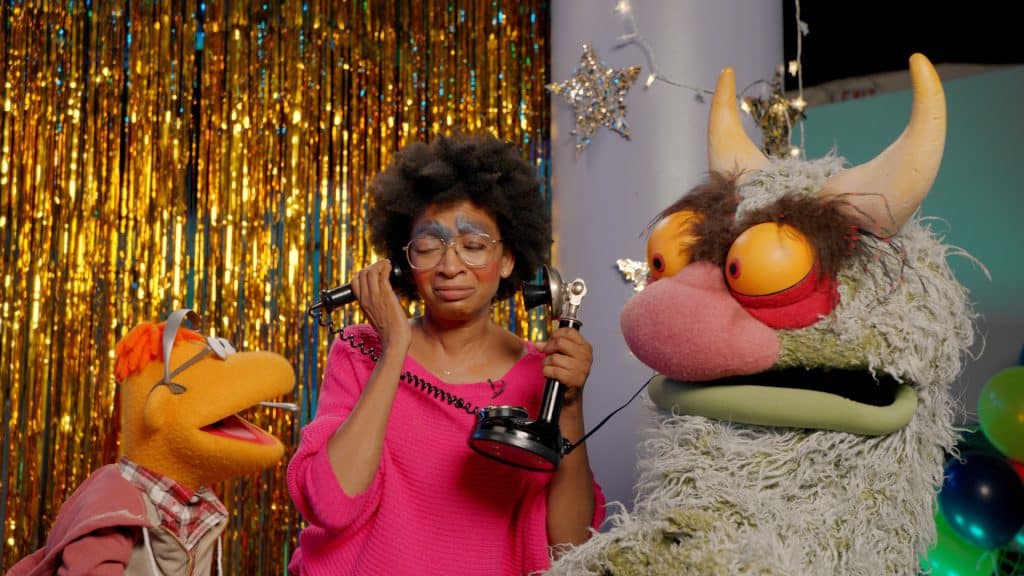 Disney has released new details and images from the third episode of the new Muppets Now series, which is coming to Disney+ on Friday 14th August.  Here is the official description for this episode:

Joe, the new legal counsel for The Muppets, interrupts the scheduled delivery of Muppets Now to announce that all streaming content must be vetted by a focus group. Things go from bad to worse when Scooter meets up with the assigned test audience – curmudgeonly critics Statler & Waldorf. The Swedish Chef collaborates with Chef Roy Choi as the two try to make a one-of-kind kalbi bowl. Dr. Bunsen Honeydew and his assistant, Beaker, enlist a Pizza Delivery Person (Al Madrigal) to explore velocity. Miss Piggy and her guests, Linda Cardellini and Taye Diggs, dig deep into the workings of a healthy relationship. Pepe The King Prawn’s unbelievable game show features new contestants, new challenges, new rules, and no planning at all.

Here are some photos from the upcoming episode: 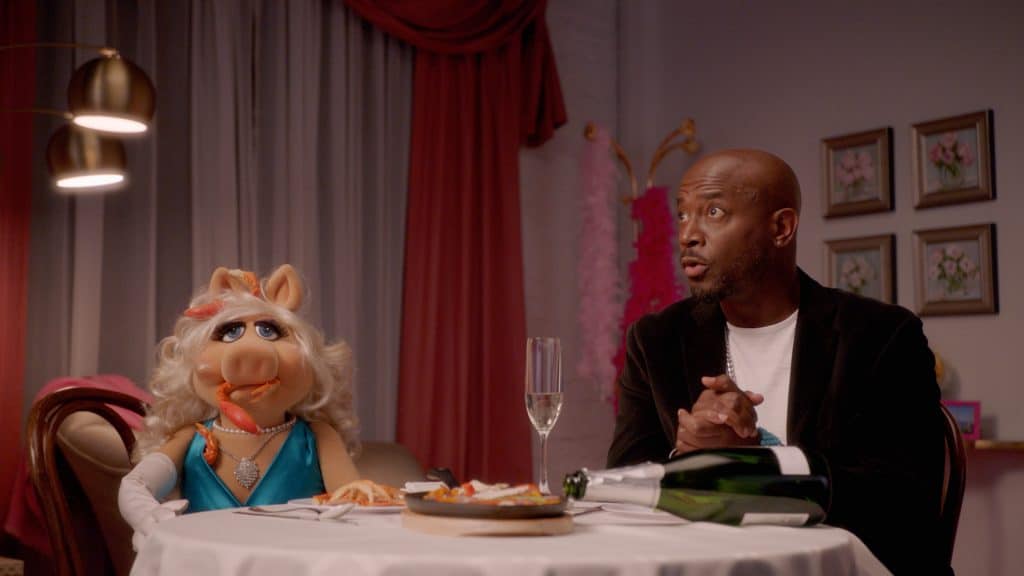 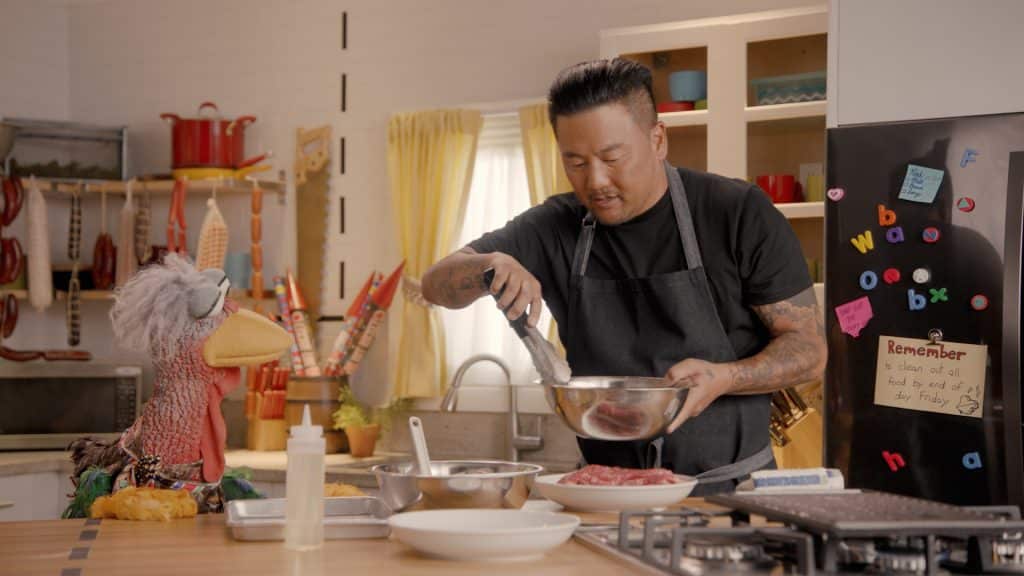 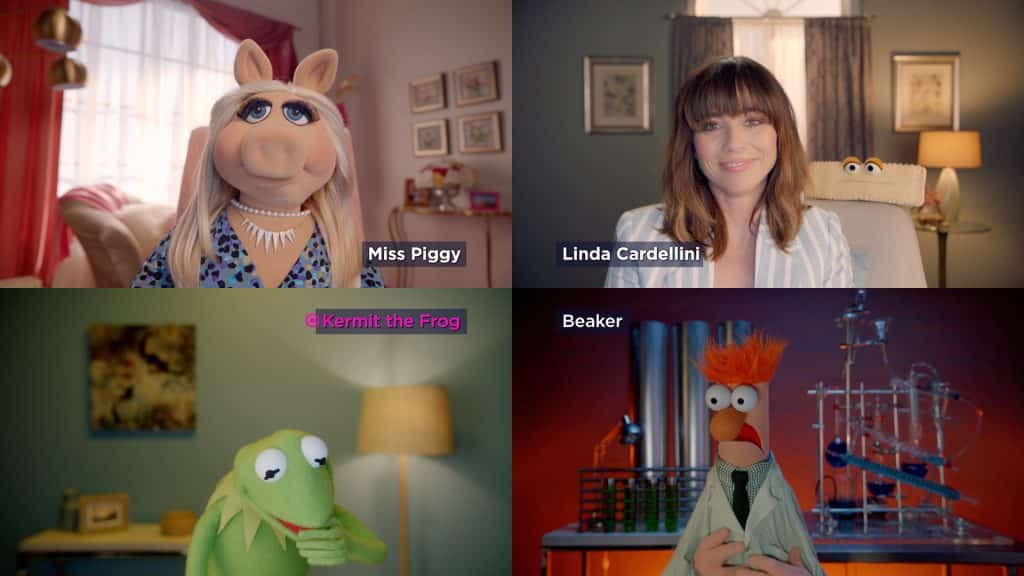 Are you looking forward to watching this episode of Muppets Now?

Roger has been a Disney fan since he was a kid and this interest has grown over the years. He has visited Disney Parks around the globe and has a vast collection of Disney movies and collectibles. He is the owner of What's On Disney Plus & DisKingdom. Email: Roger@WhatsOnDisneyPlus.com Twitter: Twitter.com/RogPalmerUK Facebook: Facebook.com/rogpalmeruk
View all posts
Tags: muppets now, preview 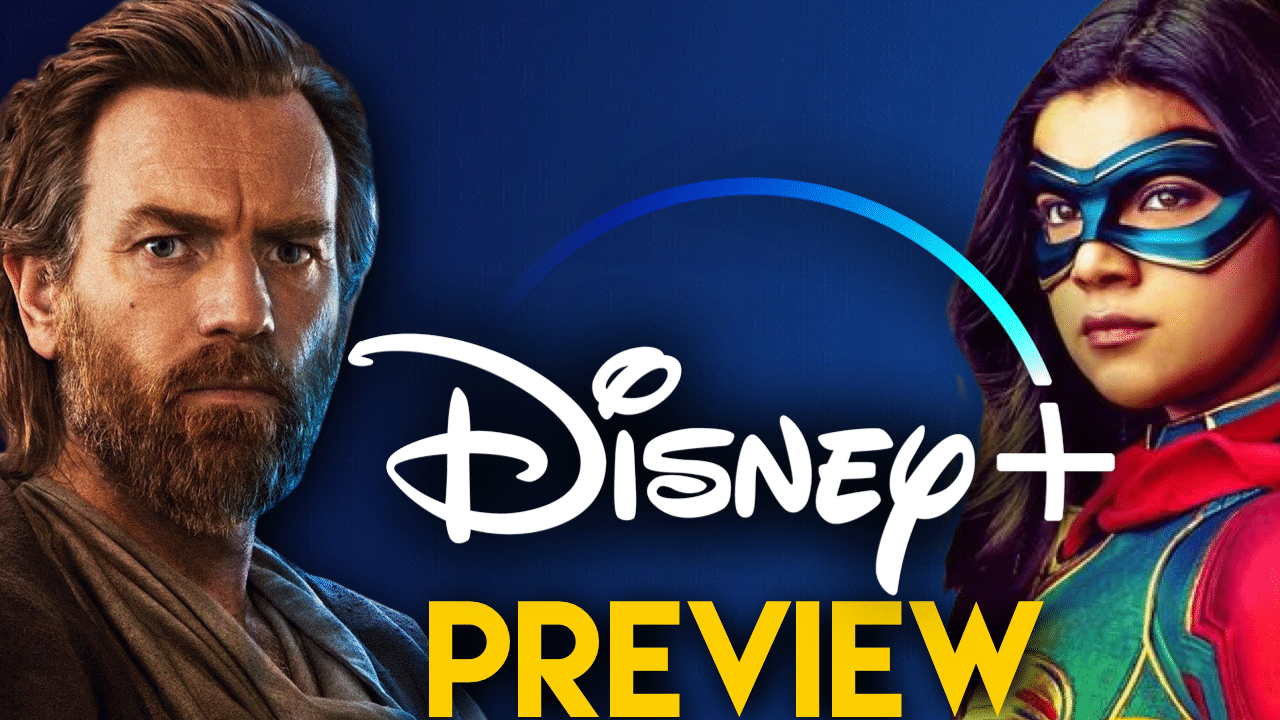