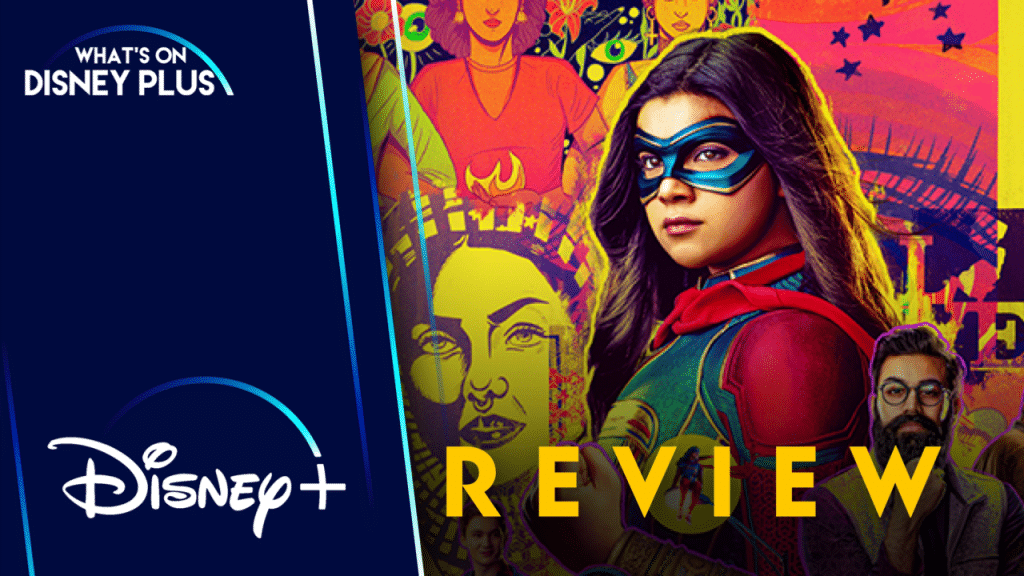 Marvel Studios’ latest original series for Disney+ is “Ms Marvel”, which introduces Kamala Khan, a Muslim American teenager growing up in Jersey City, who is an avid gamer and a voracious fan-fiction scribe.  Kamala is a Super Hero megafan with an oversized imagination—particularly when it comes to Captain Marvel and can’t wait to go to AvengerCon to take part in a cosplay event dressed as her favourite hero.

As with all teenagers, Kamala feels like she doesn’t fit in at school and sometimes even at home.  She’s geeky and unpopular with most of the school, plus she is a terrible driver!

The majority of the first episode is about establishing who Kamala Khan is and how she is just a typical teenager, with typical teenage issues, especially regarding balancing her school life, interests, and family life.  A major part of these first two episodes, is about establishing that she and her family are Muslims, they go to a mosque to pray, and we get to see how her family are struggling with the cultural differences.

Much like with any new Marvel Studios series, this isn’t like anything we’ve seen so far in the MCU.  It’s a cliche, but it fits, because this series has an entirely different vibe to it.

There’s little doubt that the additional time a Disney+ series offers for new characters to be slowly introduced can be beneficial.  Things don’t really fully get moving into the next gear, until the end of the second episode.  Both episode 1 and 2, are there to establish who she is and then, once she obtains her superpowers, coming to terms with how to use them.   Had “Ms Marvel” been introduced in her own film, rather than a series, I can’t help but think most of the character-building from these first two episodes would have been drastically reduced.  As a film just can’t justify over an hour and a half of basic character building.  The pacing is much slower, and by the time we hit the end of the second episode, we still don’t have any clearer idea of where the series is really going.  There’s no big villain established, as it’s all about just introducing the character to the audience.

“Ms Marvel” has a much younger vibe than most other Disney+ Marvel series, and I think it’s pretty easy to have some comparisons to Spider-Man.  Both have that awkward teenage vibe, with relationships, bullies, and balancing school and home.  We even get the typical, practice your new superpowers on the roof moment.

While I’ve never read a “Ms Marvel” comic book, most recently, I played through the “Avengers” video game, which featured Kamala Khan as the main character.  The origins of “Ms Marvel” are very different, such as her being an Inhuman and her powers are also entirely different.  I’m still not 100% sold on the superpower changes, since I got used to her super stretchy powers, but this new version could ultimately be better in the long run. But it’s still a bit weird to see how much the character has been changed.

If you liked the teenage antics of “Spider-Man: Homecoming”, I think you’ll enjoy “Ms Marvel”.  It pulls in on the younger audience style, with emojis and popular TikTok music.   This series is about a geeky Muslim teenage girl getting her superpowers, and it didn’t disappoint.  Iman Vellani is fantastic in the role.

To be truthful, based on the first two episodes, it’s my least favourite Disney+ Marvel series so far, as it feels more like a bigger budget version of a traditional superhero TV show, than something from the MCU.  But, with four more episodes to go, things could easily be turned around, as the few scenes involving Kamala using her superpowers were exciting.

Overall, I loved how this series showcases the awkwardness of a teenager, with the added layer of her family life.  I’m looking forward to watching this series each week on Disney+ and seeing how the story progresses.   I loved that this series doesn’t hold back from showcasing Kamala’s heritage and doesn’t just skim over it.  It’s an integral part of who she is.

“Ms Marvel” is shaping up to be an exciting addition to the MCU. I think this series is the perfect vehicle to establish the character before she jumps onto the big screen in the upcoming “The Marvels” film.   It takes its time to give us an insight into the world of a teenage Muslim girl living in the United States, which I find refreshing and one of the more interesting aspects of this show.

The first episode of “Ms Marvel” is coming to Disney+ on Wednesday 8th June 2022, with new episodes being released weekly afterwards.

Roger has been a Disney fan since he was a kid and this interest has grown over the years. He has visited Disney Parks around the globe and has a vast collection of Disney movies and collectibles. He is the owner of What's On Disney Plus & DisKingdom. Email: Roger@WhatsOnDisneyPlus.com Twitter: Twitter.com/RogPalmerUK Facebook: Facebook.com/rogpalmeruk
View all posts
Tags: ms marvel, review 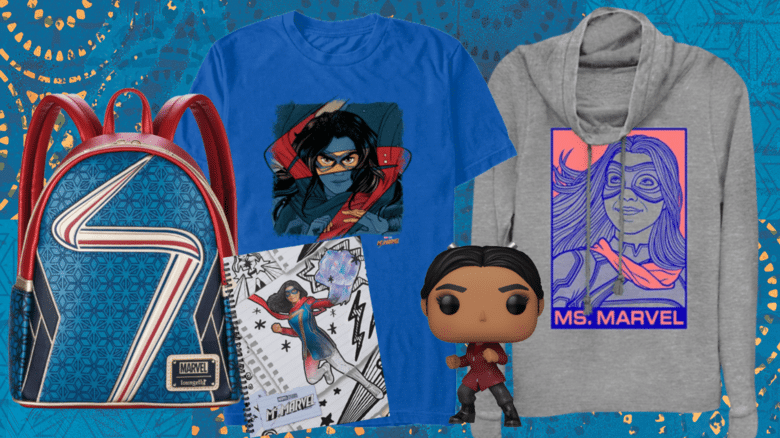