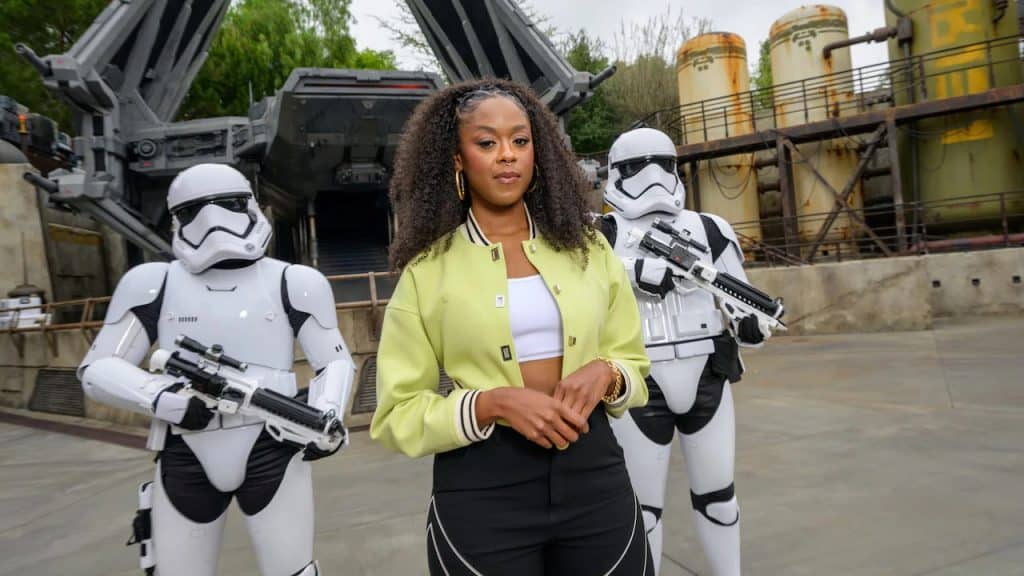 On her visit, she stopped by the Downtown Disney District to see a new “Obi-Wan Kenobi”-themed sand carving that was brought to life by two artisan sand carvers. The sand carving depicts Obi-Wan and his former apprentice, Darth Vader, and can be seen through the month of June.

In the new “Obi-Wan Kenobi”, set 10 years after the dramatic events of “Star Wars: Revenge of the Sith” where Obi-Wan Kenobi faced his greatest defeat—the downfall and corruption of his best friend and Jedi apprentice, Anakin Skywalker, who turned to the dark side as evil Sith Lord Darth Vader.

Moses Ingram plays the role of a Jedi hunter called Reva Sevander, an Imperial Inquisitor on a mission to hunt down remaining Jedi Knights after the execution of Order 66. One particular Jedi, Obi-Wan Kenobi, eludes her and drives her to act rashly and ruthlessly to find him. 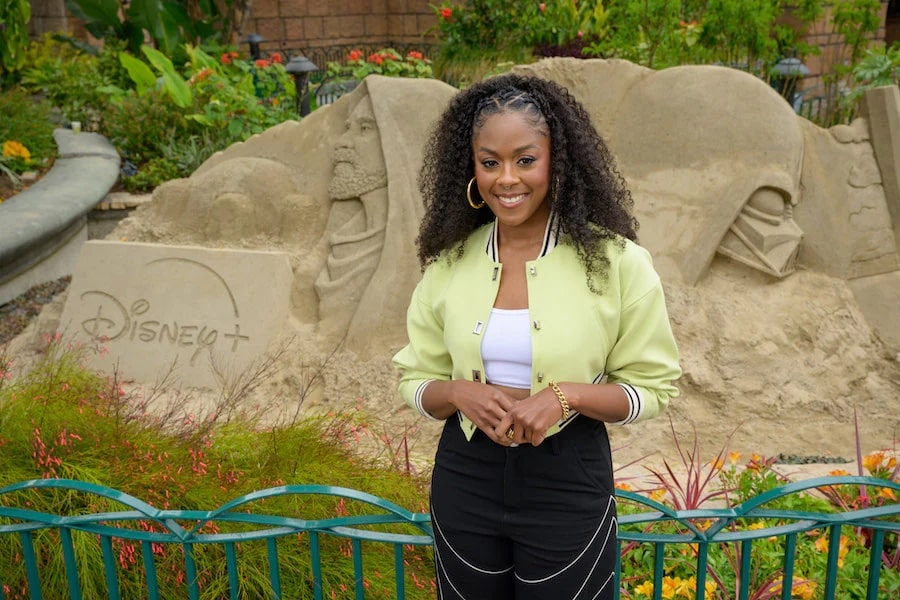 The first three episodes of “Obi-Wan Kenobi” are available to watch now on Disney+ and new episodes are being released on Wednesdays in June.