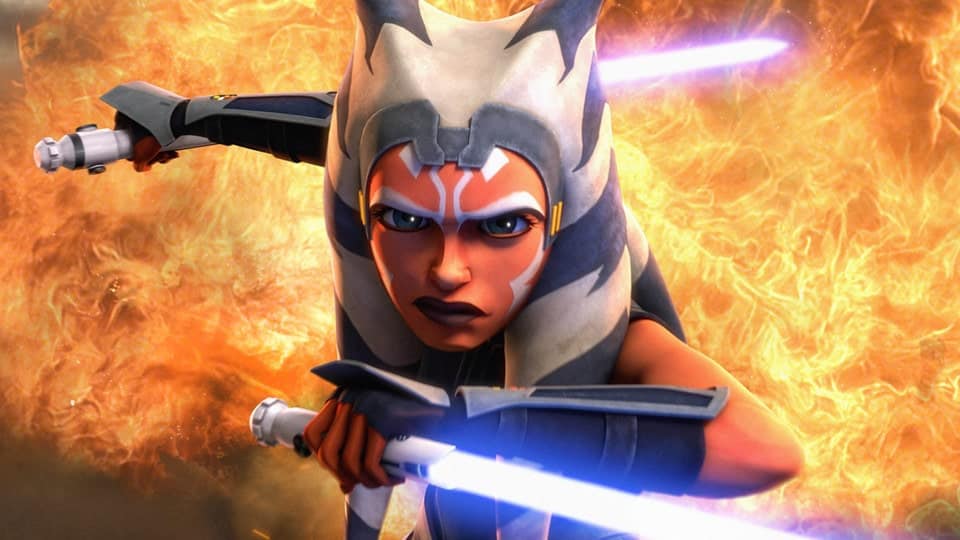 New details on the upcoming seasons season of Disney+ Star Wars series, “The Mandalorian”, have been revealed by Kessel Run Transmissions.

The second season will feature Ahsoka Tano, who will be played by Rosario Dawson and in some advertisement-exclusive footage, she is shown “wearing a grey cloak…. Ahsoka will be fighting two bounty hunter assassins.”

The location for this scene is hinted at being Mos Eisley Cantina, “It’s a very common location in Star Wars… You might go here to get a beverage.”

Disney hasn’t yet officially announced that the animated character, Ahsoka Tano, making her live-action debut in “The Mandalorian”.  With Star Wars Celebration originally due to take place at the end of August, it was probably initially planned for more details to be announced around now, just ahead of the show returning in October.

Are you looking forward to seeing Ahsoka Tano in “The Mandalorian”?