They acquired the global rights to both of these movies, except for Brazil and China.  While second window rights have been snapped up by France’s leading commercial network TF1, Brazil’s Gloob (Grupo Globo), Canada’s family channel Télé-Québec and the U.K.’s POP for regional rights. 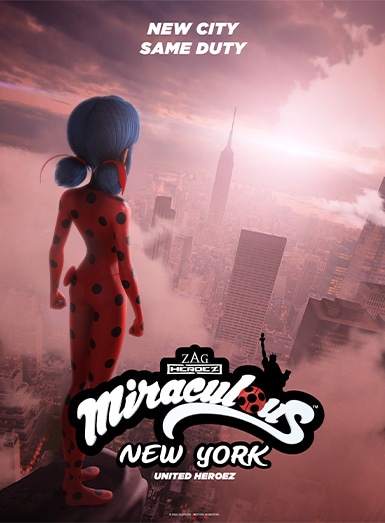 “With our two new movies, we’re expanding the world of ‘Miraculous’ like never before as Ladybug and Cat Noir explore New York and Shanghai, and meet new superheroes as they take on treacherous villains far away from their home city of Paris,” said Jeremy Zag, founder and CEO of ZAG.

This new deal will also see Disney+ pick up the rights to the first three seasons of “Miraculous: Tales of Ladybug and Cat Noir”.  It’s unclear when these series will leave Netflix in the US.  The first two seasons are already available on Disney+ in some countries such as the United Kingdom.

No release date has yet been revealed for these movies.

Are you looking forward to seeing new Miraculous World movies on Disney+?

Roger has been a Disney fan since he was a kid and this interest has grown over the years. He has visited Disney Parks around the globe and has a vast collection of Disney movies and collectibles. He is the owner of What's On Disney Plus & DisKingdom. Email: Roger@WhatsOnDisneyPlus.com Twitter: Twitter.com/RogPalmerUK Facebook: Facebook.com/rogpalmeruk
View all posts
Tags: miraculous world