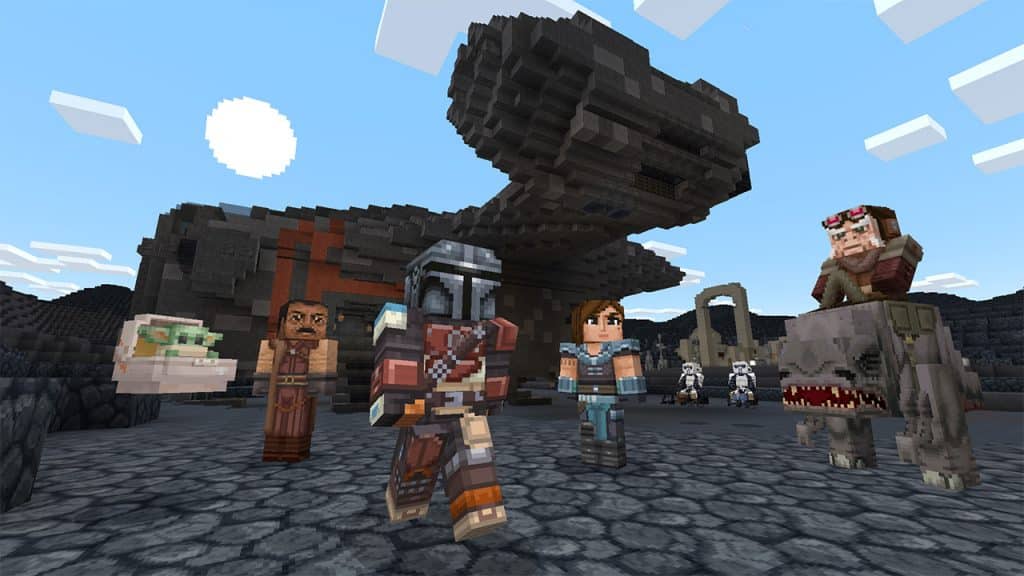 Microsoft has announced that a brand new Star Wars themed DLC pack for the biggest video game in the world, Minecraft, which includes content from A New Hope, The Empire Strikes Back, Return of the Jedi, and the Disney+ smash-hit series, “The Mandalorian”.  Characters including IG-11, Kruiil, Baby Yoda and the Mandalorian.

The pack is available for 1340 minecoins, which is the games own virtual currency, via the Marketplace.

Minecraft is available now on a variety of platforms including Xbox One, PS4, PS5, Xbox Series X/S, Nintendo Switch, PC and mobile.

Would you like to play as the Mandalorian in Minecraft?

Roger has been a Disney fan since he was a kid and this interest has grown over the years. He has visited Disney Parks around the globe and has a vast collection of Disney movies and collectibles. He is the owner of What's On Disney Plus & DisKingdom. Email: Roger@WhatsOnDisneyPlus.com Twitter: Twitter.com/RogPalmerUK Facebook: Facebook.com/rogpalmeruk
View all posts
Tags: minecraft, star wars, the mandalorian