Later this month, 20th Television is releasing a new eight-episode limited series called “Mike”, which is an unauthorized and no-holds-barred look at the life of Mike Tyson – and it is one wild ride.

“Mike” explores the dynamic and controversial story of Mike Tyson. The 8-episode limited series explores the tumultuous ups and downs of Tyson’s boxing career and personal life – from being a beloved global athlete to a pariah and back again. Focusing the lens on Mike Tyson, the series examines class in America, race in America, fame and the power of media, misogyny, the wealth divide, the promise of the American Dream and ultimately our own role in shaping Mike’s story.

The series has been created by creator/screenwriter Steven Rogers and the team behind “I, Tonya” and showrunner Karin Gist, executive producer of “Our Kind of People”.

However, recently, Mike Tyson, has come out swinging at the creators of the series on his social media, in several posts.

Earlier in the week, Mike Tyson posted an image with UFC owner, Dana White and a caption saying:

Hulu tried to desperately pay my brother @danawhite millions without offering me a dollar to  promote their slave master take over story about my life. He turned it down because he honors friendship and treating people with dignity.  I’ll never forget what he did for me just like I’ll never forget what Hulu stole from me.” 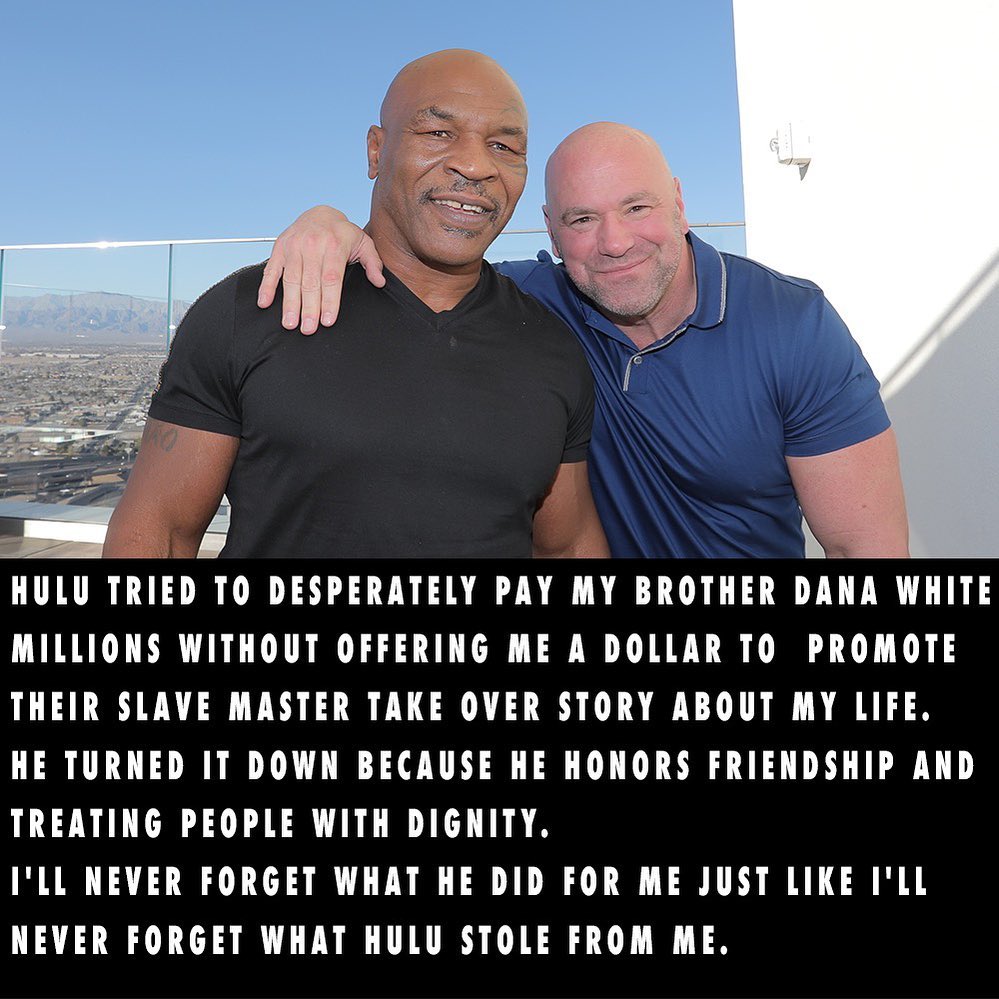 This was followed by another social media post saying:

Adding in the caption,

“Hulu is the streaming version of the slave master. They stole my story and didn’t pay me.”

Last week, Hulu took part in the Television Critics Association tour and the showrunner for “Mike”, Karen Gist, spoke about the unauthorized nature of the project.

“We just wanted to tell an unbiased story and have the audience decide what they think or feel.  Challenging what people think they know about Mike and hoping that they come away from the series with something else to think about. Whether you like him or hate him, does the story make you question how complicit society has been? That was the intention, that was the North Star for the writers’ room as we were crafting stories.”

The eight-episode series premieres on Hulu and on Disney+ in many countries, including Australia and Canada, on Thursday, 25th August 2022.  The series will also be released on Disney+ in the UK and Ireland on Disney+ Day on September 8th 2022.