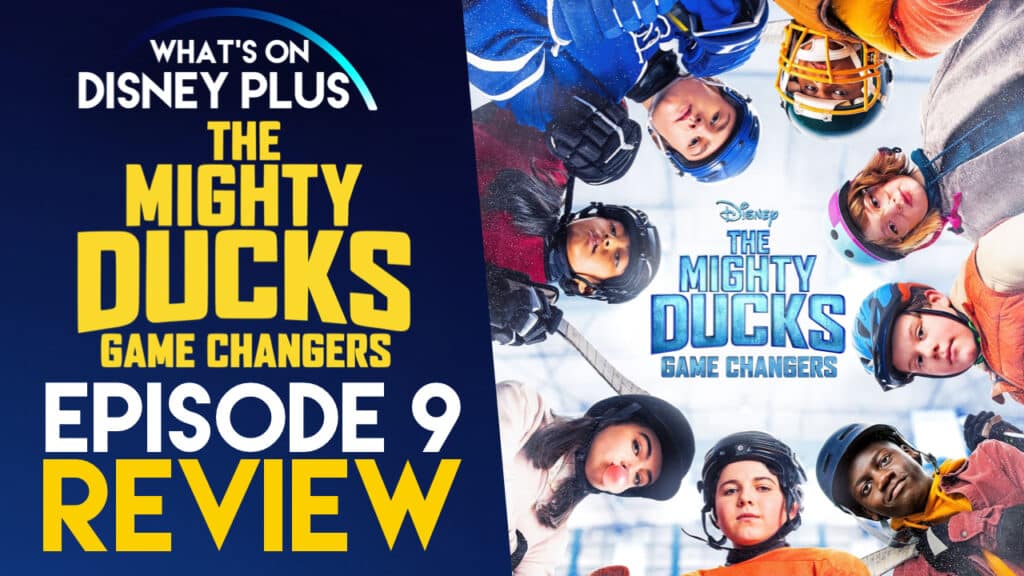 In the penultimate episode of the “Mighty Ducks: Game Changers”, the team head off on a road trip for the state finals, which brings them into direct competition with the “Mighty Ducks”, with some team romance also coming into play.

“The Mighty Ducks: Game Changers” is a strange series, when it first started, I thought that by being a series, it would benefit from having much more time to tell better stories, involve more characters and generally be more fleshed out than in the films.  This seemed to be working for the first few episodes; then it feels like the writers have tried to cram two seasons into one.

This series started out as a group of kids who couldn’t even stand up on the ice, but wanted to learn how to play hockey and have fun.  But now we’re heading into the finale where the “Mighty Ducks” and the “Don’t Bothers” are no doubt going to meet for the epic underdog vs Goliath showdown.  Yet it feels too rushed; in fact, the last few episodes feel rushed. 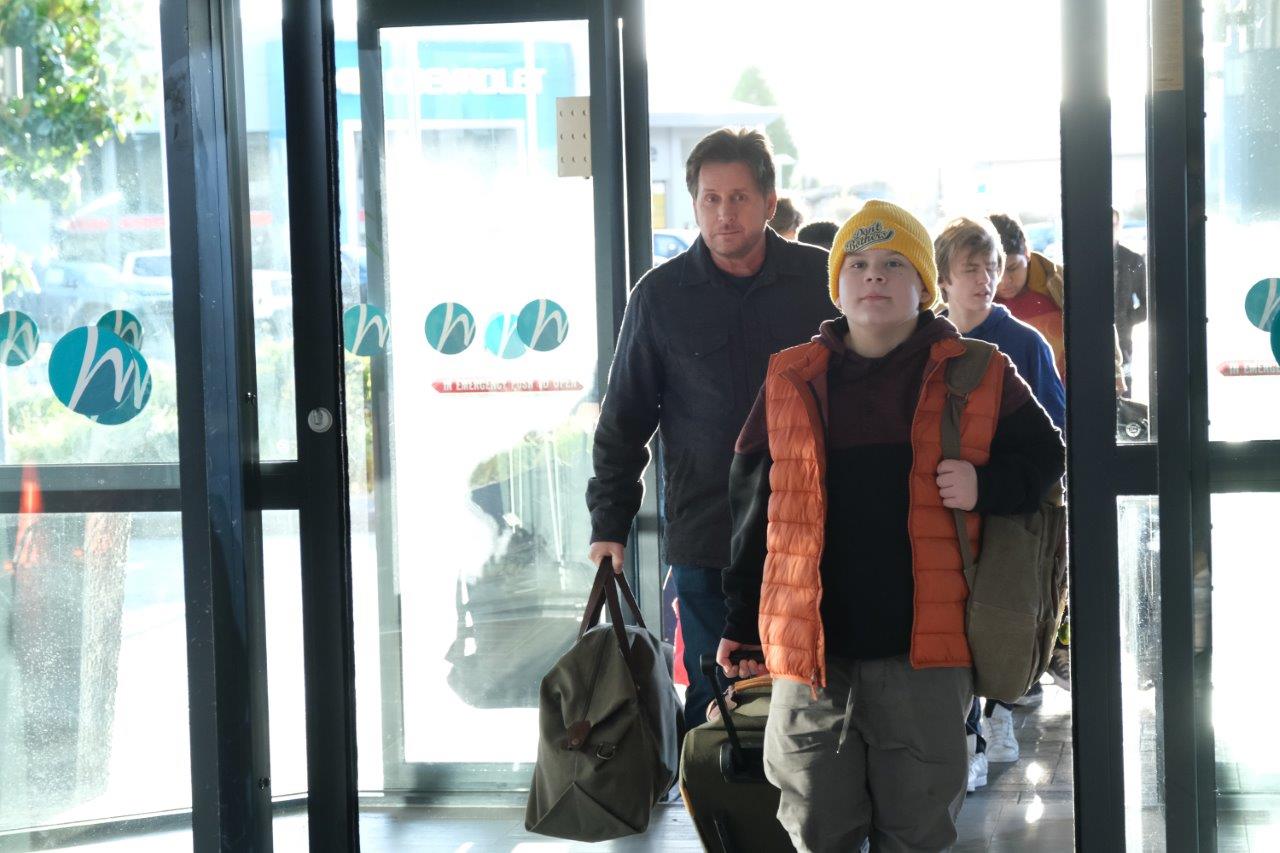 Last week’s cliffhanger sees the team deciding to fire Alex for becoming a pushy parent, who is only interested in winning.  This episode deals with that situation in the first 2 minutes.  She just accepts their decision and steps away, with barely a single word being said.   I actually couldn’t believe how quickly this problem was just swept aside in this episode.  This has happened in previous episodes, with episodes barely linking up, with not much thought going into using a story arc, other than the team eventually playing “The Mighty Ducks”.

One part of this episode I liked, was seeing Bombay relaxing in the bar with the Mighty Ducks head coach, you could see the double-cross coming from a mile away, and even the impact of that is handled within minutes. 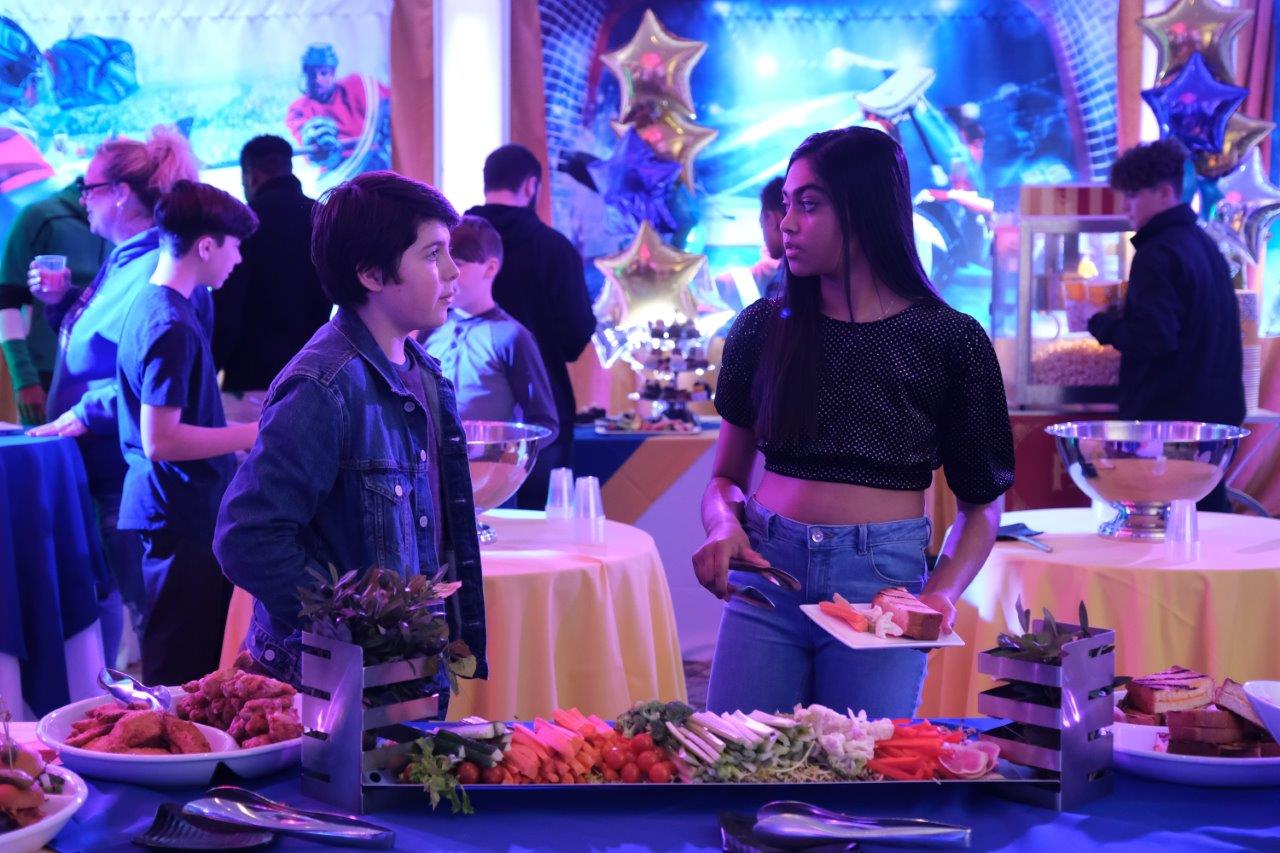 There is so much about this series that is enjoyable to watch.  The kids, while generally portraying traditional stereotypes, are interesting, and I want to know more about them.  It’s nice seeing them interact more in this episode as friends away from the ice and generally becoming closer together.  Then there’s Alex and Bombay’s relationship, which is a bit predictable but that hasn’t been touched in weeks.  And then there is the whole underdog story, that has also been rushed through.  How can one team member learn to skate in episode 7 but then be in a state final within 2 episodes?

“The Mighty Ducks: Game Changers” feels rushed, it has some great ideas, and I’m sure younger audiences will find the pacing ok, but for adults, I’m not sure it’s working.   I enjoyed this episode, but it’s taking shortcuts to whizz through a checklist of sport movie cliches.   It’s got its flaws, but it’s a nice show for younger Disney+ viewers, but there isn’t much to keep older audiences entertained.   I wouldn’t say “Don’t Bother” with this series, but with three High School drama series dropping weekly at once, “Mighty Ducks” is my least favourite.

Episode 9 is a solid episode, its got some fun moments, especially seeing the team being able to be kids, hanging out with one another, being awkward and generally just being kids.  But like most penultimate episodes, it’s about getting the finale set up and getting us ready to see the “Don’t Bothers” give “The Mighty Ducks” a run for their money.

Episode 9 of “The Mighty Ducks: Game Changers” arrives on Disney+ on Friday 21st May.

Roger has been a Disney fan since he was a kid and this interest has grown over the years. He has visited Disney Parks around the globe and has a vast collection of Disney movies and collectibles. He is the owner of What's On Disney Plus & DisKingdom. Email: Roger@WhatsOnDisneyPlus.com Twitter: Twitter.com/RogPalmerUK Facebook: Facebook.com/rogpalmeruk
View all posts
Tags: mighty ducks, review