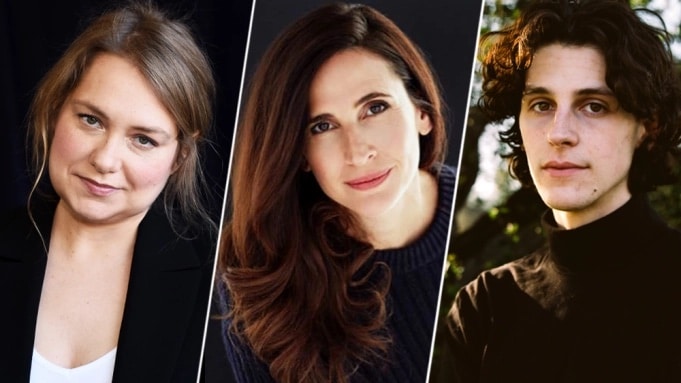 “Tiny Beautiful Things” is a half-hour series about a woman who reluctantly becomes Dear Sugar — an anonymous, revered advice columnist — when her own life is falling apart. Told in multiple timelines with astonishing intimacy, nerve and candor, she excavates the beauty, struggle and humor in her own life to show us that we are not beyond rescue, that it’s our stories that will ultimately save us.

According to Deadline, Merritt Wever, Michaela Watkins, and Owen Painter have joined the cast of the upcoming series.

Merritt Wever will be playing the role of Frankie, the resilient and resourceful single mother of Young Clare and Young Lucas (portrayed by Sarah Pidgeon and Painter, respectively), whose belief in abundance over scarcity, and putting oneself in the way of beauty, transforms her children’s life of poverty and becomes a touchstone for Clare (Hahn) as she takes up the mantel of the anonymous, revered advice columnist, Sugar, in the present.  Merritt Wever has previously starred in “Birdman”, Netflix’s “Unbelievable” and “Godless”.

Michaela Watkins will be portraying a character called Amy, who is an emerging novelist and the decades-long best friend of Clare, whose decision to remain childless and pursue an artistic career has been shaped by a mother loss of her own — though a different kind than Clare’s. And while their friendship is very real, each serves as an in-her-face reminder of the lives they could have had, had they chosen different paths.  Michaela has previously starred in “The Dropout” and “Casual”.

Owen Painter will be playing Young Lucas, the younger brother of Clare, whose life veers unexpectedly off-course after the devastating death of their mother, Frankie.  Owen has previously appeared in Hulu’s “The Handmaid’s Tale”.

Are you interested in the sound of this new series?

Roger has been a Disney fan since he was a kid and this interest has grown over the years. He has visited Disney Parks around the globe and has a vast collection of Disney movies and collectibles. He is the owner of What's On Disney Plus & DisKingdom. Email: Roger@WhatsOnDisneyPlus.com Twitter: Twitter.com/RogPalmerUK Facebook: Facebook.com/rogpalmeruk
View all posts
Tags: tiny beautful things