National Geographic’s latest documentary series is “Meet The Chimps”, which gives us a look at the “Chimp Haven” Chimpanzee sanctuary in Louisana. In the first episode, we get to see the chimps in their enclosures, how they are looked after by the staff and how they integrate new arrivals into the sanctuary.

“Chimp Haven” is home to over 300 chimpanzees, most of whom were retired from biomedical research. They live in a huge 200-acre refuge that is full of different enclosures, that try to encourage them to come together and have a good life, being out in the open, able to climb trees and live in social groups. Releasing the chimps into the wild isn’t a possibility because they just don’t have the skills required to do that, but this is probably as good as it could be.

This show focuses on the real-life drama that goes on at the sanctuary, which covers a wide range of issues such as food squabbles, alliances, romances, ‘bromances’, tears, tantrums, high jinxes and heartbreaks. The main focus on this episode was them introducing some new chimps, which helped introduce everything the sanctuary does and why.

There are many different “behind the scenes” shows currently available such as “Secrets of the Zoo” and the new “Magic Of Disney’s Animal Kingdom” Disney+ series, which I’m struggling to think of a reason why these two similar shows have arrived around the same time.  As I think having a little more time between these similar shows would have benefited “Meet The Chimps”, in addition to having the episodes drop weekly, rather than all at once. 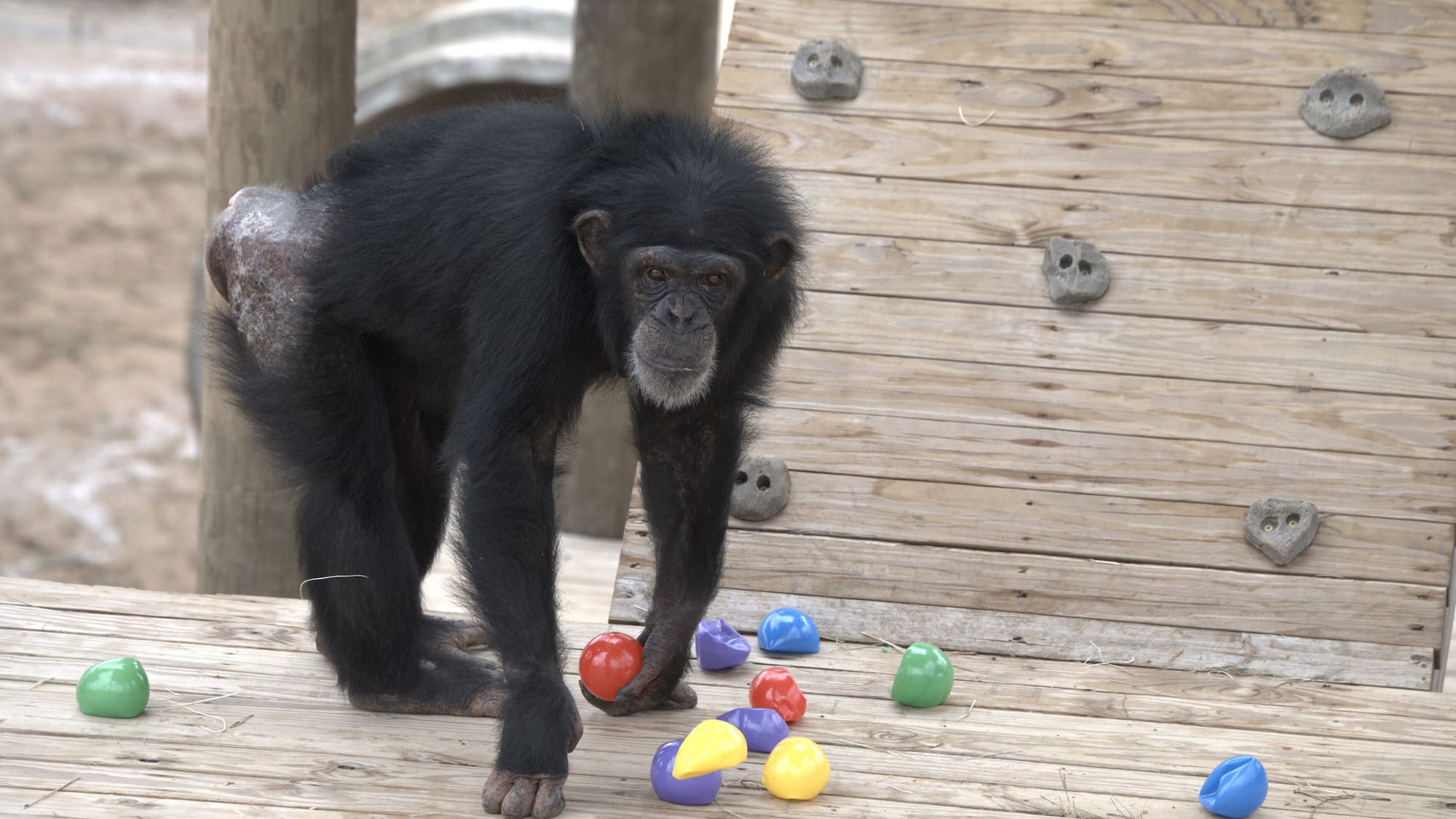 Unlike Zoos or the Animal Kingdom, “Chimp Haven” isn’t open to the public, only offering a few open days a year for guests or more expensive private tours. So this series does offer an opportunity for people to see what goes on at the sanctuary, without the need to disrupt the chimps.

The series consists of six episodes and is narrated by Jane Lynch, who you might know from hits like “Glee” or “Wreck-It Ralph”. Personally I found Jane Lynch’s narration style to be a little jarring, this could just be down to the script, which sometimes comes across as almost condescending.

However, it’s a common theme I find with many of the Disney+ documentaries, as they try to simplify what’s going on a little too childish. That doesn’t means “Meet The Chimps” is in the same league as “DisneyNature” documentaries. Using well-known actors might sound good on paper to bring extra viewers in, but sometimes it’s hard to hear past their previous characters. 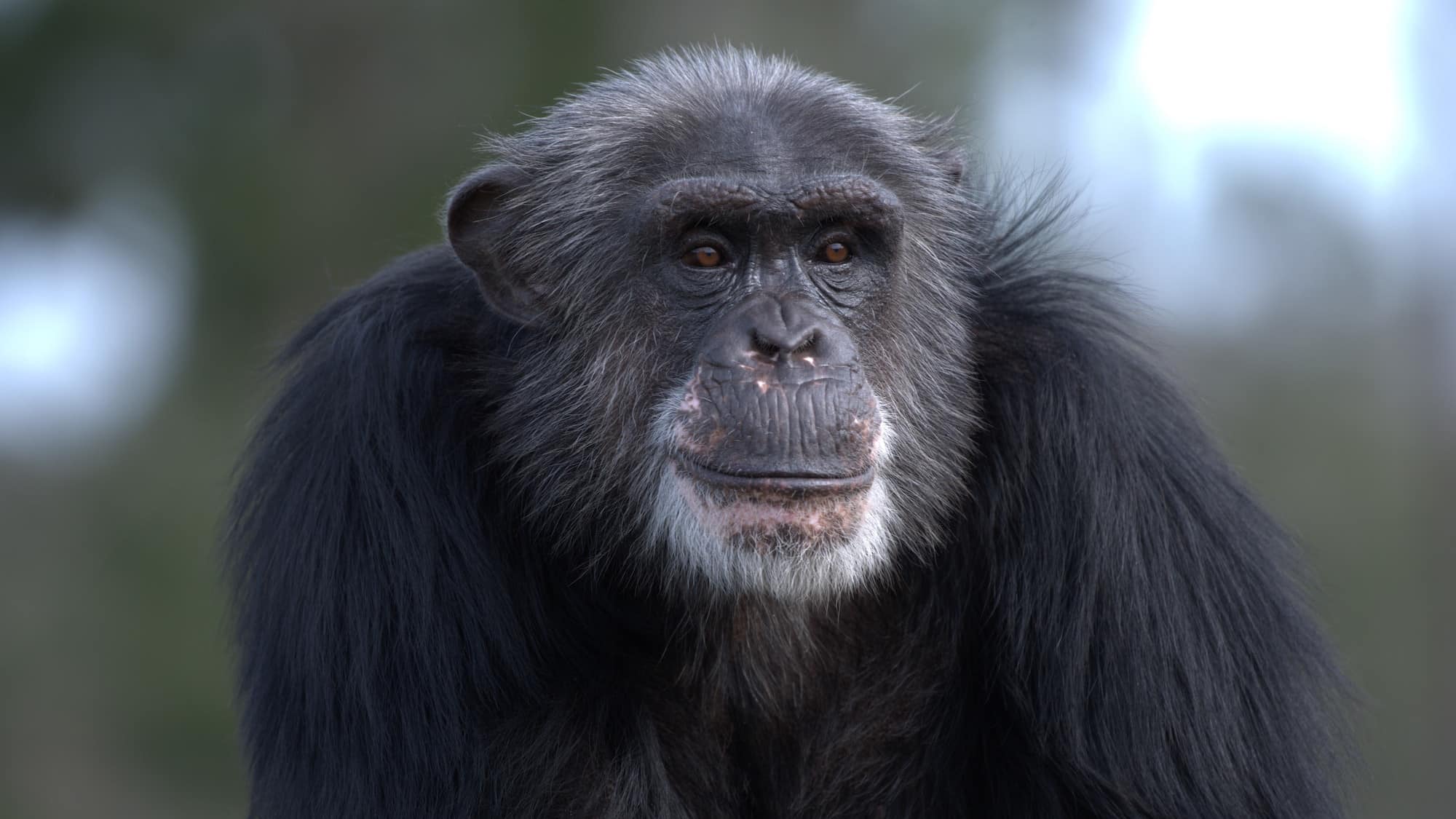 “Chimp Haven” has some very knowledgeable and caring staff working for them, when they talk about the Chimps, you can just tell they love what they do. When they are explaining what the Chimps are doing or what they are doing, it all seems so much more natural and thus more enjoyable to watch.

While I wasn’t blown away with the first episode of “Meet The Chimps”, it is a perfectly fine, well made documentary series about a Chimp sanctuary that gave me an insight into the world of a chimp and the sanctuary. It just doesn’t do anything new or exciting but does deliver exactly that you’d expect.

If you’d love to know more about chimpanzees or enjoy shows such as “Secrets Of The Zoo” or “Magic Of Disney’s Animal Kingdom”, you’ll enjoy “Meet The Chimps”. It’s a solid addition to the Disney+ Original library and worth checking out an episode or two if you’re a Disney+ subscriber.

Roger has been a Disney fan since he was a kid and this interest has grown over the years. He has visited Disney Parks around the globe and has a vast collection of Disney movies and collectibles. He is the owner of What's On Disney Plus & DisKingdom. Email: Roger@WhatsOnDisneyPlus.com Twitter: Twitter.com/RogPalmerUK Facebook: Facebook.com/rogpalmeruk
View all posts
Tags: meet the chimps, national geographic, review