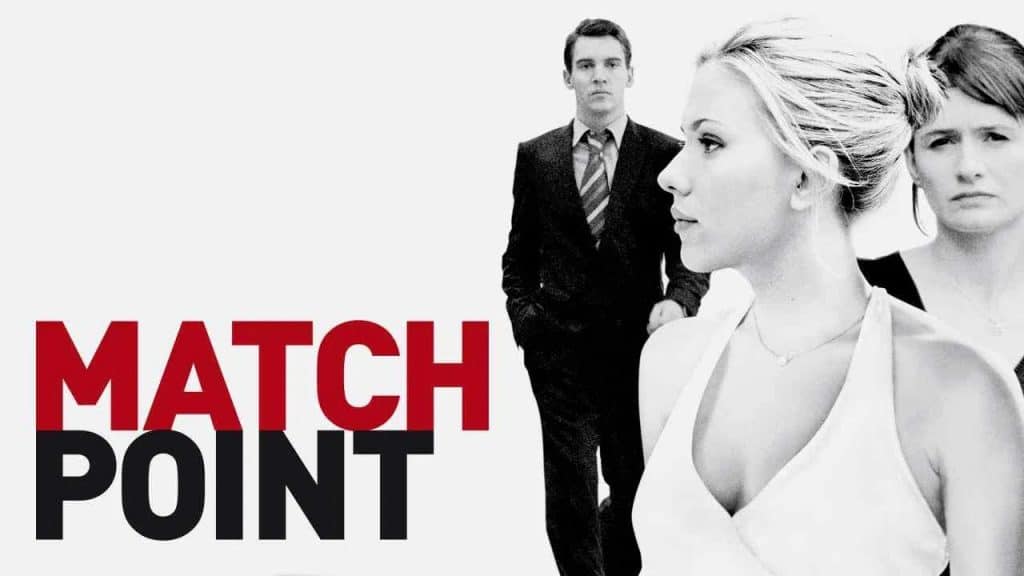 Disney has announced that the Woody Allen film, “Match Point” will be released on Disney+ in the United Kingdom and Ireland on Friday 22nd July 2022.

Scarlett Johansson (The Island), Jonathan Rhys Meyers (Bend It Like Beckham), Emily Mortimer (Lovely & Amazing), Matthew Goode (Chasing Liberty), Brian Cox (The Bourne Identity, The Bourne Supremacy) and Penelope Wilton (Iris, Calendar Girls) star in Match Point, a new dramatic thriller from writer and director Woody Allen. Match Point is a drama about ambition, the seduction of wealth, love, and sexual passion. Perhaps most importantly, however, the story reveals the huge part luck plays in events, refuting the comforting misconception that more of life is under our control than really is.

This film is being added to Disney+ to increase the amount of the British content available, to fulfil the European quota, but also to offer more films and shows that appeal to British audiences.

Are you looking forward to watching “Match Point” on Disney+?

Roger has been a Disney fan since he was a kid and this interest has grown over the years. He has visited Disney Parks around the globe and has a vast collection of Disney movies and collectibles. He is the owner of What's On Disney Plus & DisKingdom. Email: Roger@WhatsOnDisneyPlus.com Twitter: Twitter.com/RogPalmerUK Facebook: Facebook.com/rogpalmeruk
View all posts
Tags: match point