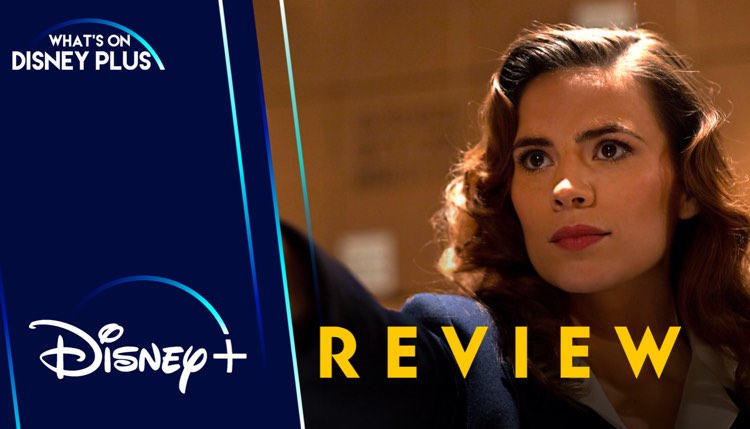 Following the events of World War II, Agent Peggy Carter is still working for the Strategic Scientific Reserve, but is now facing sexism from her superiors that she didn’t experience in the events of “Captain America: The First Avenger.” Growing frustrated by not going on missions, she takes it upon herself to go on a mission in the Marvel One-Shot, “Agent Carter.” She completes the mission with relative ease. That leads her old friend Howard Stark to call and let her superiors know that she will be heading up a new division called “SHIELD” and they must tell her it was “an honor” to tell her about the promotion.

The popularity of this One-Shot, when it was originally released in 2013, helped pave the way for the Agent Carter TV series that aired for two seasons. That was a hidden gem of a show that should’ve gotten a longer run, but ABC’s decision to air it during the summer in the US really hurt its growth potential. I love anything that helps set up that series, because I really enjoyed that series. Plus, it means more Hayley Atwell as Peggy Carter, which is something I’m always in favor of. I loved her in “Captain America: The First Avenger.” I loved her the “Agent Carter” TV series. I loved her turn as Captain Carter in “What If…?” And, I loved her in this One-Shot. Anytime we can get more Hayley Atwell in the MCU, I’m all for it. In a way, this One-Shot is even better than that series. We get to see the unnecessary sexism that she faces without it going overboard to meet a 42 minute run time. The One-Shot is able to cut out anything superfluous and just focus on the main story which is a vast improvement over a lot of movies and TV shows. While the expansion in the series is done amazingly well, there is definitely some filler and there’s no room for filler in a One-Shot.

I’m not going to assume I know anything about the level of sexism that women have faced in the workplace. I know any knowledge I have on that subject is superficial at best. I also know there are groups of people who immediately cry “SJW” when anything points out these issues, even when we have documented evidence these issues were prevalent, especially in the late 1940s and early 1950s USA. But, I loved seeing Bradley Whitford’s character get his comeuppance. He wants to punish Agent Carter for not only being good at her job, but showing him she’s good at her job. He deserved every bit of punishment he receives. And, playboy inventor Howard Stark is the perfect person to deliver the news because he comes across as someone who doesn’t take anything seriously, even though he clearly takes science seriously. Plus, Whitford is great at playing jerks, like he did in “Billy Madison,” so I love seeing his characters get comeuppance.

So far, this is my favorite of the One-Shots released onto Disney+. I don’t know if it’s because I’m such a fan of Hayley Atwell’s work, how well the Agent Carter character is written across the entire MCU, or if it’s because this leads into one of my favorite hidden gems of Marvel television. But this one is fun with the right amount of action and the true hero saving the day.

What did you think of “Marvel’s One-Shot: Agent Carter?”

Jeremy has been a big Disney fan since he was a kid growing up during the Disney Renaissance. One day he hopes to go to every Disney Park in the world.
View all posts
Tags: disney, Marvel, One-Shot, review