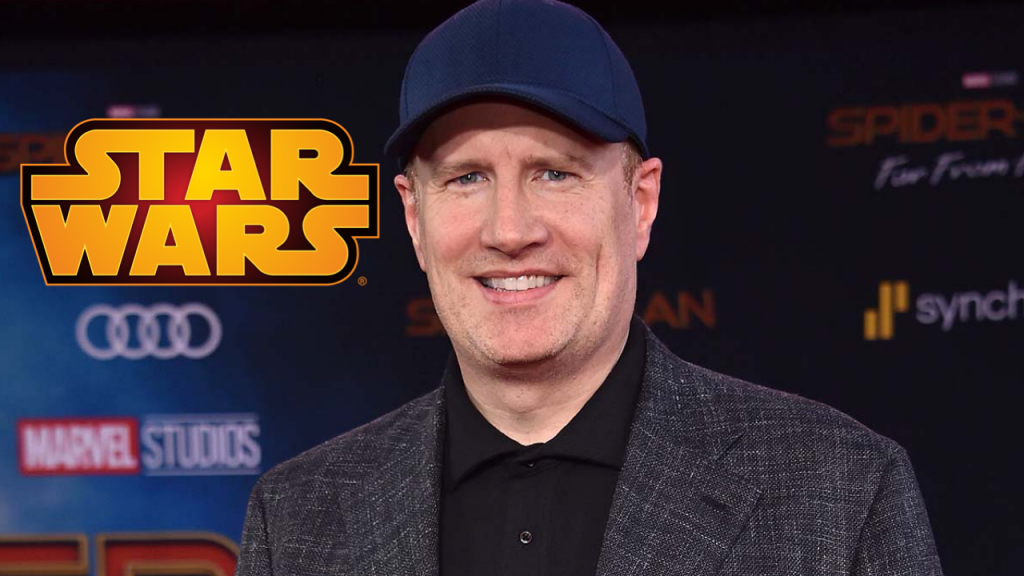 After the huge success of the Marvel Cinematic Universe, Marvel Studio’s Kevin Fiege is set to take on the world of Star Wars and produce a new movie according to the Hollywood Reporter.

Walt Disney Studios chairman Alan Horn made a statement to confirm the news:

We are excited about the projects Kathy and the Lucasfilm team are working on, not only in terms of Star Wars but also Indiana Jones and reaching into other parts of the company including Children of Blood and Bone with Emma Watts and Fox.

With the close of the Skywalker Saga, Kathy is pursuing a new era in Star Wars storytelling, and knowing what a die-hard fan Kevin is, it made sense for these two extraordinary producers to work on a Star Wars film together.”

And he apparently already has told a major actor that he has a specific role for them to play in his Star Wars movie.

Lucasfilm president Kathleen Kennedy will remain in charge of the division, but this move would give him an opportunity to flex his creative skills away from superheroes.

Later this year, Rise of The Skywalker will be released, which is apparently the end of the “Skywalker Saga”.  But there are many more movies scheduled including a new trilogy from Game Of Thrones creators David Benioff and DB Weiss plus another trilogy from Last Jedi’s Rian Johnson.  In addition to new Star Wars Disney+ shows The Mandalorian, the Rogue One prequel and a Obi-Wan Kenobi series.

However Disney CEO Bob Iger has said they’ve pushed fans too much with too much Star Wars content too quickly, so it might take a while for these new movies to be released.

What do you think of Kevin Fiege taking on a Star Wars movie?