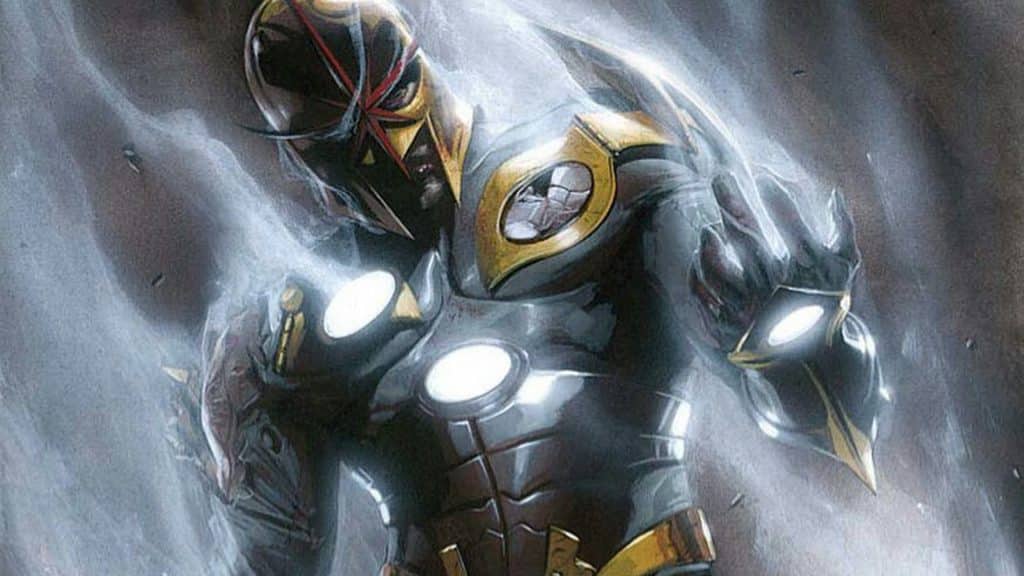 While Disney might not be able to film any new Marvel movies or Disney+ shows, they are working on a number of new projects in development.  The latest rumor from Illuminerdi  is that Marvel is now in the early stages of making either a feature film or a Disney+ series featuring Nova.

Nova is a superhero with many abilities including flight, superhuman strength, speed, and durability.  He has also been a member of many superhero teams such as the Guardians of the Galaxy, throughout his comic book history, which began back in 1966.

Very little is known about the project at the moment, but the character is one of the most popular Marvel characters that hasn’t yet appeared on the screen in a live action format, however has appeared in multiple animated series.  Many have been expecting the addition of Nova to the MCU since the Guardians of the Galaxy movie featured the Nova Corps.  The character was even included in the original script, but was removed and Nova was also at some point going to be part of the Infinity War storyline, where he was going to warn the Avengers of Xandar’s destruction, however they decided to use the Hulk for this scene.

What do you think about Nova getting his own Disney+ series?